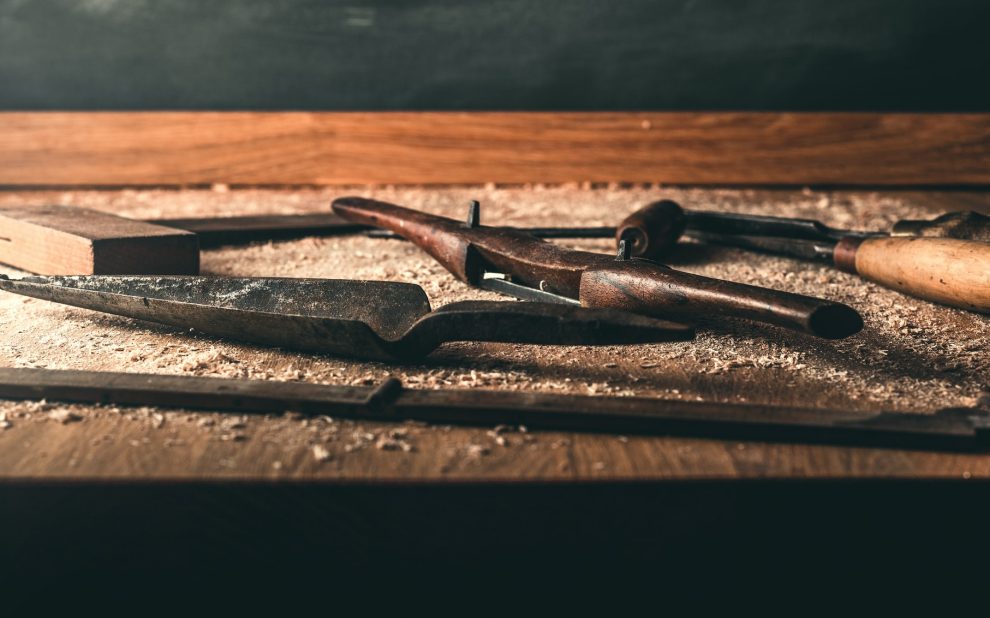 Did Jesus have a real job? This is the question behind the question, which sounds a bit dismissive: as if teaching, preaching, and healing—not to mention redeeming the world—weren’t occupation enough!

Let’s pause for a moment to consider what we mean by work. At birth we can’t talk, walk, or fend for ourselves, all of which we’re obliged to learn in short order. We’re hardly articulate and mobile before we’re sent off to school to be socialized, educated, and prepared for the workforce. Around age 16, many of us earn our first paycheck, humble as it is. Yet obviously we’ve been hard at work since we emerged from our mother’s womb.

Before the modern era, childhood and adolescence weren’t acknowledged as distinct stages of development. School was out of the equation too. Young women fetched water from wells and learned how to harvest food, cook, and sew as soon as they were physically able. Young men were inducted into their father’s trade on a similar schedule. If Joseph were a carpenter, we can be sure Jesus started learning the trade as soon as he could pick up a tool.

But wait: Was Joseph of Nazareth really a carpenter? The gospels don’t say so. His trade is unmentioned in stories concerning Joseph, admittedly few. Only twice is the word carpenter used in the Christian scriptures: when Jesus is identified as “the carpenter’s son” (Matt. 13:55) and “the carpenter” (Mark 6:3). If one statement is true, the other is likely true as well, as we’ve noted. But the trouble may lie, as it often does, in translation.

In the Hebrew scriptures, the word carpenters appears 11 times, mostly in tandem with the words masons or stonecutters. The Hebrew word used means “carver,” so when building projects were underway, both carvers of wood and of stone were needed. Only once, in the Book of Wisdom, is a carpenter described distinctly as a woodworker in the making of idols.

In the references from the Christian scriptures to Jesus as a carpenter or the son of one, the Greek word used both times is more correctly translated as “craftsman” or “artisan.” Such a person might carve stone or wood as the job required, although it’s possible some specialization was embraced by the truly gifted. More likely, a carver would be glad to work in whatever medium was required by the project he was hired for.

What’s evident to scholars of biblical lands is that trees were always in short supply around Nazareth, whereas stone quarries were plentiful. Most structures dating back to the time of Jesus around Galilee are composed of stone—those that survive, anyway. Chances are both Joseph and Jesus did more masonry than carpentry, that is, if they didn’t work exclusively in stone. Jesus the craftsman was certainly very familiar with why a stone would be rejected by the builder. And how rare indeed that such a rock would become the cornerstone.

We need more women in the lectionary