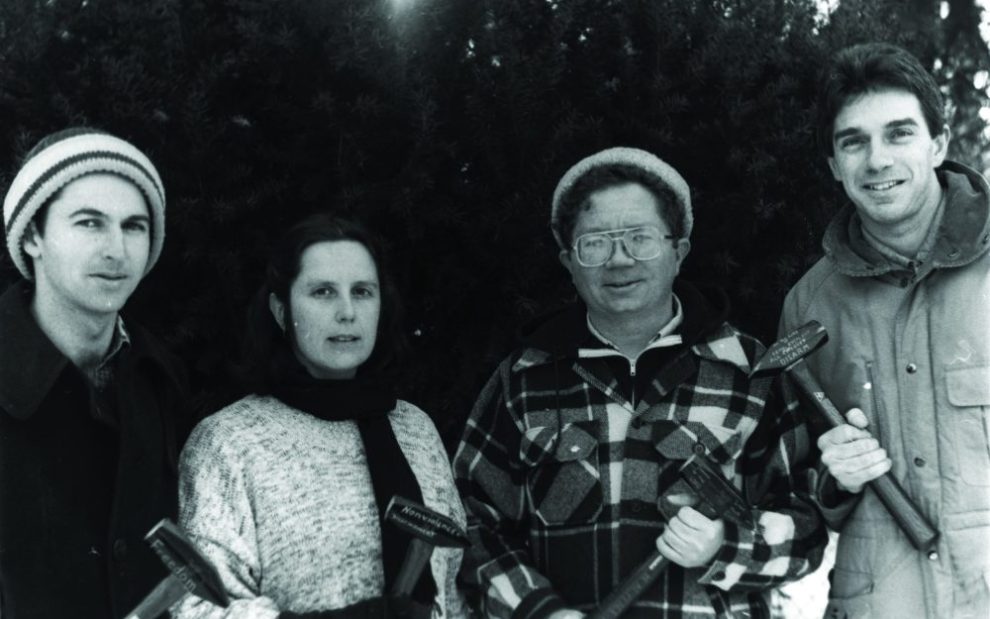 “In the last days it will be, God declares, that I will pour out my Spirit upon all flesh, and your sons and your daughters shall prophesy, and your young men shall see visions, and your old men shall dream dreams” (Acts 2:17).

I read every day. In my room, there are several books from which I read reflections from St. Thérèse of Lisieux, the ancient church fathers and mothers, Thomas Merton, Dietrich Bonhoeffer, Pope Francis, the saint of the day, and others. Today, one of those books is Rosalie G. Riegle’s Dorothy Day: Portraits by Those Who Knew Her (Orbis Books).

In Riegle’s book, Tom Cornell speaks of the first Catholic Worker Friday night meeting he attended: “In the question-and-answer period, somebody got up and talked about people having a natural right to basic security. But Dorothy said, ‘Security. Why talk about security? The young people here tonight don’t need to hear about security. Great things need to be done and who’s going to do them but young people? And how are they going to do them if all they’re thinking about is their own security? Laying aside treasure for the morrow? Let the morrow take care of itself. Consider the lilies of the field, how they grow.’ ” Cornell describes himself as “breathless” as Day spoke.

January 6 was the 35th anniversary of the Epiphany Plowshares. On that morning four of us, two laypeople and two priests, went to Willow Grove Naval Air Station in Warminster, Pennsylvania, northwest of Philadelphia, to do an act of civil disobedience. The Plowshares act had a double focus: nuclear war and the undeclared war in Central America supporting the freedom fighters, as President Reagan termed them.

Before committing to this Plowshares act, I took three months to reflect and pray, considering the act, the reaction of the Archdiocese of Philadelphia, the reaction of my family and friends, and the real possibility of imprisonment. In the fall of 1986, I gave my response: I would risk everything to be faithful to the leading of the Spirit.

Afterward we waited several hours at the site to be arrested. We then had two trials in federal court, where we admitted to our actions. After a hung jury at the first trial, the government offered to drop our choice of felonies. After the second hung jury, the government offered to drop all the felonies. I accepted their offer due to the emotional strain on my family.

Taking the Alford plea, the federal judge, using the misdemeanor charge of trespassing, sentenced me to three months of imprisonment in the Federal Correctional Institution Loretto, a former Franciscan seminary. Upon release, Cardinal John Krol, with whom I corresponded during my imprisonment, graciously accepted me back into the diocese.

I think of the young people of my time who inspired me with their willingness to insert themselves into history such as Jean Donovan, Mev Puleo, and John Leary, along with more contemporary young people such as Malala Yousafzai and Greta Thunberg. These leaders are willing to risk everything for others. As Day said, “Great things need to be done and who’s going to do them but young people?”

I end with this quote from Pope Francis at the 2021 World Youth Day: “Arise! Uphold social justice, truth and integrity, human rights. Protect the persecuted, the poor and the vulnerable, those who have no voice in society, immigrants. Arise!”