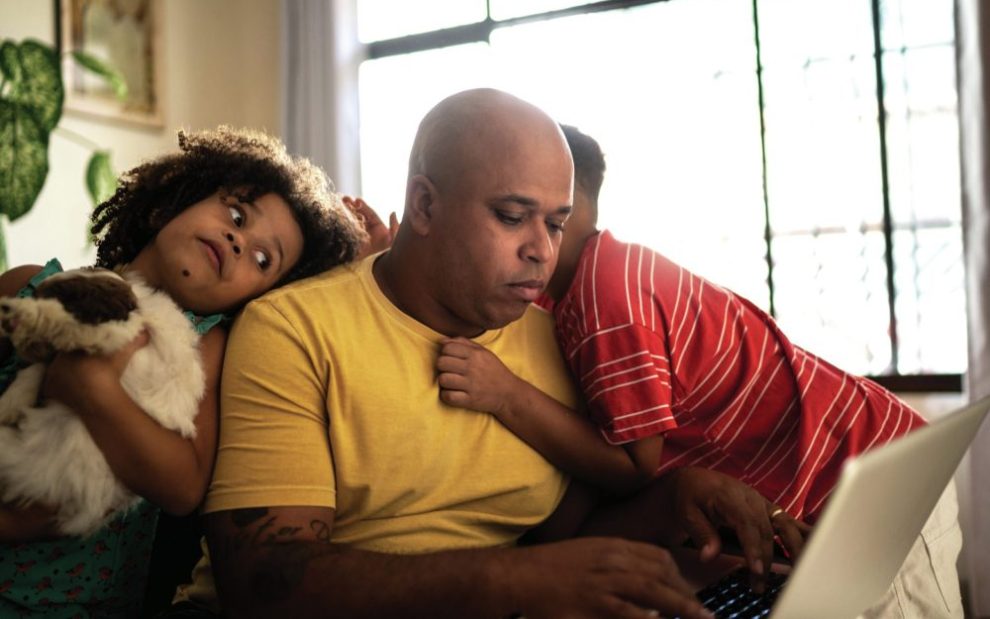 The events of recent history that have coincided with the early years of my kids’ lives have one consistent and persistent quality: their capacity to unnerve and even reduce me to a tangled mass of anxiety.

These events include the rise of popularist demagogues around the world, a surge in white nationalism at home, a destabilizing disregard for science and even truth, an ever disintegrating political discourse, and an evaporating sense of solidarity. Between climate change on the rise and democracy in decline, social scientists speculate openly about the end of civilization. It all makes for exquisite doom scrolling whenever I check the news on Twitter (not a move I advise).

Also, I’ve grown quite fond of my little ones. Why on Earth would I want to push them out into this? Taken together, it all has a harsh, dystopian edge that makes me worry about what horrors my kids will see in their life spans.

While having kids blessedly reorders one’s priorities toward the needs of someone else and the joyous beauty of human development, the parental impulse to protect also factors in here. As Queen and David Bowie put it so well, “It’s the terror of knowing what this world is about.” After all, parents raise kids to send them out into the world. What does it mean when the world simply refuses to cooperate in making this a happy prospect?

When I look for a response from the church, I see my fellow Catholics on the political right acting out of some sense of being culturally besieged. I also see a crop of aspiring state legislators openly promising not to certify future U.S. election results in their states if they don’t approve of the winner. In the face of this nihilism, I imagine the majority of U.S. bishops would respond by asking where these candidates stand on legal abortion.

But in spite of this, I am grateful for the witness of three people: Pope Francis, St. Pope John XXIII, and Jesus.

Pope Francis is providing an alternate path at this moment: Reject a culture that treats human beings as disposable, that seeks protection in strongmen whose view of power is about arrogant dominance and not humble service. Seek to live with mercy. Pope Francis models a sturdy combination of deeply centered, purposeful action for the common good and prophetic denunciation where necessary. He too is someone who saw his world go to hell in his 30s with Argentina’s Dirty War. He’s a witness of brutally earned wisdom.

Jesus commands us not to worry, full stop.

St. Pope John XXIII modeled both purpose and serenity when the world seemed to be going to hell: He was famously a medic during World War I and, as a Vatican diplomat in Eastern Europe, issued blank baptismal certificates to Jewish families fleeing the Nazis. Yet he still had the confidence to throw open the windows of the church at the Second Vatican Council rather than batten down the hatches. Even as the Cuban Missile Crisis and Vatican II began, St. Pope John XXIII explicitly rejected the prophets of doom.

Jesus commands us not to worry, full stop. “Sufficient for a day is its own evil” (Matt. 6:34) is such a wonderful phrase.

But how can I live that? One great antidote to worry is gratitude, to recognize not only God’s abundant blessings in the midst of the here and now, but also the relatively egregious privilege around me that even permits my worrying about my children to occupy such an abstract place. Their material needs are met, and they are not oppressed by war or discrimination.

But with material security comes the incredible undertow of temptation to turn inward: The world isn’t in a great place, so we might as well carve out our own little piece of comfort while we are here. To do this is to take away all the wrong lessons.

A deceased priest friend, who was about my kids’ age as World War II was breaking out, once noted in a homily, “If the world’s problems have to be solved before I stop breathing, we’re in trouble.” He was also fond of noting that God “grades on effort.” God challenges us to trust more deeply in grace and goodness, to relinquish the illusion that we are in control of anything, and, at the same time, to recognize our agency and duty to be the change we allegedly want to see in the world.

God challenges us to trust more deeply in grace and goodness, to relinquish the illusion that we are in control of anything.

It feels almost quaint to think of America in World War II channeling our collective will into routing a powerful enemy that stood for dehumanizing evil. I had never heard the phrase “America First.” But rather than focus on the past, the lesson is really in putting my attention where it’s truly merited—my kids, right here and now. Love and concern for their present and future is the ultimate motivator of any work, large or small, toward securing a brighter, less brutal future for them and everyone.

But this also means being present to them as a happy, unworried dad. Kids don’t miss anything, and if their primary memory of me is of someone endlessly refreshing his phone to see what new horrors the world holds, they will become hardwired to operate within their own anxieties. And having a dad too worried and distracted to prioritize them will only reinforce that.

Kids are a gift. There’s a reason the arrival of a new baby is heralded as a sign of renewed hope. Here’s someone who’s innocent, who has a fresh start, who hasn’t amassed any life baggage or soul-killing scars or jadedness. Here is someone who looks at the world the way so many of us wish we still could. We owe them our best effort to bend the arc of human events in that direction.