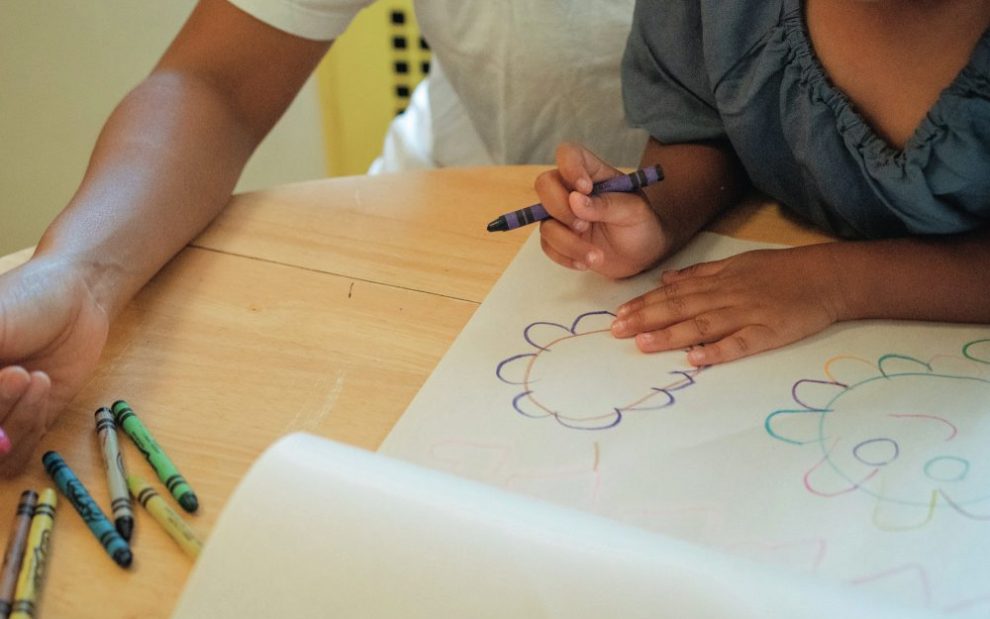 One of the finest fruits of this now multiyear global pandemic has been the extended time it allowed me to spend with my three children. By working from home and avoiding a nearly two-hour round-trip commute, I added about 10 hours a week of quality family time. That’s not even counting the extra time I would have spent in the office most evenings when the inertia of my to-do list refused to let me leave at quittin’ time.

That means that in the past year I had more than 500 unexpected hours with my wife and kids. While I certainly didn’t live every one of those precious moments to the fullest, there’s a palpable difference in my relationship with my kids today—a level of connection and affection that was undoubtedly abetted by that extra time.

As most parents of young children sheltering in place can attest, it wasn’t always easy spending hours trying to entertain my then 3-year-old daughter, Maddie, and 1-year-old son, Charlie, without the outside stimuli of preschool, playdates, or even playgrounds. We had to get creative, and that’s literally what Maddie and I did.

It all started with a series of YouTube videos by Mo Willems, the celebrated children’s author who wrote Don’t Let the Pigeon Drive the Bus! and created the legendary (in my household, at least) Elephant & Piggie series of books. In the early days of the pandemic, Willems offered “Lunch Doodles,” in which he taught children to draw some of his beloved characters.

Maddie and I had previously done a little drawing together. I would look up a requested picture on my phone and then draw what can best be described as Times Square–costumed mascot versions of assorted Disney characters, Muppets, and other cartoons. But these were artistic masterpieces to Maddie, and she would color them and hang them up by her bed.

The Willems videos unlocked a whole new creative process for us, as Maddie would now also try her hand at drawing some characters. When the tutorial was complete, we would switch drawings and color each other’s art, often displaying our latest work on the kitchen wall.

As the pandemic progressed, so did Maddie’s skill and interest in drawing. For a while, we were doing one per day. When we ran out of Willems’ videos, we moved on to the Art for Kids Hub, an endless treasure trove of blessedly brief, easy-to-follow YouTube tutorials in which an enthusiastic dad draws alongside his kids. We soon amassed a binder brimming with our pandemic art.

There’s something beautiful about recognizing pieces of myself in my daughter.

Maddie’s confidence grew to the point where she wanted to lead me in a tutorial of her own design—borrowing phrases and intonations from the Art Hub dad as she instructed me to draw a “rainbow line” to complete the top of Princess Jasmine’s hair and add “highlights in the eyes to make her look friendly.”

But it wasn’t all rainbow lines and highlight eyes. Maddie seems to have unfortunately inherited my childhood impatience and instant frustration at making mistakes or lacking in ability. When I struggled with my math homework as a child, my parents would try to help me, but that would usually set me off further into a tear-soaked refrain of “I’ll never understand this!” and “Why is it so easy for you?”

For Maddie, this most often manifested itself at the end of our drawing sessions, when we would increase the eventual value of our finished products by writing our names and the date on our canvases. In her defense, the numbers two and five are easy for a 3-year-old to mix up, and what preschooler can definitively say which way a capitalized letter E is supposed to point?

As she faced these struggles, I could almost hear the blood pumping faster through her young blood vessels. Her face contorted into a scowl, with tears sometimes appearing by the time she lifted her marker from the page. As she grew older and more advanced in her writing abilities, the mistakes became less frequent, but the frustration with the remaining errors became more palpable.

Even in unfortunate moments such as these, there’s something beautiful about recognizing pieces of myself in my daughter and knowing that I’m in the best position to understand her. When one of her rainbow lines was slightly out of place, I helped her see and relish an opportunity to add further creativity to her drawing to make it more unique.

If one of her letters or numbers couldn’t even be saved through major reconstructive surgery, I would cross it out for her and ask what she could do to turn it into a decoration or stylish flourish. Her go-to solution became adding wings to each side of the vertical black mark to turn it into a butterfly.

Can you imagine God’s joy when we transform the ugly caterpillar of our mistakes into a beautiful butterfly?

I can’t describe what the instant lift to her spirits did to my heart. It was another moment of divinely revealed truth through parenting. God sees all of our mistakes and loves us through them anyway. God watches us cower in fear of making mistakes or lash out in anger when we do. God grieves when we despair over our mistakes and longs to help us forgive ourselves. God also sees when we recognize mistakes and amend them. Can you imagine God’s joy when we transform the ugly caterpillar of our mistakes into a beautiful butterfly? I couldn’t before, but I have a glimpse of that now.

The Art Hub channel frequently posts challenges to its viewers, and a recent one urged kids to draw a card with a photo of their hero and a message about why that person deserved such distinction. A few days after the challenge was issued and accepted, I received a card from Maddie with “Dad” written on the front above a portrait of a man. Written inside in the familiar font of her handwriting, it said, “Dad I love you.” Below the “I” was an unmistakable mistake butterfly. After that, my wife’s hand had taken over writing duties for the remainder of the lengthy message, but the message itself came directly from Maddie: “Because you do drawings with me, and when I make mistakes, you help me fix them.”

So here’s an artistic challenge from Maddie and me: As you paint your way through life, don’t be afraid to add a few more butterflies to your canvas.