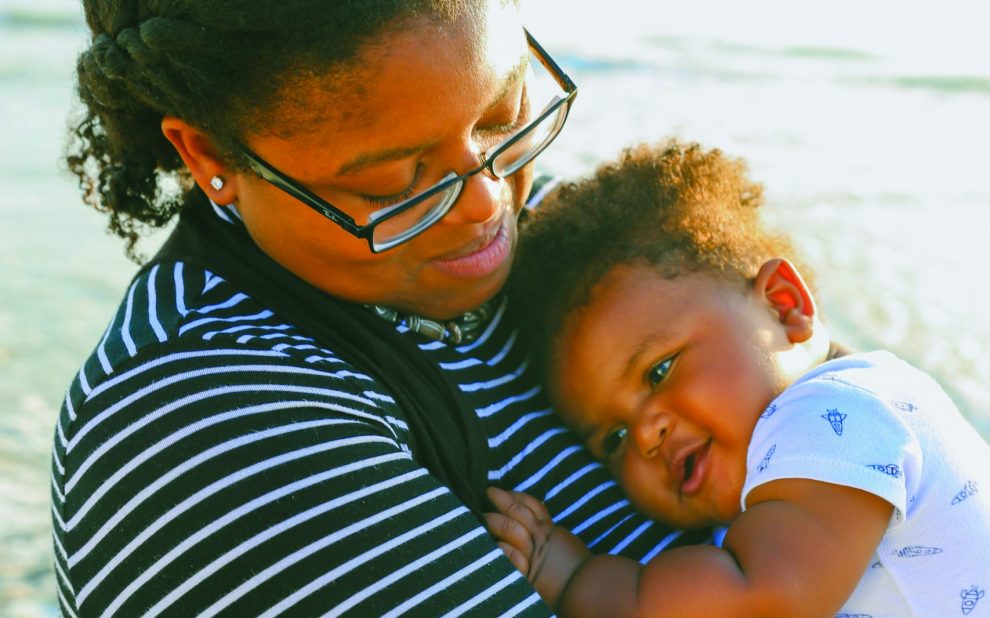 We are all familiar with the story in the Gospel of John when Jesus encounters a woman accused of adultery, the penalty for which is death by stoning. The Pharisees in this narrative exploit the woman’s circumstances to trap Jesus. They are surprised when Jesus says to “let anyone among you who is without sin be the first to throw a stone at her” (John 8:7). The men quietly slink away, and Jesus is left alone with the woman. Then he tells her gently to “go your way, and from now on do not sin again” (John 8:11).

St. Augustine interprets the passage as a call for Christians to uphold the law “genuinely”—rather than legalistically—by, for example, “condemning adultery through chastity.” This lens offers important insights to the contemporary “abortion wars” that have bifurcated the church in the United States. Just as Jesus focuses his attention on the structural issues that contribute to the adulterous woman’s actions—on the men who objectify and exploit her, who try to make her pay the price for an injustice in which another man is at least equally complicit—so Catholics should come together around policy issues that promote gender and racial equity to empower women and their families, including their unborn children.

Our shared commitment to the principles of human dignity and the common good should help us bridge the divide.

Our shared commitment to the principles of human dignity and the common good should help us bridge the divide that separates the faithful who demand legislative prohibitions on abortion from those who maintain that abortion should be countered through persuasion and social support rather than legalistic coercion. Policy is not principle, and there are various ways to approach any given issue. Rational people committed to the same end can disagree about which approach will be most successful.

Indeed, current research offers a complicated picture of the effects of abortion legislation, reminding us that these issues are deeply nuanced: There is certainly room for dialogue concerning which policies promote life.

Consider the Mexico City Policy (MCP), which denies federal funding to foreign aid organizations that perform, promote, or advocate for abortion. The MCP is often viewed as a litmus test for pro-life and pro-choice advocates. Every U.S. Republican president since 1984 has instated the MCP, and every Democratic one has revoked it. President Biden kept with this trend, and pro-life advocates were quick to decry his “pro-abortion” position. Studies show, however, that abortion rates increase whenever the MCP is enacted, and this increase corresponds to a decrease in women’s access to health care as well as an increase in pregnancies, pregnancy complications, and maternal and fetal death. If history is prescient, the revocation of the MCP will likely save lives—born and unborn.

In the United States, documented abortions have been shown to decrease when prohibitive legislation is implemented (although, as the National Institutes of Health worries, this tends to correspond to an increase in self-induced abortion attempts). However, it is questionable whether this would hold true over time: A recent study in the Lancet shows that abortion rates in countries where abortion is legal do not differ significantly from those in countries where it is restricted, though maternal death rates and unintended pregnancies increase in the latter.

In light of this apparent irony and the fact that, throughout history, women have sought abortions regardless of their legality—and given the legislative difficulty of protecting unborn life while ensuring that women maintain their right to bodily integrity, which is enumerated explicitly in St. Pope John XXIII’s 1963 encyclical Pacem in Terris (On Peace) alongside the right to life—advocating for policies that evidently reduce abortion rates, rather than focusing on the legality of abortion itself, can be an effective way of affirming the dignity of women and the unborn.

For example, financial instability, the desire to pursue education and employment opportunities, and concern for the needs of other dependents are high on the list of reasons women procure abortions. Therefore, policies that might reduce abortion include living wage and equal pay requirements; employment protections for women who are pregnant or raising children; criminal justice reform; education reform; and increased access to health care, child care, and other social support. Such policy initiatives will lower the perceived need for abortion and will help alleviate the physical and socioeconomic burdens on women—especially women of color—that inevitably result from abortion restrictions.

It is also important to remember that if abortion were to be eradicated without reductions in unintended pregnancies, approximately 73 million more children would enter the world each year. This number is tragic and shocking—but we need to be prepared for the socioeconomic impact that would occur if these children were to be born. Think, for example, of the oft-repeated argument during the COVID-19 pandemic (by many people who claim to be pro-life) that life-saving measures were too taxing on our economy. Think also of the 80 million displaced people that our global community is unwilling to welcome. We could improve our readiness to promote the flourishing of so many unborn children and their mothers by pursuing policies that promote gender and racial equity.

Often, such abortion-deterring policies originate from “pro-choice” advocates. Pro-life advocates should affirm the necessity of empowering women to choose life—rather than simply decrying the fact that women are permitted to choose the alternative. We should appreciate the ways that those who are pro-abortion rights actually work to reduce the occurrence of abortion, and we would do well to stop characterizing them as “pro-abortion”—that label applies only to those who directly order or incentivize abortion.

At the same time, those Catholics who combat abortion through social justice measures should affirm the dignity of the unborn more vocally. For example, it would have been helpful to hear President Biden explain that he actually was protecting unborn lives by revoking the MCP. An acknowledgment of fetal dignity from those who reject prohibitions on abortion would go a long way toward promoting unity, as would the adoption of a more charitable stance toward critics of abortion. If abortion means killing a human being, the moral indignation of anti-abortion advocates is not unwarranted, though it may be misdirected or under-nuanced.

Catholics who combat abortion through social justice measures should affirm the dignity of the unborn more vocally.

Certainly, persuading others that unborn lives possess dignity, that sexual activity has a purpose beyond immediate pleasure, and that abortion is not a just response to social ills are important aspects of our call to defend human dignity. However, unless we commit to addressing those social ills and empowering women to choose life through implementing adequate social protections, a focus on abortion legislation will fail to persuade.

Catholics should approach these issues more circumspectly to ensure that the policies we support do not endanger or undervalue women while they protect the unborn. Rather than focusing only on the abortion legislation that divides us, Catholics on both sides of this issue should come together on policies that foster a more supportive social structure for women and their children. As we engage in policy analysis, it’s time to focus on outcomes over appearances.