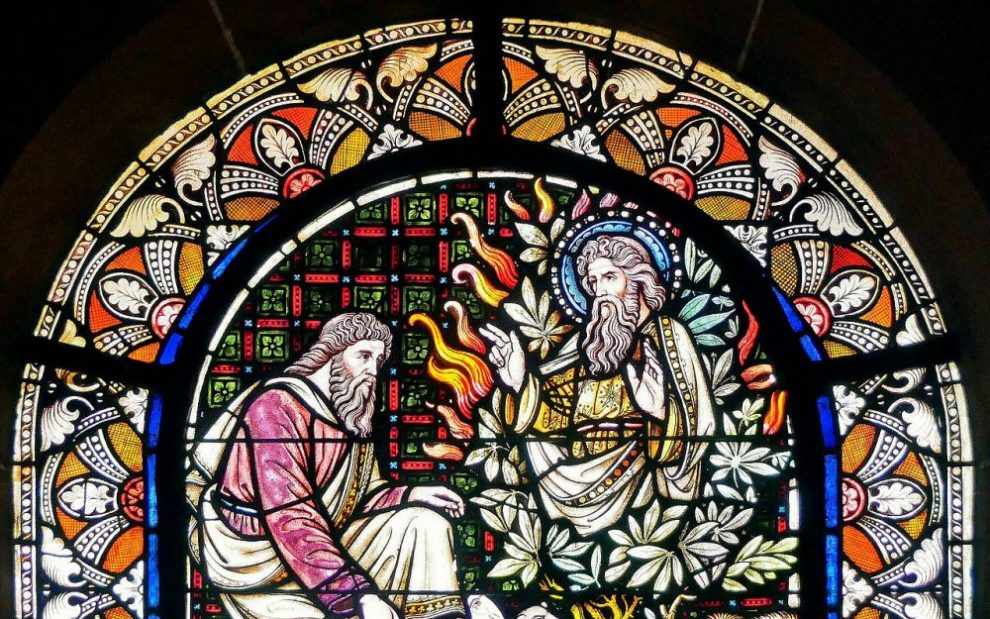 Thomas Jefferson promoted a rather surprising idea: the need for a healthy society to make generous room for ongoing dissatisfaction. A nation’s Founding Father might be expected to champion docile compliance among its citizenry, but Jefferson wasn’t that kind of dad.

In a 1787 letter to John Adam’s son-in-law, Jefferson observed that people too often confused revolution with anarchy. The British, to be precise, had persisted in calling the revolution in the Colonies by this more scandalous name, deceiving much of Europe and even many New World citizens still loyal to the throne of England. “Wonderful is the effect of impudent and persevering lying,” Jefferson observed.

It was in this same letter that Jefferson made his much-quoted assertion: “God forbid we should ever be twenty years without such a rebellion.” He wasn’t advocating rebellion for rebellion’s sake. Even in the 18th century, Jefferson appreciated that fake news can derail a society, which could lead to the urgent need for dramatic action: “The people cannot be all, and always, well informed. The part which is wrong will be discontented in proportion to the importance of the facts they misconceive.” This sounds prophetic after a year of pandemic, in which misinterpreting and misrepresenting the role of science has led to such tragic results.

Regular rebellions keep a democracy on its toes, Jefferson argued: “What country can preserve its liberties if their rulers are not warned from time to time that their people preserve the spirit of resistance? . . . The tree of liberty must be refreshed from time to time with the blood of patriots and tyrants.”

The problem with Jefferson’s approach to watering the tree of liberty is that it revolves around several key discernments. Who determines who’s lying when opposing sides present alternative facts? What’s the distinction between a patriot and an insurrectionist—and who gets to make the call?

What’s the distinction between a patriot and an insurrectionist—and who gets to make the call?

Your tyrant may be my admired hero; your spirit of resistance may be criminal behavior to me. Unless we can agree on the reality behind the terms we use, the call to rebellion can be taken up by any group to justify nearly any objection to an authority that’s unwelcome.

The lack of a shared platform from which to view social realities is nothing new, of course. The Founding Fathers, Jefferson included, were slaveholders who didn’t pause to consider that the enslaved members of their household saw the “tree of liberty” watered daily with their own bitter servitude. Native peoples, chronically displaced and casually slaughtered, learned that their attempts at rebellion were not perceived as part of the virtuous struggle toward the ideal of freedom. Uprisings by Mexicans in the Southwest were not seen as necessary aspects of liberty’s refreshment. When suffragettes committed civil disobedience in demanding that women be given the right to vote, not everyone recognized this as a distinctly American way to seek redress for social wrongdoing.

This makes it no surprise that contemporary rebellions are rarely welcomed in a Jeffersonian embrace of much-required political course correction either. The white suffragettes themselves didn’t fight for the rights of their Black sisters, who had to wait several more generations for privileges won by their white counterparts. Meanwhile our society has ever been skeptical of the patriotism of war protesters and civil rights advocates of every kind. It’s simpler to sweep all forms of protest into the common dustbin of anarchy and leave it to law enforcement to stop the unrest by whatever means necessary.

Jefferson would be pleased to learn that his nation hasn’t enjoyed a respite that long since the country’s founding. But would he evaluate all episodes of rebellion as created equal?

Would Jefferson view Occupy Wall Street and Black Lives Matter in the same light as the storming of the Capitol building by those who rejected the 2020 election results as invalid or simply unacceptable? More important, what criteria should you and I use to determine when rebellion is justified? Or when the absence of a spirit of rebellion may be the greatest injustice of all?

Would Jefferson view Occupy Wall Street and Black Lives Matter in the same light as the storming of the Capitol building by those who rejected the 2020 election results as invalid or simply unacceptable?

The Catholic tradition offers clear tools for discernment in these instances and more. Let’s admit up front that the church hasn’t always been on the side of the angels early enough when history required a prophetic voice to speak out. Clergy lined up comfortably on both sides of the Abolitionist movement, priests and bishops arguing passionately the biblical support for enslavement. Church teaching is still often awkward in its appreciation of women in leadership roles within its own structures. And although we have a pope who dares to ask “who am I to judge” the relationship of homosexual people to their Maker, that’s far from a complete acknowledgment that all people bear the image of God, just as they are. Liberation theology, meanwhile, still awaits its reassessment as a credible response to oppression.

Yet in the long arc that Martin Luther King Jr. insisted bends toward justice, the church has produced strong teachings affirming the rights of the oppressed to form unions, to organize, and to seek systemic change.

Pope Leo XIII’s 1891 encyclical Rerum Novarum (On Capital and Labor) championed the rights of workers. St. Pope John XXIII’s 1963 encyclical Pacem in Terris (On Peace) summoned peacemakers and justice seekers to work together for the world they hoped to see. The U.S. bishops produced astounding documents like “The Challenge of Peace,” “Brothers and Sisters to Us,” and “Economic Justice for All,” arguing for a society that shuns the reflexive use of violence, accepts the dignity of all people regardless of sexual orientation, and actively seeks the common good for its most forgotten citizens. Pope Francis embraces a fierce advocacy for the rights of creation in his 2015 encyclical Laudato Si’ (On Care for Our Common Home) and pleads for “neighbors without borders” and “open societies that integrate everyone” as he re-envisions the global community in last year’s Fratelli Tutti (On Fraternity and Social Friendship).

It would seem protesting the deep imperfections of the status quo is an acceptable, even vital, component within the job description of religious leadership. The Christian spirit of revolution comes from revelation: the descent of the Holy Spirit, no less. Divine revelation leads inevitably to revolution, as the Jewish followers of a Jewish Lord are unable, after Pentecost, to continue comfortably in religion as usual.

As long as the work of justice is incomplete, we will require revolutions large and small to harmonize the values of heaven and earth.

The “lifting of the veil” that revelation implies permits the visionary to see a more cosmic perspective than before. How can such a vision not lead to an impassioned advocacy for a world more in keeping with the divine plan for universal happiness? As long as the work of justice is incomplete, we will require revolutions large and small to harmonize the values of heaven and earth.

The tree of liberty does need constant attention—watering, nurturing, pruning, protecting from the elements—to achieve its full fruitfulness. Jefferson was prescient in saying that a misinformed and misguided society can reap a horrific amount of injustice. This forms an argument for the widest and best possible education and values formation for all of its members. It argues as well for the solemnest protection of truth against “impudent and persevering lying”—from government, media sources, celebrities, and especially church leaders. The tree of liberty can only grow straight when firmly rooted in the soil of truth. Time to turn down the chatter and tune in to the revelation.