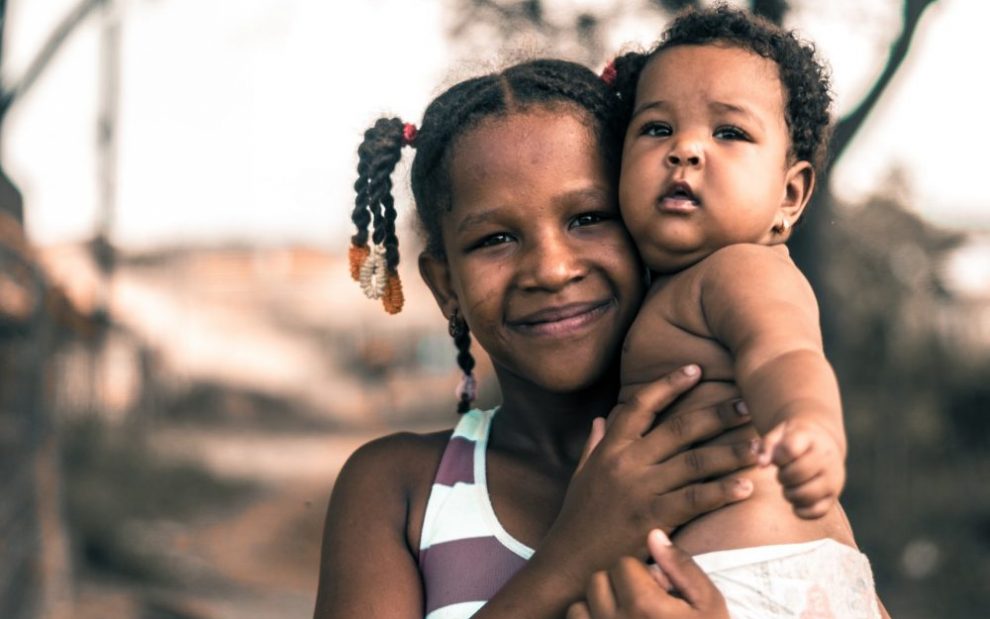 Have you ever played Monopoly; you know that quintessential American game about buying properties and amassing wealth? The website Teaching Tolerance offers a unique way to consider the capitalist structures at the core of the game with an adaption that takes a hard look at the racial history of the United States. “Monopoly Across the Racial Divide” highlights the “rules of the game”—or the systems and structures in U.S. society—that have oppressed people of color for generations.

The game begins with each person playing by different rules. One of the players is not able to purchase any property for the first five turns of the game. These first five turns are examples of slavery and segregation in the United States when Black people were not allowed to buy property, but rather through their enslavement were forced to help others build wealth.

The rules shift slightly in the sixth turn; the oppressed player is finally allowed to buy property, but only on the cheapest side of the board. This is akin to practices of redlining or racially discriminatory practices in mortgage lending. Is it any wonder that, even when players get to the ninth or tenth turn and the rules are finally the “same” for everyone, the level of frustration and powerlessness is palpable? This is what is reverberating in our streets through the Black Lives Matter movement.

However, proclaiming Black Lives Matter is not meant to highlight hopelessness. It is a claim of self-agency and a challenge. Our sisters and brothers who are Black are reminding themselves and the world that their lives matter, despite all evidence to the contrary in our judicial system and elsewhere. What the chanting in our streets is forcing Catholics to grapple with is whether or not we believe our own church’s teachings. Do we have a preferential option for those who have been left behind, left out, or held down? Do we stand with those who cannot breathe?

In 1968, the Latin American Bishops gathered in Medellín, Columbia with a focus on the poor and oppressed. They positioned the church, and themselves as bishops, as responsible for those who were the least in society. The language of the church having a “preferential option for the poor” became a cornerstone of Catholic social teaching and squarely situated work on behalf of the marginalized as a constitutive element of our ministry, meaning that a preference for the poor was a central and essential part of the teaching of the church.

In Deus Caritas Est, Pope Benedict asserts “love for widows and orphans, prisoners, and the sick and needy of every kind, is as essential as the ministry of the sacraments and preaching of the gospel.” This clear connection between love and care for those at the margins of society and the celebration of the sacraments should give an indication that standing with those who are calling for justice in our streets is just as important as standing in church on a Sunday morning. Our faith does not make sense unless we are willing to do both.

Black people were not allowed to buy property, but rather through their enslavement were forced to help others build wealth.

The Catechism of the Catholic Church states, “those who are oppressed by poverty are the object of a preferential love on the part of the Church which, since her origin and in spite of the failings of many of her members, has not ceased to work for their relief, defense and liberation.”

Each of these claims for a preferential love has its roots in our scriptures which are filled with affirmations that the lowliest in our midst have a claim on our conscious. Jesus himself taught this in many ways including when he told parables.

The parable of the lost lamb is a familiar story with the shepherd who left the 99 in search of the one. The shepherd seeks out the lost one and as artists’ renderings of this parable suggest, takes it upon his own shoulders. What these claims of our church and our scriptures support is that in incidences of injustice, marginalization, and poverty, we have a responsibility to shoulder the burdens of those who have been left behind.

The Black Lives Matter movement is a modern-day parable. By claiming Black Lives Matter we are professing the constitutive element of our faith and making an effort to take upon our own shoulders the burdens of those who have experienced oppression through generations in our country. We as Catholics are called to stand with those who have been left behind as a witness to God’s justice and love.

The hardest thing about a preferential option is what it means by way of critique. When Jesus tells of the shepherd who goes off to seek the lost one, he is also cautioning against the herd mentality of the 99 who could care less that they have left someone behind. He is flipping claims of ignorance on their head and challenging followers to not go blindly about their lives.

What the chanting in our streets is forcing Catholics to grapple with is whether or not we believe our own church’s teachings.

Taking an honest look at the “rules of the game” challenges us to consider the ways we benefit from injustice. For Catholics who are white, this might be hard to hear because it implicates our ignorance with a need to see how our lives benefit from unjust structures.

It is sinful to ignore the cries in our streets. It is not enough to feel bad for those who experience racism. It is an essential teaching of our church that we must actively work “for the relief, defense and liberation” of our brothers and sisters who cannot breathe.

We must take a hard look at the ways our church and ourselves are impacted by the systems in place. Ask why things are this way. Watch the movies 13th, Just Mercy, or All In. Read an article on the history of redlining or a book such as Caste: The Origins of our Discontents by Isabel Wilkerson and learn how white privilege impacts everything from job interviews and promotions to incarceration and immigration.

A preferential option for the poor demands that we look around and ask, “Who are the poor in my community? Who has been left behind by unjust economic systems, by racism, by voter suppression, by hate? What must I do to authentically practice my faith as an act of justice?”

Standing with those who are calling for justice in our streets is just as important as standing in church on a Sunday morning.

Parables make us uncomfortable in order to see a different perspective. May this modern-day parable move us to consider solidarity.

If each Catholic were to challenge their own heart to turn away from the herd mentality and act in solidarity with those who disproportionately shoulder the burdens of injustice, we might in word and deed give the world around us a compelling example of God’s love. It might be only when we authentically live out these teachings simultaneously in our streets and in our sanctuaries that the world around us will recognize the light of Christ in our midst.

Christina R. Zaker, D.Min. is the director of field education at Catholic Theological Union. She is the author of Surprised by God: Teaching Reflection through the Parables (Rowman & Littlefield). 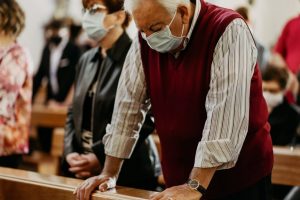 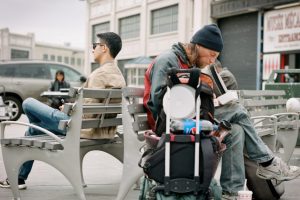