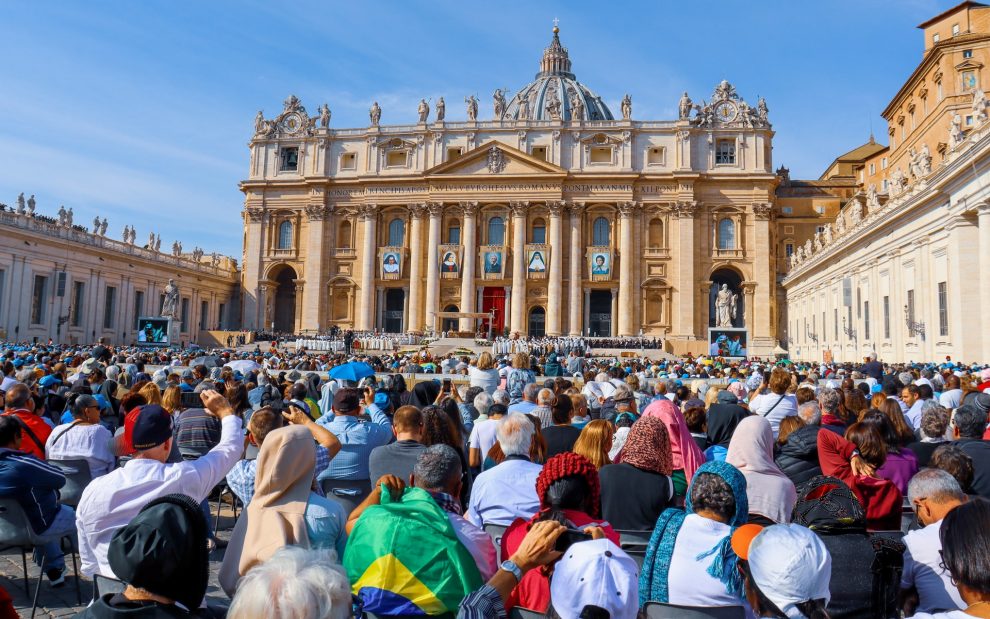 Isabel Flores de Oliva (1586-1617) and Juan Martín de Porres Velázquez (1579–1639) were contemporaries. They both lived in Lima, Peru and were lay Dominicans. Both garnered a reputation for Christlike holiness during their lives. They were even acquaintances. After their respective deaths, the people in the diocese and the surrounding region quickly and passionately called out for both to be recognized as saints. St. Rose of Lima was canonized by Pope Clement X in 1671, making her the first saint from the Americas. St. Martín de Porres, however, was canonized by St. Pope John XXIII in 1962. That is a difference of 291 years!

This raises the question: Who decides if someone becomes a saint? As usual in the Catholic Church, the answer is complicated.

First, the faithful decide. Everyday women and men, clergy and lay, encounter these inspired individuals and are transformed by God’s spirit flowing through them. They recognize the unique presence of Christ in these holy women and men, learn from them while they are alive, then garner momentum for their causes after death. Both Sts. Rose and Martín were venerated immediately as saints in this way by the people.

Second, the institutional structures of the church decide. The process, which has been revised many times, includes four basic steps. The bishop of the local diocese in which the person lived opens the cause five years after the person’s death. The person is declared a Servant of God while an initial investigation into their life takes place. If the Vatican’s Congregation for the Causes of Saints agrees that the person has shown heroic virtue in life, the cause is validated by the pope and the person is declared Venerable.

From there the investigation may continue to the beatification process that includes the recording of a miracle attributed to the person’s intercession, a more rigorous investigation into the person’s life, and a declaration of Blessed. Finally, if the cause continues and the person passes additional criteria, including attribution of another miracle, they are canonized as a saint.

God’s will is that all of the faithful join the communion of saints.

This is where Sts. Rose and Martín’s causes differed due to the politics and biases of the time. The faithful sustained St. Martín’s cause for centuries before the biases of the institution changed enough to permit a mixed-race man from the Americas to be canonized. He was the first.

Third, God decides. But God’s will is that all of the faithful join the communion of saints. That is, all are offered the possibility to receive the beatific vision—full communion with the living triune God in a resurrected life—and to begin this now and reflect it to others. Like Sts. Rose and Martín, some who show extraordinary virtue are declared by the church to be officially known as part of this union. They are our great ancestors in the faith who guide our steps. They invite all of us into God’s call to sainthood with them.

This article also appears in the December issue of U.S. Catholic (Vol. 85, No. 12, pages 49). Click here to subscribe to the magazine.