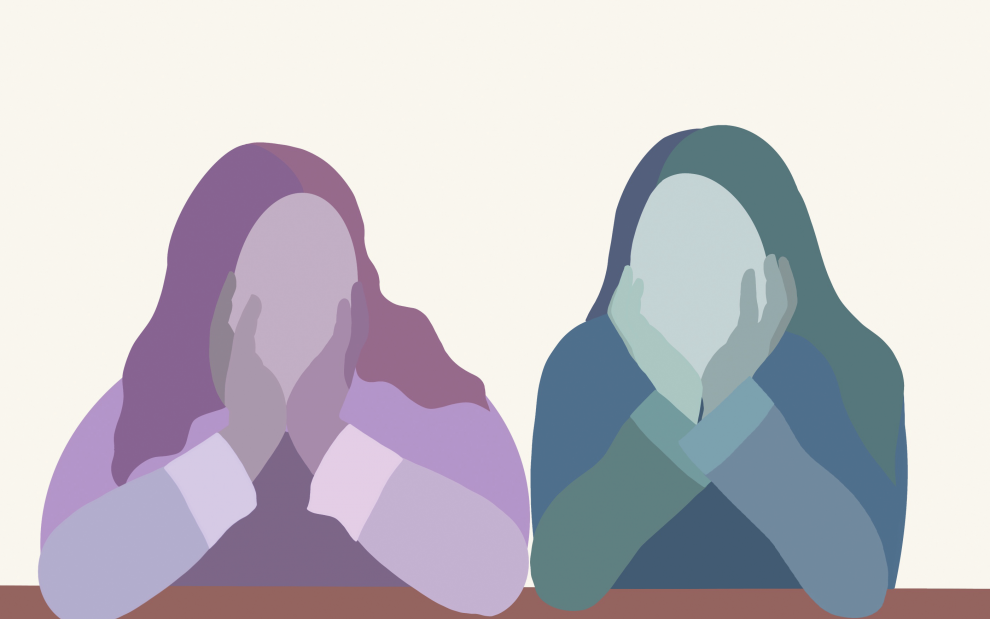 When Ann Patchett wrote the memoir Truth & Beauty (Harper Perennial) about her 17-year friendship with brilliant, troubled Lucy Grealy, Clemson University students protested Patchett’s visit because of false assumptions that the two best friends were lesbians. “Lucy and I must have been having sex with each other,” Patchett later wrote. “That was the only possible explanation for our loyalty, love, and devotion. Sex was the payoff for a difficult relationship, and without sex the whole thing made no sense.”

Patchett’s sister joked that if the book had been about two men, it would have been the next Brian’s Song and Clemson would have named the football stadium after her. But when mercurial, talented women come together in flashpoints, the stories told about them tend toward the sentimental or the suggestive.

Most of our historical models of intellectual, artistic, and spiritual friendships are as white and male as the Western canon. The literature of friendship—from Aristotle and Cicero to the 12th-century monk Aelred of Rievaulx to the 16th-century essayist Michel de Montaigne to C. S. Lewis—often implies (or, like Montaigne, says outright) that women aren’t fit for such bonds. A particularly brilliant woman might develop a friendship with a man who is her mentor, confessor, or lover. She may also be the man’s muse, nurse, or civilizing agent. Think Sts. Francis and Clare. Abelard and Heloise. Pollock and Krasner. Johnny and June.

But the friendships women have with other women are seldom depicted as intellectually rich or creatively galvanizing. Painters Helen Frankenthaler and Grace Hartigan worked among the macho cult of the abstract expressionists. They were also close friends, but until Mary Gabriel wrote Ninth Street Women (Little, Brown and Company) in 2018 we read more about their relationships to the great male artists of their time than their relationship with each other.

For a time, my own experience was not to the contrary. Although I yearned for intense connections, I found myself frustrated by friendship with my peers. I came to believe, as I think many artistic women mistakenly do, that I just wasn’t any good at friendship. This, especially as a Catholic woman, felt like a moral failure and an indication of some defect in my femininity.

Closer to the truth is that the preference and desire for solitude, the propensity to slip from engagement to observation that is essential to making art is often misconstrued as aloofness or disinterest in relationships. The artistic temperament can make friendship difficult, because artists so often feel slightly out of place. Even though we may live outside of the mainstream, we still hunger for connection and understanding.

I came to believe, as I think many artistic women mistakenly do, that I just wasn’t any good at friendship.

“It isn’t easy to be a woman poet,” says May Sarton in World of Light, a documentary about her work. “Partly because one is always seen—and this may be true of the woman writer in general, the woman artist—one is always seen to be a little outside the mainstream, not in the center of life.” Sarton’s work often explores women’s friendship, including “passionate relationships” between women that “didn’t become sexual.” She shows how that kind of deep friendship impacts not just personal but also artistic growth. She notes how in the early days of the women’s movement, women’s bookstores created a space for them to bond intellectually.

That’s precisely why finding community as a woman artist can be life changing.

My first experience of that kind of accompaniment began on the page as a correspondence with the writer Amy Alznauer. We eventually assembled those letters into a book about God, literature, and grief called Love & Salt. But our publisher said that to make the book accessible to women, we should reframe it as a book about our friendship.

We were surprised and even offended: As if women would only read sweet stories of friendship and not a book about theodicy! We feared our work would be pigeonholed as “merely” emotional and any intellectual or artistic achievement would be dismissed.

Yet our work, and our friendship, was powerfully emotional, though perhaps in a way we thought our primarily Christian audience might not readily accept: How to tell our readers that yes, for a time we were so excited by each other’s minds and perspectives that we wondered if we had not fallen passionately in love? That my then husband was often frustrated that I seemed to come alive in Amy’s presence in a way he’d never seen? He is a writer too, but with him I too often fell into a secretarial role, feeling alternately like his student or his editor—never his partner. The excitement of working as peers was something I experienced for the first time with Amy as my coauthor. The emotional thread of our friendship was braided, inextricably, with the intellectual and creative work we produced together. I can see now that this thread is what made the work strong.

I wonder if this is the thrill that drew famous male friends such as the Inklings, time and again, back to the pub.

As Tillie Olsen pointed out in Silences, a 1978 book that changed how we study the canon of Western literature, when we labor alone we’re less likely to produce work at all. Marginalized groups work against years of what communication theorists call symbolic annihilation—patterns of omitting, trivializing, or condemning the stories of entire groups of people. It’s a matter of representation. When we don’t see our experiences or anxieties represented or reflected back to us, we are less likely to have the confidence in ourselves required to take creative risks or to think our work matters. We are likely to trivialize ourselves into obscurity.

Since the #MeToo movement has shone a spotlight on the power of women telling each other their stories, I’ve witnessed renewed energy among women supporting and accompanying one another; making space and time for each other’s work; starting conferences, zines, presses, blogs, and collectives; making art; finding audiences; and forging friendships. All of these are changing the way we see ourselves and our work.

I wonder if this is the thrill that drew famous male friends such as the Inklings, time and again, back to the pub or into each other’s homes to share their work. Maybe we would’ve written or painted or recorded our songs and stories anyway. But we feel a playfulness and joy in production, a thrill in the process, that many of us don’t experience when we work alone. We feel the satisfaction of being, at last, a part of an artistic community of our own.

Advertisement
TagsBooks and literature Women in the church