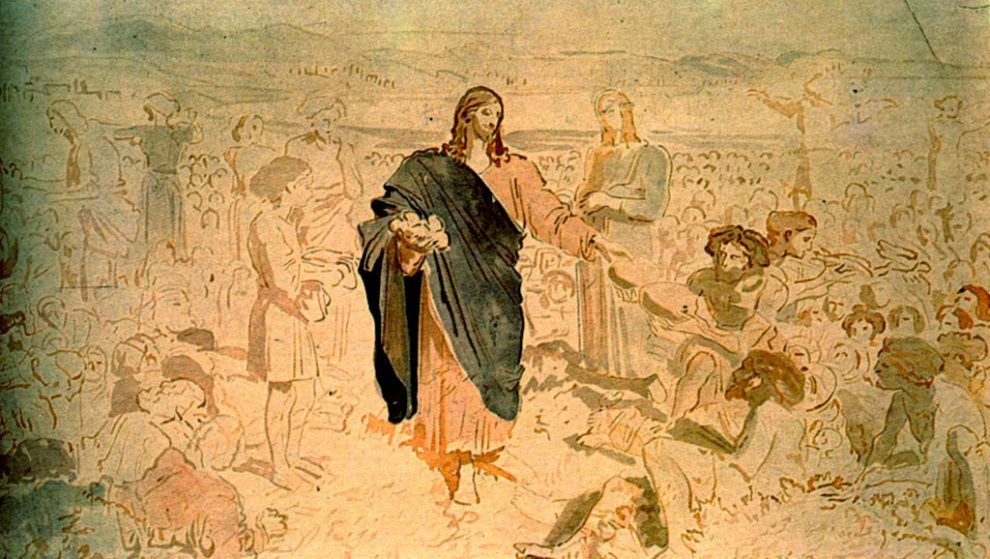 One of the most influential religious socialists in U.S. history was the devout Roman Catholic John Cort, who wrote the landmark 1988 book Christian Socialism. (Orbis Books published a new edition this year.) Cort also cofounded the Religion and Socialism Working Group of what would become the Democratic Socialists of America (DSA).

In Christian Socialism, Cort concludes that the economic program of Christ and the official position of his beloved church were beginning a long overdue reunion. “Socialism and Catholicism, or at least Catholic social teaching, are converging, as embarrassing as this fact may be for both parties,” he writes.

John Cort was right, when you define socialism as the belief that both the economy and society should be run to meet the needs of all, not just the needs of a few, and to achieve a more just society.

What was true enough in Cort’s time is even more true today.

U.S. Representative Alexandria Ocasio-Cortez of New York is also a deeply spiritual Roman Catholic. Her rise embodies the current surge of support in the United States for socialism, especially among young people and women. A 2019 poll shows that Americans between the ages of 18 to 24 express more favorable views of socialism than they do of capitalism. More than half of U.S. women between the ages of 18 and 54 say they would prefer living in a socialist country, and DSA membership has grown tenfold in the last decade.

Catholic socialists continue Cort’s legacy within the organization. “If you hate that I’m a socialist and that I want everyone to have their basic needs met, then you need to hate that I’m a Catholic too,” says journalist and activist Colleen Shaddox. “Because they are of a piece.”

Recent church doctrine backs her up. In its official statements on Catholic social teaching, the U.S. Conference of Catholic Bishops highlights St. Pope John XIII’s discussion in Pacem in Terris (On Peace) of the enforceable rights of all humans to the necessities of life: “Man has the right to live. He has the right to bodily integrity and to the means necessary for the proper development of life, particularly food, clothing, shelter, medical care, rest, and, finally, the necessary social services.”

The connection is not surprising, since Christian socialism, in principle, is precisely as old as Christianity itself. The first Christians responded to significant poverty and wealth disparity among their ranks by reorganizing their society around a collective approach that anticipated what would much later be called socialism. “All who believed were together and had all things in common,” says the Acts of the Apostles (2:44). “No one claimed private ownership of any possessions, but everything they owned was held in common” (4:32).

These were fresh responses to Jesus’ teachings to love our neighbors as ourselves and his no-holds barred condemnation of those who hoarded wealth. As theologian David Bentley Hart wrote in the New York Times in 2017, “If the communism of the apostolic church is a secret, it is a startlingly open one. . . . (T)he form of life it assumed was not merely a practical strategy for survival, but rather the embodiment of its highest spiritual ideals.”

The early Christians were also familiar with the Hebrew scriptures’ many mandates to redistribute wealth. The scriptures reflect the law of the Hebrew communities of debt forgiveness and free access to harvests carried out in the Sabbath and Jubilee years (Exod. 23:10–11, Lev. 25, Deut. 15).

St. Basil, the 4th-century bishop of Caesarea, heeded Hebrew scriptures and the gospels by building a poorhouse and a hospital and giving away his own inheritance to the poor. “The bread in your hoard belongs to the hungry; the cloak in your wardrobe belongs to the naked,” he said.

Long before Karl Marx there existed a robust tradition of Christian socialism in the United States and western Europe.

St. Augustine of Hippo agreed, holding up Acts of Apostles-era fellowship as the model: “This is how we want to live; pray that we may be able.”

Eight centuries later, St. Thomas Aquinas affirmed in Summa Theologiae that individuals have no right to possess excess wealth. “According to natural law, goods that are held in superabundance by some people should be used for the maintenance of the poor,” he wrote. “This is the principle enunciated by [St.] Ambrose . . . ‘It is the bread of the poor you are holding back; it is the clothes of the naked that you are hoarding.’ ”

If an individual refuses to voluntarily disgorge their excess wealth, what is to be done? The state can and should step in to make things right, Aquinas says. A prince’s duty, he wrote, is that “provision must be made so that no person goes in want.”

The economic philosophy prescribed by the gospels and the church’s great philosophers aligns with contemporary definitions of socialism, such as the DSA’s call for “both the economy and society to be run democratically—to meet public needs, not to make profits for a few.” Of course, the official church over the centuries far too often aligned itself with the wealthy and the oppressors of the poor. But the theological consensus for elevating people’s needs over profits remained unchallenged for most of church history.

Then in the 19th century, when the term socialism was coined and socialist movements spread in response to capitalism and rapid industrialization, things got confusing. Popes responded to the rise of antireligious, antidemocratic brands of Marxism by issuing encyclicals condemning socialism. The attacks continued at regular intervals through Pope Pius XI’s Quadragesimo Anno (On the Reconstruction of the Social Order) in 1931, which features the blunt conclusion, “No one can be at the same time a good Catholic and a true socialist.”

Why the disconnect between biblical teachings and the official word of the church? As the global footprint of authoritarian, atheistic forms of Marxism grew during the 19th and 20th centuries, worried popes consistently conflated the most concerning forms of communism with democratic socialism, a mistake that has been repeated for generations. As the decidedly non-Marxist John Cort said, “The fear of God is the beginning of wisdom, but the fear of communism has too often been the beginning of foolishness.”

This particular era of “foolishness” could have been avoided with a bit more research. That research would have revealed that long before Karl Marx there existed a robust tradition of Christian socialism in the United States and western Europe. The tradition included an Anglican clergy-led movement in England in the mid-19th century and, according to Cort, a French movement so Catholic-connected that priests were known to drink toasts to “Jesus of Nazareth, the father of socialism.”

Those Christian socialists agreed with Marx’s indictment of the devastating impact that capitalism wreaks on working people. But they parted ways when it came to Marx’s antipathy to religion. And they firmly rejected the Marxist approach to political change. Religious socialists are democratic socialists: For them, the instrument of reform is the ballot box, not the bullet.

Religious socialists are democratic socialists: For them, the instrument of reform is the ballot box, not the bullet.

Even as the letter of Catholic law condemned socialism, it consistently butted up against the law’s spirit, which embraced it. Consider Quadragesimo Anno, where Pius XI’s antisocialism line shares space with an unhesitating call for collectivism: “For certain kinds of property, it is rightly contended, ought to be reserved to the State since they carry with them a dominating power so great that cannot without danger to the general welfare be entrusted to private individuals.”

Cort gave talks at Catholic parishes where he read excerpts from Quadragesimo Anno and asked the audience to guess its author. The most common response was Karl Marx.

In the post-Cold War era, the lines between socialism and Catholicism have begun to disappear. Pope Benedict XVI directly remedied Pius XI’s communism-socialism conflation, contrasting church opposition to communism with democratic socialism. “In many respects, democratic socialism was and is close to Catholic social doctrine,” he wrote in 2006.

Pope Francis has consistently made the case that Catholicism and a socialist agenda go hand in hand. In his 2015 encyclical Laudato Si’ (On Care for Our Common Home) Francis writes, “The Christian tradition has never recognized the right to private property as absolute or inviolable, and has stressed the social purpose of all forms of private property.” Francis has called capitalism “terrorism against all humanity” and used his Easter 2020 message to call for a universal basic income. This theme is also echoed in his 2020 encyclical Fratelli Tutti (On Fraternity and Social Friendship).

St. John Henry Newman describes the evolution of encyclicals over time as the “development of doctrine.” On the subject of socialism that development continues, informed by Catholics in the United States who’ve observed how European nations influenced by democratic socialism have embraced universal health care and broad access to higher education, along with increased worker protections and ambitious programs for supported housing, child care, and income guarantees.

These socialist-themed reforms have fulfilled the mandates of Catholic social teaching far more effectively than anything more capitalist nations such as the United States have managed.

Of course, that outcome would come as no surprise to the centuries of Catholics who championed socialism as the economic system best in keeping with the message of the gospels and the practices of the earliest church communities. The followers of that noble tradition stand ready to welcome the growing support for socialism throughout a nation once known for its stubborn allegiance to capitalist policies. In the United States, now is the ideal time for a Catholicism-socialism reunion.

Fran Quigley is a clinical professor at the Indiana University Robert H. McKinney School of Law, where he directs the Health and Human Rights Clinic. He is active in the Religion and Socialism working group of the Democratic Socialists of America. Fran is the author of four books, including Prescription for the People: An Activist’s Guide to Making Medicines Affordable to All (Cornell University Press).