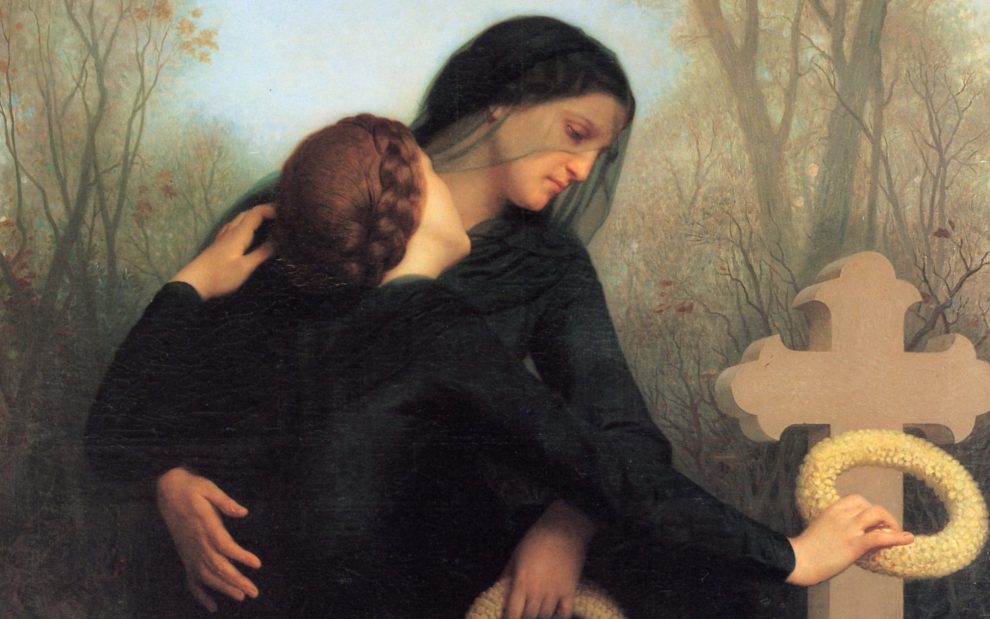 With All Souls Day and All Saints Day fast approaching, the editors of U.S. Catholic took a deep dive into the archives to compile some of our best articles about remembering those who’ve gone before us. From wakes, to visiting cemeteries, to roadside shrines, these articles highlight the many practices Catholics can incorporate into their prayer life as they seek to honor the dead.

To pray with the dead, find God’s grace in a family heirloom

Grandpa’s cup is a very Catholic item when you think of it. Sacraments and sacramentals are items that have been passed down to remind us of those who came before. “Do this in memory of me,” Jesus said, probably using a cheap cup. In effect, he was telling his followers: “Remember me by using cups and breads like these.”

Through Jesus, the Day of the Dead is a family reunion

The Day of the Dead, November 2, is a time of cemetery and church visits, home altars to the dead, special foods—including candy in the shape of skulls and skeletons—grotesque costumes, and merry dances. This festive time contrasts sharply with the subject of merriment: our inevitable rendezvous with death. What’s the reason for this strange ritual?

Visiting cemeteries is a true Catholic’s idea of fun

“In my family, regular outings to the cemetery, far from being maudlin affairs, were frequent and rather pleasant experiences. Sometimes on a Sunday afternoon, Daddy would abruptly rise from his chair, put down the newspaper, set his coffee cup in the sink, and announce he was going to see his mother.”

From the very start, the church had way to bridge the gaps between the various groups in heaven and on Earth. St. Paul made it confusing right off the bat by referring to some people living on Earth as “saints.” Huh? He’d send letters to the “saints” in Corinth, Rome, and other cities of apostolic fame. For Paul, all believers were saints, whether living or dead. Then, years later, a line appeared in the Apostles’ Creed: “We believe in the communion of saints.”

Roadside shrines mark exits from life—and entrances to the holy

Wakes honor a life lived, not just a soul departed

Now, as then, death rightly demands we make time for it. Anyone who’s been at wakes where only a handful gathered knows that every one in attendance is a towering redwood of support. Each person stood up against a culture that seeks to sanitize death and whisk the dead away unseen.

How do you say “Life goes on” in Catholic? Through prayer

Praying for the dead, one of several Catholic traditions that dance like angels on the head of a single scriptural pin, evolved from 2 Maccabees 12:43–46. The reasoning goes: If we expect life to continue after death, then it would be silly not to continue praying for people who die.

It sometimes seems that modern funeral customs do everything they can to keep us away from death. The deceased are ensconced in steel caskets lined with plush upholstery, then entombed in concrete vaults, as if to prevent decay. But our tradition always calls us back, to recognize that we, too, must make that journey, that our bodies, too, will rely on others to make the saving sign when death has robbed them of movement.