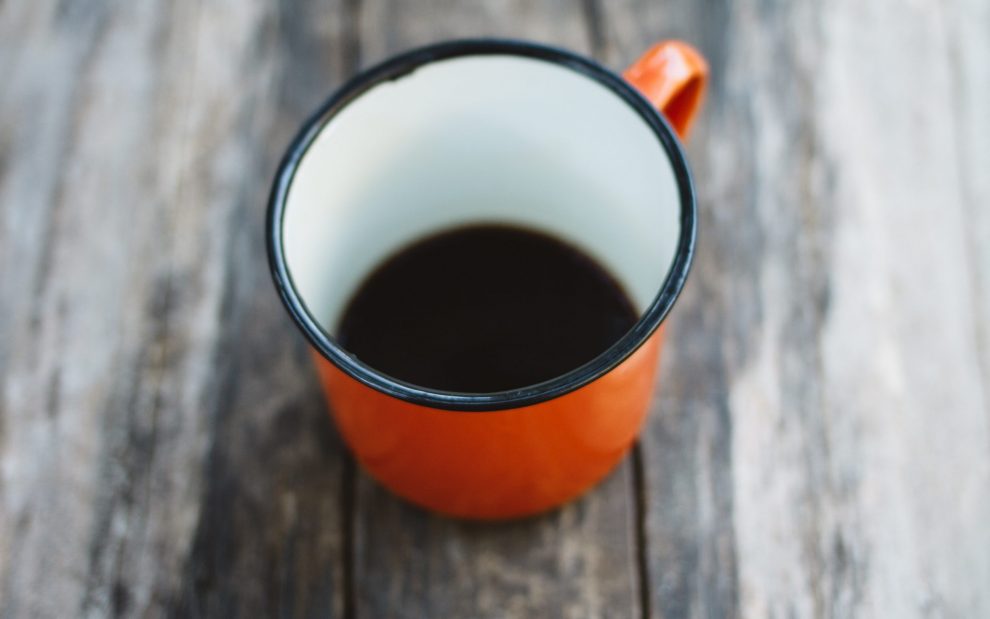 Suspended from the kitchen ceiling in my home is a metal contraption from which my wife dangles wicker baskets, wooden spoons, metal pots, and handmade cloth dolls. As I stand at the island in the middle of the room, trying to eat my English muffins in the morning, I routinely hit my head on a load of domestic paraphernalia so diverse it would make Martha Stewart jealous.

But even as I rub the bruise on my forehead, I would never think about pulling it all down, because it includes something I contributed: a banged-up aluminum cup that says “WEAR-EVER” on the bottom. If you’re picturing the sort of battered mug that beggars hold out on city streets, you’ve got the basic idea. But this cup didn’t come from a mendicant; it was my grandfather’s.

We called him “Puppy,” a corruption of “Poppy,” itself a shortening of “Grandpop.” Francis Hoffman was born in the 19th century when horses clogged the streets; he died as rockets were being sent to the moon. In between, he tried to volunteer to ride roughly with Teddy Roosevelt (and was rejected because he was too young), labored in Pennsylvania steel mills, and retired to live his final years with my parents.

At first, Puppy was a big help around the house, doing chores, watching us kids, and whistling through his teeth so loudly your ears would rattle. He could also hit baseball fungo pop-ups that threatened low-flying aircraft.

When he died, he left very little behind: a collection of flannel shirts that he wore even on the hottest summer days (scissoring off the sleeves to keep cool), an old bed, the radio on which he listened to baseball games, and that aluminum cup. I claimed it. For years I had watched Puppy use that cup for many purposes. He drank cold coffee out of it, the only kind of java he liked. It was a cereal bowl that cradled his inevitable corn flakes. He also used it to teach me the recipe of one of his favorite delicacies: “Break up pieces of bread, pour in milk, and ladle on lots of sugar. Enjoy; feeds one.”

That aluminum cup is like a holy grail to me. After it hangs in my kitchen, I hope it passes on to one of my children and then to one of the grandkids, who will one day explain that it came from “my father’s father’s mother’s father.”

Puppy’s cup is a very Catholic item when you think of it. Sacraments and sacramentals are “WEAR-EVERs” that have been passed down to remind us of those who came before. “Do this in memory of me,” Jesus said, probably using a cheap cup. In effect, he was telling his followers: “Remember me by using cups and breads like these.”

Of course, Christ did what Puppy couldn’t do: handing on the power to make those things into his body and blood. But the idea is the same.

So is the idea of relics and the Shroud of Turin and throat candles on St. Blaise’s feast. Those are all tangible ways we connect with our past; they are traces of love, souvenirs of spirituality, mementos of faith.

Most of those things have the street value of Puppy’s aluminum cup; they are bits of wood and bone, a fire-scarred sheet, small pillars of wax. What invests them with value and meaning are the people they link us to, not only the saints and Jesus but also the entire anonymous Body of Christ stretching back through the centuries to the founding of our faith at dinnertime in an upper room: “Take some bread and wine; do this in memory of me; enjoy; feeds all.”

We Catholics don’t forget the past as we live in the present and hope for the future. We hang crosses from our walls and medals from our necks because we don’t want to let go of everything that came before us. We learned that from Jesus. When he left the Earth, he promised to send us his Spirit, who hovers over us like a suspended aluminum cup that says “WEAR-EVER.” As a result, we have a “WEAR-EVER” faith that endures despite its dents.

I like Puppy’s cup. I like my faith. I wouldn’t trade either one, even when they clunk me on the noggin.