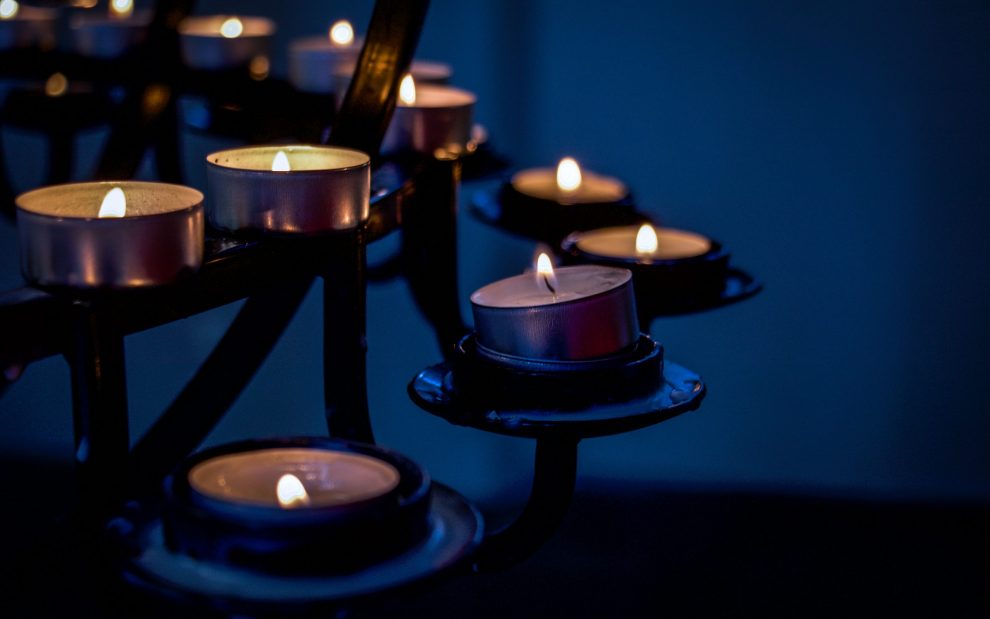 The Day of the Dead, November 2, is a time of cemetery and church visits, home altars to the dead, special foods—including candy in the shape of skulls and skeletons—grotesque costumes, and merry dances. This festive time contrasts sharply with the subject of merriment: our inevitable rendezvous with death. What’s the reason for this strange ritual?

Some say it comes from Indian roots. Others say Hispanic Catholics’ love for this day stems from a tragic view of life. These explanations are probably true to some extent, but for Christians, who believe in Jesus of Nazareth, risen from the dead, there is a deeper and more satisfying explanation for this strange gladness: The Day of the Dead is a family reunion, a family fiesta.

I know what I am talking about because a young friend of mine, Estefania, has been talking to me about it for many years. You might consider this rather ordinary until I tell you that Estefania has been dead seven years. Yet Estefania has been part of my life ever since her death. She was 2 months old when she died of SIDS (Sudden Infant Death Syndrome), also called crib death. Estefania’s death, however, was especially tragic: she and her family were very poor.

I was with the family at the graveside ceremony. As the priest recited the familiar refrain, “Dust to dust, ashes to ashes,” Estefania’s father pointed to a lonely spot of ground about three feet from the grave and said, “My father is buried there.” I realized we were standing on a vast plot of ground without trees or even tombstones. The significance of the place came to me: This is where they bury the poor.

I stood and wondered whether Estefania’s sad burial was also a necessary prelude to some unexplained joy to come. I wondered whether her death confronted me with the reality of those who live in poverty so that I might understand their future liberation. Then I remembered the words that climaxed the funeral Mass of little Estefania—“Do this in remembrance of me”—and I remembered the death and burial of Jesus, a poor man.

Frequently, the time of greatest grief in the death of a loved on occurs not at the time of death but when the casket is lowered into the grave. This is when the reality of death hits us with full force. It is the same in the gospel. Jesus had to truly die so that he could truly be raised from the dead. The reality of Jesus’ death hits us with full force when his tomb is closed with a huge stone.

But Jesus’ story does not end with his burial. The reality of Jesus’ resurrection hits us with its full force with the image of the empty tomb. Jesus’ resurrection was the act of God in defense of the son, unjustly condemned by people. God defends the innocent and does justice to those who have been treated unjustly in this life. The funeral is not the end of the story.

Estefania’s funeral Mass stood in sharp contrast to the graveside ceremony. The altar linens were freshly pressed, and the church was full of color and light. There was festive music and singing. Songs of resurrection filled the air, and the wine sparkled in its decanter of expensive cut glass. The bread lay luxuriously on its plate of silver, ready to be served at the appropriate time of this joyful banquet. The darkness of the church was dismissed by the warm and dancing lights of candles. The procession of the priest and the acolytes with the cross was not so much a march but a dance—graceful movements with a joyful resolution.

We had not come to the church, however, to laugh at death, although we sang that death had lost its sting. We had not come out of a tragic sense of life, although we repeated with the priest, “Lord, have mercy.” We had come there to remember Estefania, and in remembering her, we were remembering Jesus. It is here, then, that we enter the deeper meaning of the Day of the Dead.

The crowd around Estefania’s grave had been larger than any of imagined, for in remembering her Sts. Peter and Paul, Michael the Archangel, and all the saints had also been there with us. The community around Estefania’s death was made up of the living and the dead, the past and present, who came together in joyful anticipation of an unexplained joy to come.

Alex García-Rivera was a professor of theology at the Jesuit School of Theology in Berkeley, California. He passed away in 2010.