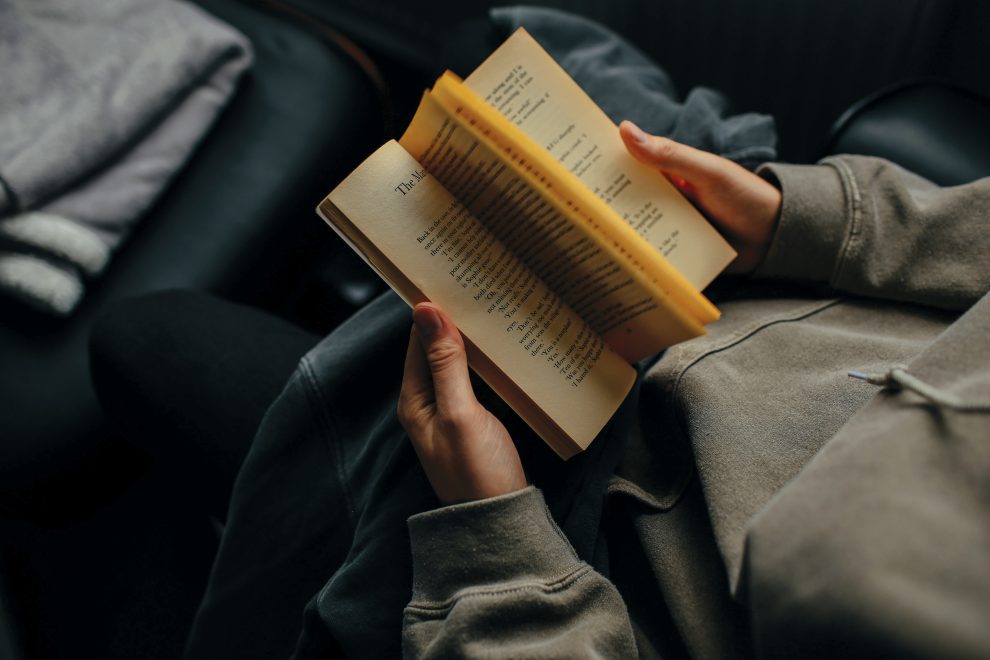 Mariette Baptiste, a young postulant at the Sisters of the Crucifixion convent, kneels to receive the Eucharist. Behind her, parishioners rush forward or shift in their pews “in order to catch a fresh glimpse of the famous postulant.” Mariette “cries with shame as she receives the Host, then stands and hides her face in her bandaged hands”—bandaged because she has the stigmata. Some nuns think she might be a saint. Others think she is bringing scandal to the convent and that she has faked her wounds.

This personal and theological drama is at the center of Mariette in Ecstasy (Harper Perennial), the provocative and arresting novel by Ron Hansen, published nearly 30 years ago.

Most discussions of contemporary Catholic literature begin with Flannery O’Connor, which is reasonable: O’Connor published her final stories during the transformative years of the Second Vatican Council and is rightly held in esteem even by secular audiences. But if we are truly to consider the state of contemporary Catholic literature, we should start with Hansen’s novel.

Hansen became a deacon after the publication of his book, but he was always a Catholic writer—especially in terms of morals and sensibility. A Catholic sensibility often compels writers to dramatize a world where sin and salvation are possible. This sensibility does not result in doctrinaire pronouncements. Rather, contemporary Catholic writers reveal the complexities of living with and without faith in our fractured world.

Like other Catholic authors, both practicing and lapsed—such as Don DeLillo, Thomas Pynchon, Toni Morrison, and Cormac McCarthy—Hansen was reared in the syntax and theater of the Latin Mass. His novel feels like a postmodern prose-poem. Secular and Catholic readers alike adore it.

There is something to be said for Catholic writing that transcends an audience of believers.

In fact, a Catholic approach to the wider world has been a consistent theme in Catholic fiction since Hansen’s novel. Alice McDermott’s novels mine the tensions of family life. Some of her novels, such as The Ninth Hour and Someone (both Farrar, Straus and Giroux), include earnestly Catholic characters, even priests and nuns. Others, such as That Night (Picador Paper), are the result of a Catholic sensibility. William Giraldi’s fiction and essays, particularly the striking Hold the Dark (Liveright), reveal a Catholic-formed concern with questions of morality and mortality. Phil Klay won the 2014 National Book Award for his debut story collection, Redeployment (Penguin Press), as morally Catholic—and specifically Jesuit—a work of fiction about war in recent memory.

McDermott, Giraldi, Klay, and other contemporary writers coming from the Catholic tradition share a concern with what might be called the “mundane world”—to borrow a phrase from Christopher Beha, a novelist and the editor of Harper’s Magazine. “The novel,” Beha says in an interview, “has always taken as its task the representation of the mundane world in which individuals live, love, suffer and die.” In this context, mundane is not provincial but might be considered work that mines the daily, domestic, visceral lives of its characters. The juxtaposition between “mundane” and “live, love, suffer, and die” captures the Catholic writer’s incarnational vision of the world: God is in all things, including the minutiae of daily life.

Beha has authored two previous novels. His latest book, The Index of Self-Destructive Acts (Tin House Books), adds to his formidable canon of Catholic-infused work. Beha has spoken about his own Catholic childhood and faith in relation to writing. In a 2012 interview, Giraldi asked Beha how Catholicism—“belief or the lack of belief”—informs his work. “The problem of faith is the problem for me,” Beha says. “It preoccupies me far more now than it did when I was a believer, perhaps because it wasn’t a problem then but merely a fact.” He stresses that he was very much a believing Catholic, not merely a nominal one, and that his “religious feelings were grounded in a sense of wonder at the mysteries of human existence.”

Belief is a private matter, but Beha’s recent public discussions of faith suggest a turn back to Catholicism. His novels carry a significant Catholic vision of the world—one similar to the tradition of Graham Greene’s ability to render religious yearning through dialogue and Walker Percy’s talent for revealing philosophical concerns through daily life.

Beha’s new novel begins in the spring of 2009. Like many great novels, Beha’s story creates a world that feels like it’s on the precipice of something disastrous. Sam Waxworth, a former data journalist whose stunning political predictions garnered him quick fame, moves to New York City to begin working as a writer. His wife, Lucy, a special education teacher, still lives back in Wisconsin.

The book opens with a question: “What makes a life, Sam Waxworth sometimes wondered—self or circumstance?” The rest of Beha’s novel demonstrates that this question—and other philosophical questions—still matter in our world. The novel’s title is a reference to a baseball statistic that tracks pitcher mistakes: “balks, hit batsmen, wild pitches, errors.” In other words, we are about to learn the story of a man who thinks he is in control but isn’t.

By creating stories where characters fall in and out of faith, contemporary Catholic writers reflect the lives of Catholics in a secular world.

Sam’s confidence comes from data. “We were living through a revolution in counting technologies, and the world needed people who knew what to do with the numbers”: people like Sam. An atheist, he’d drifted from the faith of his youth but was certain that his mother “held out hope for him: her son’s apostasy could only be a prelude to a deeper faith, because God had a plan, and they were all a part of it.” Maybe that line would be delivered with a smirk from most writers. Yet Beha is sincere in his treatment of faith. God matters in his fiction.

Between a street preacher who barks about the coming end of the world and Sam’s curious identity as an imperfect prophet, the novel has an eschatological tone. Beha creates a world where a talented and cocky man makes a litany of bad decisions—fueled by ambition and lust in perhaps equal parts. As the story builds toward its conclusion, we get the sense that a novel where things fall apart can only work where some previous structure existed.

Contemporary Catholic writers like Beha offer readers this implicit structure of sin and salvation. The literary witness of these writers is not superficial. By creating stories where characters fall in and out of faith, they reflect the lives of Catholics in a secular world. The fact that these writers are published and read by secular readers speaks to the transcendence of the Catholic vision of life—a vision often best told through the vehicle of story.

Beha’s novel differs in subject and style from Hansen’s tale of mysterious events in a convent, but both novels exist in a rich lineage of Catholic literature—a literature very much alive. Sam Waxworth doesn’t believe in God, but the writer of his story believes God matters—which in contemporary fiction is no small matter.

This article also appears in the September issue of U.S. Catholic (Vol. 85, No. 9, pages 14-16). Click here to subscribe to the magazine.