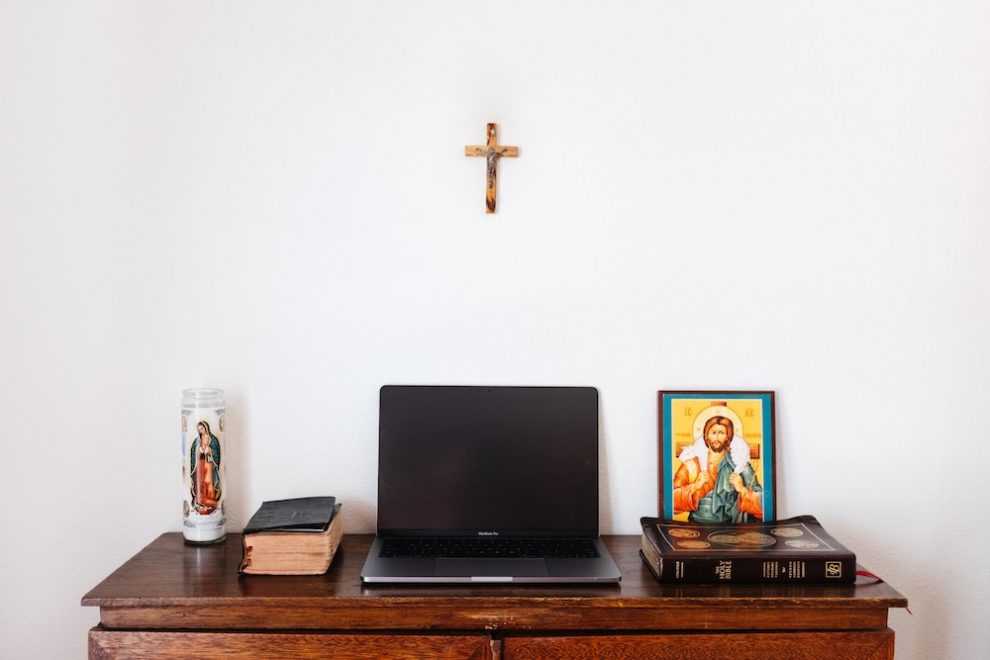 We’ve recently had a taste of what it’s like not to go to church. We literally couldn’t gather. Since the root word for church, ekklesia, means “assembly,” not assembling is a troubling thing.

How did early Christians get by without church buildings? Were their “house church” experiences like ours this year, spending Sundays at home?

First-century followers of Jesus had no distinct meeting rooms in which to celebrate the Eucharist. Common public spaces in society included the synagogue, the marketplace, and the Temple’s outer courts. None are especially hospitable to the gospel message when Jesus first proclaims it. Peter and John get arrested for preaching in public. Stephen, the first martyr, is stoned for making the attempt.

Throughout the greater Roman Empire, however, orators routinely utilized public spaces. Teachers presented varied philosophies, hoping to attract students (disciples) to their schools of thought. St. Paul employs such spaces when he enters new territory to introduce the Jesus story. Often he is chased out, arrested, or beaten for disturbing the peace with such a novel way of viewing social responsibility. Paul too is stoned and barely escapes with his life.

For believers often disowned by their families for embracing the faith, the house church became a new home.

Given the danger, early Christians preferred to gather in believers’ homes for teaching and worship. The gospel was still presented publicly in each new city and town. But once seekers attracted to Christianity were identified, the community went indoors for further instruction. Jesus also teaches in the homes of those attracted to his message— even in a house that becomes so crowded that some men take the roof off to lower a paralyzed friend inside for a healing.

The house church as a primary place of worship and instruction had consequences both intended and otherwise. To be invited into someone’s home implied a pledge of protection and hospitality— a welcome relief to a community viewed with suspicion elsewhere. For believers often disowned by their families for embracing the faith, the house church became a new home.

The early organization of the church took on the structure of its meeting places. The householder typically led the gathering. Since Paul appoints women such as Lydia to gather the church in their homes, this implies Lydia, and other women, performed a significant leadership function. Jewish mothers typically led, and still lead, Sabbath prayers in their homes and routinely served at the table. Paul doesn’t seem to find it outrageous to assign women this responsibility in the house church.

By the second generation—as we know from the letters of Timothy and Titus—this created problems. House church leaders collided with the increasingly consolidated authority that was emerging “higher up.” Presbyters and episcopal leaders eclipse the roles of householders. As Christianity is legitimized, its architecture is styled on public buildings such as the basilica or the king’s hall. Moving church leadership “downtown” leads it to embrace the chancery style familiar today.

This article also appears in the August issue of U.S. Catholic (Vol. 85, No. 8, page 49). Click here to subscribe to the magazine.