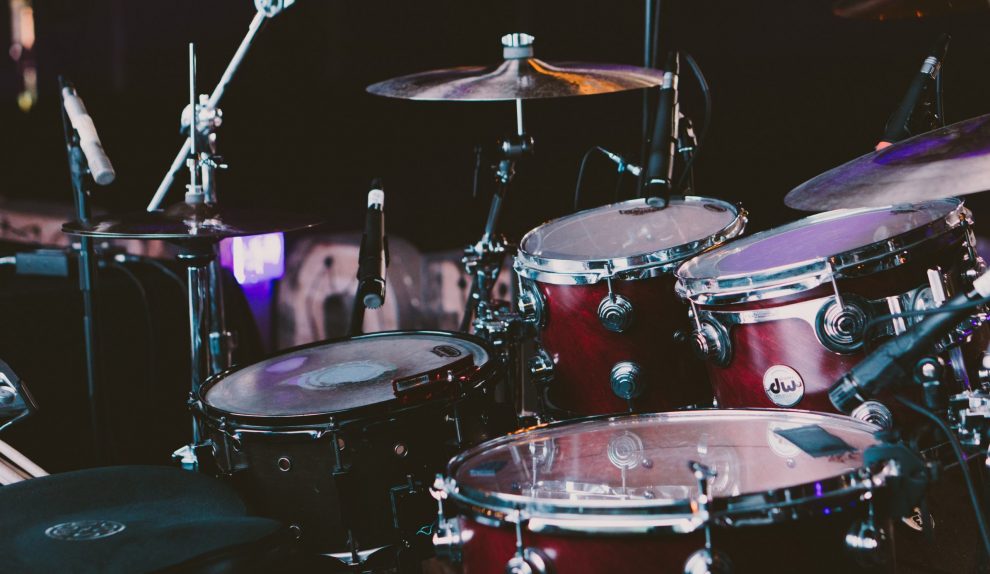 Voices and car horns synchronized to create a rhythm of solidarity. Fists were raised. Eyes connected. Heads nodded. Cars were adorned with “No Justice, No Peace,” “Say their names,” “White Supremacy is a sin,” and other slogans.

This was protest in the time of COVID. In Chicago, led by African-American clergy, thousands of people protested nonviolently against the dehumanization of black lives and for the creation of a society wherein racial justice abides.

Many protested by walking, some by biking, many others—like my family—through driving. As a local pastor said, “Stay safe: don’t catch coronavirus fighting the virus of racism.” We were moving in different ways but we joined together in solidarity.

Showing up was important—even in the time of COVID-19 and social distancing, when more than 112,000 Americans have died, nearly 2 million have been infected, and more than 40 million have lost their jobs—because black men and women continue to be murdered by white people simply for having the audacity to live.

There are no words to express the outrage that many are feeling and many more should be feeling. There are groans of lament, sighs of weariness, actions of protest, and burnings and burglaries of anger.

Where words fall short at the ineffability in the face of evil, sin, and great trauma, the language of music and protest reside. So, if there exists such a thing as true racial solidarity of whites with the struggle of African-Americans and other people of color, perhaps it sounds something like: Honk, Honk Honk. “Black Lives Matter!” Beep, Beep, Beep. “Black Lives Matter!”

Or, it might be a musical soundscape that is honest, visceral, pained, angry, not “pretty,” not “nice,” using the raw material God has given, not taking the lead but following, assisting, trying to repair harm, and trying to communicate with those who otherwise will not listen to cries for justice.

Perhaps it sounds like the song “W.M.A.”(White Male American) by the band Pearl Jam. The song is a primal scream, a howl of rage, against the racialized social order.

In 1992-1993, Pearl Jam were riding high off of the success of their first album and were recording their second album, Vs., with the raw spirit of ripping the scab off of an old wound.  While cultivating this sound, lead singer Eddie Vedder had an experience that led him to write “W.M.A.” Even though the liner notes for the song showed a clipping about Malice Green, a black man killed by Detroit Police in 1992, the lyrics were inspired by Vedder’s own experience.

In this moment, Vedder became fully cognizant of the protective benefits connected to his “whiteness” and the trauma and vulnerability in daily life connected to his acquaintance being a person of color.

The song has a primal rhythm, a foregrounded bassline that is the song’s hook, and Vedder’s howling lyrics soaring above it all:

This anger may also sound like the funky sonic explosion of “Ground on Down” (1995) by Ben Harper. In 1999, he noted, “Make no mistake about it, making a good record is pure, unadulterated pain.”

Ben Harper is mixed race. His father is African-American and his mother is white-Jewish. His sound combines multiple genres and this song combines the “voodoo” sonic noise of Jimi Hendrix, the righteous anger and pride of funk, and the spirituality of gospel. He oscillates between singing and screaming, using both his voice and his slide guitar to express righteous anger.

While pondering the oppression in the world and the inaction of good people, Harper speaks like a Hebrew prophet:

And you’re working your way
From the ground on down

These songs communicate anger and pain in ways that mere words struggle to do effectively.  They catch our attention, highlight an injustice—like white privilege, racialized policing, and the passivity of those with good intentions—and shout “this should not be!”

These two songs have a soundscape, lyrics, and delivery that communicate beyond mere words.  They are examples of what Catholic theologian Edward Schillebeeckx called a “negative contrast experience.” That is, an experience that is negative because it recognizes that injustice is not God’s will and that the injustice contrasts with God’s goodness.

Perhaps the communicative power of music can move some Catholics into “mystical-political” action, praying with bodies in liturgy and with feet in protest. It means intertwining spirituality and constructive social and political action to bring about a more just and humane world.

A world where Black parents do not need to fear for the lives of their children on a daily basis due to white violence.

A world where “same crime, different time” is but a fading memory and the legal system holds everyone equally accountable for their actions.

A world where we truly know that indeed we are our sisters’ and brothers’ keepers.

A world less susceptible to innocent suffering and untimely death inflicted by pandemics such as white supremacy, racialized violence, COVID-19, and economic insecurity

A world that shows a glimpse of Dr. Martin Luther King, Jr.’s “beloved community,” especially for those who have been afflicted the most by the presence of death, suffering, and injustice.

Fellow bearers of God’s image like Tony McDade, Atatiana Jefferson, and Rekia Boyd, their families, and the many names we will never know of people like them who suffer needlessly.

Anger. Pain. Disgust. Grief. Lament. I have felt all of these and more in the wake of the recent murders of men and women simply for “living while black.” I have felt them in the wake of the subsequent waves of burglaries that have harmed so many grocery stores, coffee shops, pharmacies, and other small businesses in my community.

I have yelled, shed tears, and gone numb. If a person does not feel these emotions when confronted with such horrific injustice, they have lost all sense of right and wrong and abandoned what it means to be a bearer of the image of God.

Music can communicate all of this and more.

May music sacramentally guide us to mourn, lament, and agitate for change.  Maybe it can be a catalyst for long term racial justice as well.

Reclaim Lent after a year of suffering and death