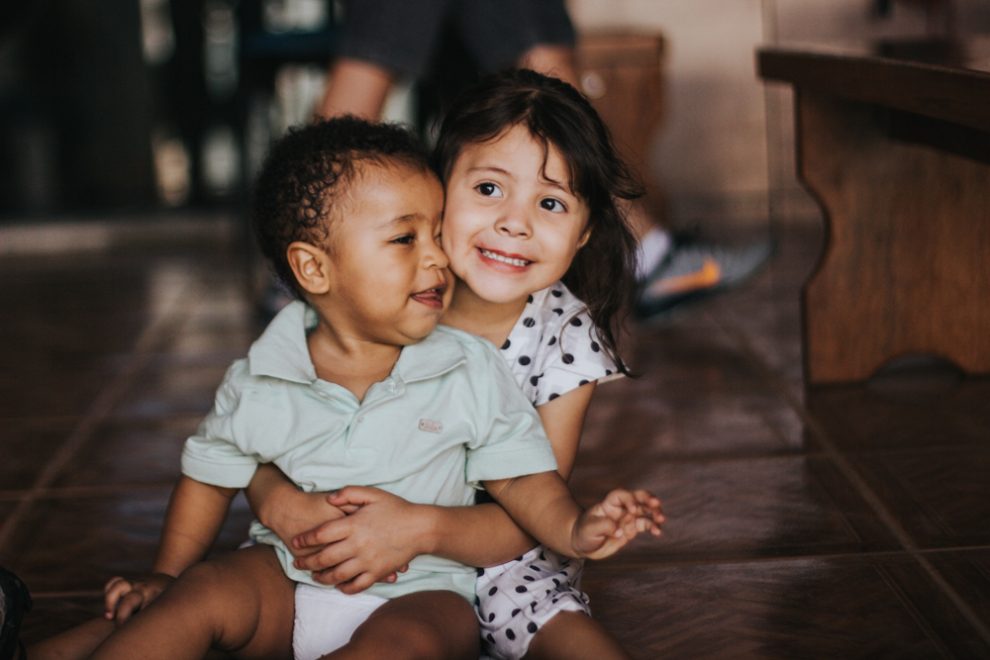 Voting can feel fraught for Catholics. Neither national party’s platform advances the full range of issues people of faith care about. A bright spot in the 2020 election, however, is the wealth of bold proposals to further economic justice. Candidates are offering solutions to many sources of deep economic worry for ordinary families, including wages and livelihood, child care, and health care.

The church’s economic and political tradition, known as Catholic social thought, deplores high inequality, criticizes finance for putting profit before people, and supports taxation to fund programs that meet human needs. Broadly speaking, these views are shared more often by Democrats than by Republicans in the United States, although not all Democrats stand for these values.

Ultimately, Catholic economic thought cannot be labeled progressive, conservative, or even moderate. The best we can say is that the church is passionately in favor of changing what must be changed and preserving what must be preserved, without making halfway measures a virtue in either case.

Still, when it comes to economic issues, certain key convictions are clear. The most important feature of the economy is not how much wealth is being created but how well everyone is doing, including the poorest members of society and those too young, too old, or unable to work. God created us in solidarity with one another, which means our needs and concerns are linked. When we help one another, including by paying taxes, we live out our nature as beings in solidarity.

This primary election season, consider these key issues of economic justice before you make up your mind.

The church teaches that workers deserve dignified treatment and just wages. A just wage in Catholic thought is not simply the wage a worker accepts but rather the wage that allows a worker and any dependents to meet their basic needs. Today, when a full-time minimum-wage worker cannot afford a two-bedroom rental anywhere in the United States, it’s clear many employers are not paying just wages.

Most Democratic candidates have committed to fight for a national minimum wage of $15 an hour, more than double the current minimum wage of $7.25. A few support a federal jobs guarantee. Catholic social thought recognizes that employers have power over the workers whose wages they pay and finds it amply appropriate for governments to intervene on workers’ behalf.

Families may fail to meet their basic needs through paid work for various reasons—whether because of illness or disability, problems in the labor market, or the need to care for children or vulnerable adults. The church has long understood this and urges societies to support such families through tax-funded government programs.

Both Republican and Democratic candidates generally approve of family tax credits that increase with the number of children, like one President Trump expanded in 2019. This approach raises the question of how families without a wage-earning worker, surely among the most vulnerable, can access needed help.

A bolder proposal seeks to meet basic needs and eliminate bureaucracy by guaranteeing every U.S. adult a “basic income” of $1,000 per month, without the requirement to work or demonstrate need. Championed by 2020 candidate Andrew Yang, the proposal draws support from economists across the political spectrum. As Yang points out, a universal basic income would support adults in the valuable unpaid work they do, such as in-home family care. This insight embodies a core value of Catholic social thought: Work is not limited to earning wages outside the home. Work, in the sense of productive, purposeful activity, is a universal human responsibility.

In Catholic thought, the basic unit of society is not the individual but the family. The economy fails families when parents who would prefer to be with their children are forced to return to work instead. At the same time, the responsibility for a child’s well-being does not narrowly rest with his or her parents. Rather it is shared by our whole society. Two proposed programs capture this balance between parents as primary caregivers and society’s shared responsibility for children’s flourishing.

The United States is one of a few countries in the world that does not guarantee any paid leave for wage earners when a child joins the family. Most Democratic candidates support a federal guarantee of 12 weeks partially paid family leave, and some argue for more. For working parents of younger children, child care is one of the largest expenses in a family budget. Most Democratic candidates support free prekindergarten programs, either for low-income families or for all families.

All these proposals acknowledge that while raising children is a joyful and graced responsibility for parents, it should not require incurring months of lost wages or the equivalent in child care costs.

Emulating Jesus’ own healings, Catholic religious orders have cared for sick people since the medieval period, and Catholic health care facilities are a significant presence in the United States. Jesus’ incarnation in human flesh demonstrates the profound value and dignity of human bodies, which is why the church views health care as a basic human right. For a long time, it appeared the United States could help everybody exercise this right by expanding access to health insurance.

Increasingly, it has become clear that expanding insurance access, while helpful, still leaves too many without meaningful access to care. Even those who are insured may avoid seeking care—or make even more profound decisions, like delaying parenthood—for fear of unaffordable out-of-pocket costs.

As Senator Elizabeth Warren showed in her research at Harvard University, medical expenses are the most common cause of personal bankruptcy in the United States, and more than three quarters of those who filed had health insurance. Having insurance is not the same thing as having real access to health care.

Senator Bernie Sanders’ “Medicare for All” proposal takes a cue from exemplary health care systems of France and Canada, which are single-payer but not single-provider. There, governments pay for care in the patient’s choice of public or private facilities, a model supported by U.S. bishops as early as 1981. This system balances the Catholic conviction that health care is a human right with the understandable preference of many to choose their own provider.

With nearly half of rural U.S. health care facilities at risk of closing due to patients’ inability to pay, the entire nation stands to benefit from a system that guarantees health care for everyone while allowing patients to access care on their terms.

Kate Ward is an assistant professor of theological ethics at Marquette University. She lives in Milwaukee with her husband and 1-year-old.

Why do priests wear green in Ordinary Time?