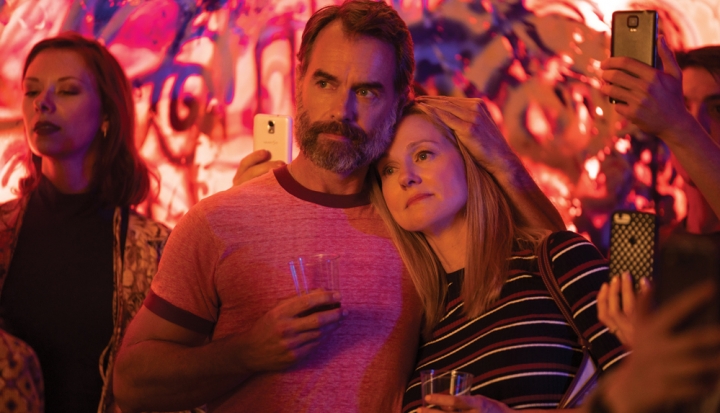 When you turn on the television, the people you see may look like you. But if they don’t, you may feel invisible to the very culture in which you live.

The most powerful tasks media perform are to show us ourselves, show us one another, and show us how others see us. For example, most Christian Americans were taught what the Crusades were about—which side was honorable, which side was godless.

I recently edited a military history novel, Brotherhood of the Mamluks (The Sager Group) by former Marine Brad Graft, about a disillusioned crusader who switched sides to fight with Muslims. That uncommon perspective changes how you see the world working—just as finally hearing a story told from the point of view of your ancestors might help you feel honored and validated.

In the telling of a different kind of crusade, Netflix launched a new miniseries in June about life and love in San Francisco that continues the story of a famed miniseries aired decades ago. The two illuminate who we were as a nation in the late ’70s and ’80s and who we might be becoming now.

Journalist Armistead Maupin created nine beloved Tales of the City novels. The first was set in the 1970s, the last published in 2014. Tales sold 6 million copies and launched consecutive miniseries on the BBC, PBS, and Showtime. Netflix’s new sequel features Laura Linney, Olympia Dukakis, and Ellen Page in a story that spans decades of friends, lovers, and gender revolution.

From its origins as a gold rush town, San Francisco’s history is one of unconventional attitudes toward gender and sexuality. (There are 19th-century accounts of the then predominantly male population engaging in cross-dressing at social events and in public.)

Over time, the city became known for having a male gay culture that was, relative to the rest of the country, fairly visible. LIFE magazine named it the gay capital of America. Lesbians weren’t as visible or welcomed as were gay men, and LGBTQ acceptance was far from consistent as raids, crackdowns, setbacks, and riots occurred. And in the 1980s, San Francisco began a descent into an epidemic that would decimate its population: AIDS.

Maupin was one of the first writers to introduce openly gay characters and AIDS into popular narratives. The original Tales of the City (made into a BBC miniseries in 1993 and now available on Netflix) shows wide-eyed, heterosexual, Midwesterner Mary Ann Singleton arriving in San Francisco in the late ’70s searching for love and adventure and coming face to face with things new to her: hippies, marijuana, gay men, and sexism at work. As Mary Ann’s life entwines with intriguing new people, she reinvents herself and finds her footing.
Maupin all but emasculates gay life during that period, perhaps to help non-LGBTQ audiences be as accepting as Mary Ann. Watching today, that coyness is almost comical and the attendant racism is clueless. It’s a telling bit of time travel, well worth viewing today, if only to show young people how badly people dressed back then.
Although that first Tales miniseries broke new ground by introducing fully developed, sympathetic gay characters existing alongside hetero folks, nearly everyone was white. In this year’s sequel, the rainbow is fully represented in most of its LGBTQ and racial glory. Most identity and race permutation boxes are ticked, and if this sometimes feels a bit insistent, better that than a whole lot of straight, white people acting like they own San Francisco.
Although the focus is the story rather than the bedroom, there is both real chemistry and desire present. People kiss and stuff. What happens to heterosexuals in romance movies happens to most, but not all, of these characters. Hey, it’s not a fairy tale. The struggle is real.
Intelligently and refreshingly, Netflix abandons one-dimensional depictions of LGBTQ people and adds nuance, dimension, and human bewilderment. Characters are bisexual, or maybe not. Genderfluid and confused about it. Entitled to rights yet ignorant of who fought whom to get them. It’s clear that progress shuffles along in an awkward two-steps-forward, one-step-back manner. Less wisely, the miniseries clunks its way through outdated feminist politics—should I work or have a family?—and a tedious adoption storyline that never leads to anything.
Mary Ann returns to San Francisco after 23 years and is something of an annoying and hypocritical prude. Why? This plays to the stereotype that hetero means narrow-minded and that LGBTQ persons must ever be faced with fools. OK, that’s probably truer than not, but in the original miniseries Maupin teased us with a vision more loving. Had he done that again, he would have showed us what we might look like as our better angels in 2019.
These new Tales arrive during a disturbingly dichotomous age in which tolerance and welcome of Others exists uneasily alongside retrograde forces of deep fear of any history that is not Ours, whoever the Ours may be. Tales shows us a sane, rational world in which the most interesting thing about difference isn’t that it can spark hatred.
This is what art and media can do: show us our common humanity in color and lines and language so compelling that we feel truly, blessedly seen at last. Or it might knock our familiar lens out of our hand and instead, for a time, show us the world through someone else’s eyes.
When we look at ourselves from the point of view of the Other, that is when we truly begin to see ourselves.