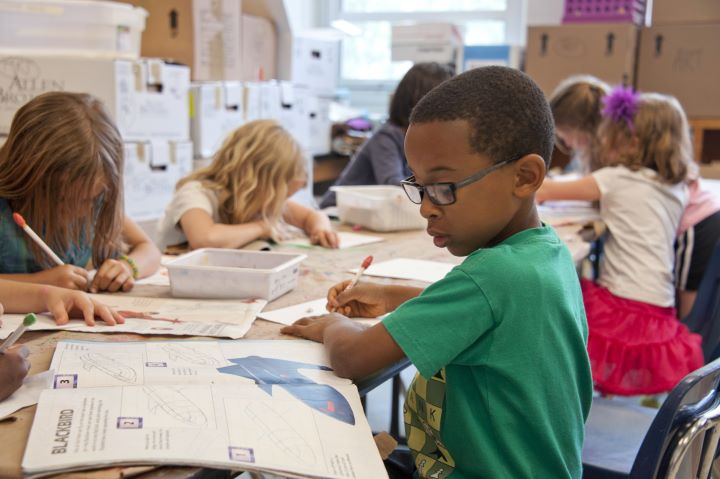 Three real-life events from the past several months:

1. A raccoon family moves into the soffit of our garage. My vegetarian daughter insists we find a company that will relocate the animals, not put them to sleep. One place says yes, that is indeed their policy. “Where do you move them to?” I ask, knowing that the raccoons would just hightail it back to their pleasant lofty quarters if not sent far, far away. “Well,” says the man, “we bring them over to Humboldt Park,” naming a huge Chicago park in a Hispanic neighborhood. “They’re having a big Puerto Rican parade over there on Saturday, so we’ll be especially happy to do that, heh heh.”

It takes me a moment or two to realize what this guy is actually saying.

2. The class of junior high kids in a Catholic school classroom mirrors the world: African Americans, kids of European and Palestinian descent, Chinese, Filipinos, Hispanics. Unable to spout any of the usual prejudices given their eclectic makeup, they fall back on one of the oldest prejudices around: anti-Semitism. “You Jew!” they hiss at one another if someone steals cookies out of their lunchbox. A few classmates tell them to knock it off.

3. A child visits a classmate’s house where a family member tells of interviewing applicants for a job that day. “A ______ came in to apply,” says the family member, using a derogatory term for a gay man that I won’t repeat here. “I don’t want any of them working for me!” These remarks are followed by an imitation of how a gay man would supposedly speak. One child of the household objects, while the other family members laugh.

This is the world into which we are sending our kids. But let’s also be honest here and admit that most of what kids learn about how to regard “others” comes from us, their parents. How we speak in our homes about other races, religions, ethnicities, about homeless people, or gay and lesbian people, or those who cross our borders to earn a living without permission from the proper authorities, transfers right to our kids.

My son and his Catholic high school buddies (of many hues) used to sing a little song to the tune of “It’s beginning to look a lot like Christmas”: “Everyone’s a little bit racist, everywhere you go!” Ain’t that the truth. They learned to spot their own biases—a white kid realizing he’d feared a Hispanic lab partner would not be as smart as a white partner. Boy, was he wrong.

Chances are that our older kids could easily identify for us our biases or prejudices if we dared to ask them—at least until they begin to adopt the same attitudes themselves.

“Recent scientific research has demonstrated that biases thought to be absent or extinguished remain as ‘mental residue’ in most of us,” says the tolerance.org site, a project of the respected Southern Poverty Law Center: You can take a test to uncover your own stereotypes and also find a variety of great responses for those school, work, and family “What should I have said?” moments when someone drops a racist joke or remark.

The site featured a heartening news story about the 80 people—Christians, Jews, Muslims, and those of no faith at all—who turned out for a summer prayer vigil to protest a sign in front of a Florida church that read, “Islam is of the devil.”

Our baptism commits us to be brothers and sisters to all the children of God, a motley crew if ever there was one.

This article was originally published in the October 2009 issue of At Home with our Faith.