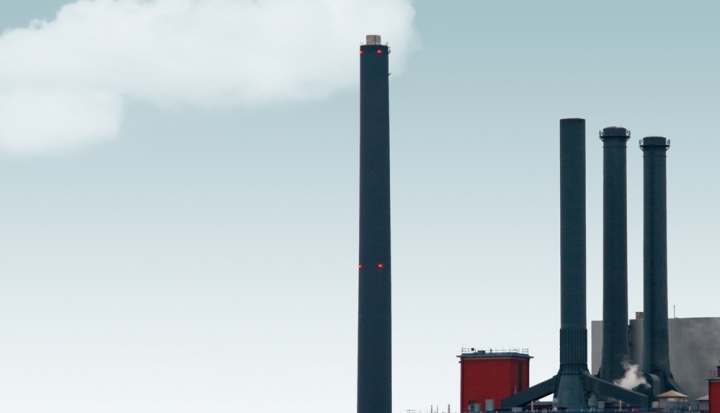 “If there is a building on fire with a child trapped inside, but outside the building there’s a ‘No Trespassing’ sign, anyone in their right mind would go in to save the child,” says Brenna Cussen Anglada, a Catholic Worker who resides at St. Isidore Catholic Worker Farm in Cuba City, Wisconsin and is an environmental activist.

Inspired by rising sea levels and disappearing species, Cussen Anglada and three other Catholic Workers—known as the Four Necessity Valve Turners—decided to make a radical statement. On February 4, 2019, they entered an Enbridge Energy valve site in northern Minnesota, locked themselves in, and called the company to inform it they were about to turn off the valves, stopping the flow of crude oil in pipeline three, which extends from the Alberta Tar Sands to northern Wisconsin.

As a result, these activists were arrested, jailed, and charged with a misdemeanor and a felony. If convicted, they could face five years in prison.

“We believe it is necessary to shut down the flow of this oil. Otherwise we’re all going to be facing catastrophic results from climate change,” says Cussen Anglada. “We’re hoping to use the necessity defense in court. Our world is on fire and we need to shut down these pipelines and put our money and energy behind alternative solutions.”

While environmental activism has often been associated with secular social justice movements, for Cussen Anglada and her fellow Valve Turners, this movement relates directly to her Catholic faith. “Jesus and the prophets call us to stand up for and with the most marginalized, the ones whose rights mainstream society has ignored,” she says. For her, concern for the Earth and faith in God go hand in hand, and her decision to engage in such a dramatic action came after a long process of prayerful discernment.

Cussen Anglada has spent her entire adult life as a Catholic Worker and tries to live out the Christian call to stewardship of the Earth. Her choice to participate in an act of civil disobedience and shut off Enbridge’s pipeline three in February 2019 was inspired by a vocation to care for the Earth and act in solidarity with indigenous peoples to make amends for the harm done by colonialism.

Her commitment to environmental justice is inspired by Genesis; according to Cussen Anglada, the Bible expresses the holiness of the Earth. “Growing up Catholic, it was clear that the elements of the Earth—bread and wine, wax candles, incense—are sacred. We are all in this together and don’t have the right to use and abuse the Earth,” she says. “Pope Francis has called caring for the Earth as a work of mercy. The Earth is one of the least among us, because it is the most abused. This is not a sideline activity for a Catholic. It stands at the core of our faith.”

She adds that Laudato Si’ (On Care for Our Common Home) is especially important to her. “Francis reiterates over and over that we need to reform our relationship with the Earth. It’s not just something we care for, but someone with whom we have a relationship. Humanity has broken that relationship and we need to restore it,” she says, also remarking that Francis has declared that indigenous communities around the world should be our primary dialogue partners.

As a European American who grew up in Plymouth, Massachusetts—the site where the pilgrims first landed—she also feels a special obligation to work side by side with indigenous peoples. “My own white community has done so much harm in the process of colonization,” she says. “If indigenous peoples are fighting for their land and communities, I want to be fighting alongside them to repair that harm.” Cussen Anglada says that, although the risks involved are high, her desire to “struggle together with indigenous communities and follow their lead” pushes her to participate in nonviolent actions that may result in imprisonment.

Cussen Anglada acknowledges that nonviolent protest through turning the valves off, while an act of resistance and witness, will not necessarily yield practical results in halting climate change. But for her that fact does not diminish its impact. “The United Nations says humanity has only 11 years to take urgent, unprecedented action to change the current fossil fuel system to revert the effects of climate change,” she says. “We felt we wanted to do something urgent but nonviolent that would be a wake-up call.”

Cussen Anglada does not know what will happen next for the Four Necessity Valve Turners. While it is possible that the charges against them could be dropped—or increased—she is eager to see the case go to trial. “We want to bring the urgency of climate change into the courtroom, to prove our actions were justified before a 12-person jury. It would be a huge win if the jury could acquit us.”

The Valve Turners will be defended by a team of lawyers who are working pro bono to raise awareness of the need for climate justice. While Cussen Anglada often gets discouraged by the realities of climate change, her faith grounds her in hope. “I don’t think we will be able to turn climate change around without a miracle,” she says. “Maybe humanity won’t do so well, but I believe God is infinite and this Earth, which has been here for billions of years, will survive and regenerate herself as she has always done. I want to be a part of a community of people who are doing the right thing.”