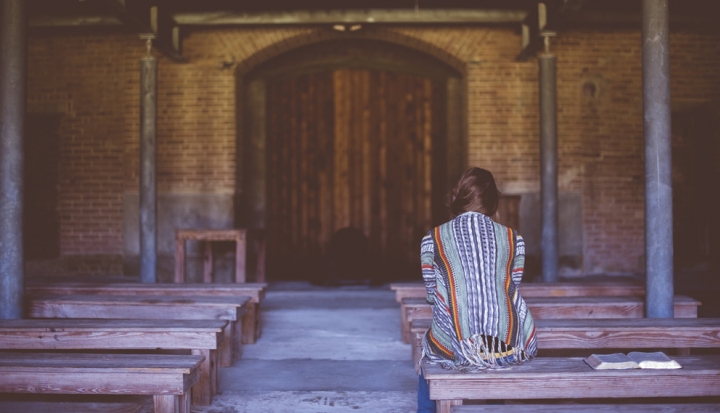 “We are Catholics, but if any of you want to found another church you are free to go.”

Pope Francis was responding to a religious woman’s question at the May 10 meeting of the International Union of Superiors General in Rome. The question asked about Francis’ recent announcement that a theological commission examining whether women should become deacons had not reached a definitive conclusion, rendering the issue effectively dead for the moment. “In the case of the diaconate, we have to see what was there at the beginning of revelation,” the pope told her.

Gerard O’Connell reported that Francis offered that “found another church” comment with “a touch of humor.” Other accounts do not describe it that way. Whether it was intended as humorous (or even if it was humorous in fact) it seems to me that the remark is problematic. Then again, so is the finding about women becoming deacons.

In 2005, the U.S. Conference of Catholic Bishops acknowledged that 80 percent of the ministry done in the U.S. church is done by women (64 percent by laywomen, 16 percent by women religious). In a 2015 study, the Center for Applied Research in the Apostolate found that number has hovered consistently around 80 percent at least since 1990. We also know that, since 1990, the number of ordained men in active ministry in the United States has declined by more than a third. And, we know these are not exclusively American phenomena. While there are a few encouraging hotspots where priestly vocations are numerous, the ratio of priests to the Catholics they serve has been declining around the globe for decades.

Being a well-formed Catholic, I am cautious to argue from an is to an ought. But I think that the case is plain that the church can ill-afford to be so discouraging toward women as Francis was on May 10. Already there are places where the faithful suffer from a sacramental famine because the Eucharist is unavailable. A circumstance where discouraged women begin to leave ministry on a scale similar to men leaving the priesthood would have horrendous implications.

That hardly is a historical or a theological case for admitting women to the diaconate. But it is a case against the historical and theological lens that has been applied to that question. Francis and many on the commission studying women in the diaconate appear to have approached it less from a perspective of asking, “Why should women become deacons?” than from a perspective asking, “Why shouldn’t women become deacons?”

The subtle difference matters. Many who oppose admitting women to the diaconate worry it will open the way to women entering the priesthood. Francis himself appeared to share that worry when he spoke about proceeding “in fidelity with revelation,” an apparent reference to Pope John Paul II’s “definitive” teaching in Ordinatio Sacerdotalis that the priesthood is reserved to men because the church “has imitated Christ in choosing only men.” But thinking about the diaconate this way has the whole problem backward.

Jesus never called one deacon throughout his three years of ministry. The diaconate is distinct from priestly ministry. As the documents of Vatican II quoted from Hippolytus of Rome, a deacon “is not ordained to priesthood, but to ministry.” The diaconate, if we look back to the beginning, was an entirely different sort of ministry of service. It was only in the later centuries of the Middle Ages that the diaconate became a step toward priesthood.

We ought to be able to take up the question of the diaconate without any thought about it as a step toward the priesthood precisely because historically and theologically that was how the diaconate came to be. To become preoccupied with the connection between priesthood and diaconate, invoking revelation and the choosing of men to be Apostles, is to read history backward, as it was not experienced, instead of forward as it was. It is an ahistorical argument preoccupied with the priesthood, closed to the possibility that this ministry of service should be open to women.

Adopting this ahistorical lens risks telling women they are right to feel discouraged, as though invoking history and theology merely are useful ways to bar women’s way toward positions of authority in the church. This is one reason why I have so much difficulty finding the humor in Pope Francis’s remark.

The other reason is because even joking that people should leave and “found another church” has a more serious problem. If we look back to the beginning of Revelation, we can be certain that the church is intended to grow, not to shrink.

We have heard some say that, “Losing people who are members of the church in name only is an imaginary loss.” I disagree. Not one of the Good Shepherd’s sheep is imaginary and even one is too much to lose according to any Gospel I know (Lk 15:6). Especially in today’s scandal-plagued, rapidly shrinking church, this is nothing to be frivolous or flippant about. Certainly, it is nothing to hope for.

Some have speculated that Pope Francis shut down the discussion about women deacons because he faces too many controversies, he has to choose battles. That may be true. It may even, for the moment, be a prudent and necessary choice. But there is no doubting that women and the whole church so many of them already serve deserved something better than that May 10 quip.

These are discouraging times to be Catholic. I am sure it is not easy to be the Bishop of Rome. Still we look to Francis not only to “favor the proper and necessary participation of women in the cultural life,” but also to be a beacon of hope—something he usually does well.

As Pope Francis often reminds us, we are called to be a church of joys and hopes. Uncharacteristically, being so discouraging, Francis erred with those remarks. That is human and forgivable enough. The pity is that the occasion was so important.

TagsEncyclicals Pope Women in the church