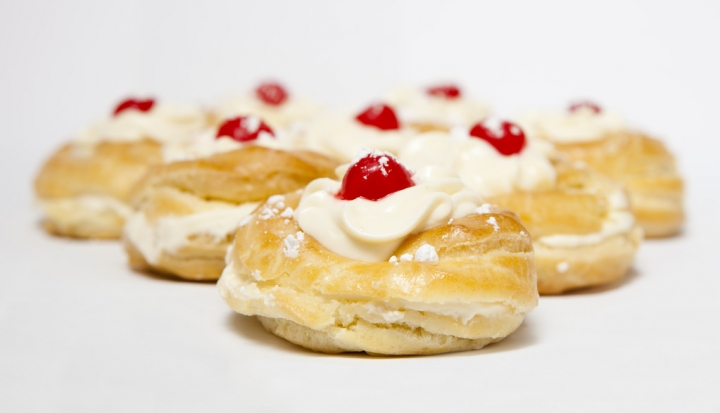 Visit any store and it is easy to see St. Patrick’s Day is big business. According to the National Retail Federation, Americans spend over $4 billion annually on St. Patrick’s Day goods. There are the usual green bowler hats and “Kiss Me, I’m Irish” buttons. There are also newer innovations, like “leprechaun mess.” The point of this green and white confetti is to lay it in a trail that kids can follow to the “pot o’ gold” you’ve filled with repurposed Hanukkah gelt and hidden. Presumably, it is vacuumed up the next day, along with the ordinary “two kids and a cat mess.”

Given this roll out for a fifth-century Catholic saint, it is a little surprising that American retailers have not figured how to keep the party going, stretching St. Patrick’s Day into the March 19 celebration of the Feast of St. Joseph. Think of the marketing possibilities. Every hardware store could hold a St. Joseph’s Day sale. Kids could dress up in tunics and fake beards. And bags of sawdust could easily be sold as “St. Joseph’s Day mess.”

The church has marked March 19 as the Feast of St. Joseph since the 10th century. In North America, Jesus’ father has been celebrated since the 17th century, when French and Spanish explorers began naming things after him. Today, this devotion can be seen from St. Joseph, Michigan to San Jose, California.

Celebrations of the saint’s feast day, though, require a bit more searching. In 19th and early 20th century America, you would most likely find St. Joseph’s Day celebrations among communities of Italian immigrants, particularly those from Sicily. Sicilian devotion to the saint dates to the Middle Ages, when he interceded to end a drought that was killing all their crops. This began a tradition of honoring the saint with a feast—a vegetarian feast, as March 19 always falls during Lent. Prominently featured are fava beans, the first food to grow back as the drought ended, saving the Sicilians from starvation.

Food is also offered to St. Joseph on altars that include more fava beans, limes, bread baked in the shape of carpentry tools, wine, cakes, and zeppole, a fried pastry coated in sugar. As the day draws to an end, some people celebrate by lighting bonfires, and the food from the altars is distributed to the hungry.

The large numbers of Sicilians who immigrated to New Orleans, at one point constituting nearly 80 percent of the population in the French Quarter, made that city one of the few in the United States with widespread public celebrations of St. Joseph’s Day. It probably helped that these immigrants landed in a city with a preexisting tradition of celebrating important Catholic feast days with food, including a fried pastry of their own. Still, New Orleanians adopted St. Joseph as one of their own, celebrating his feast not only with public altars, but a St. Joseph’s Day parade as well.

New Orleans, though, is largely an exception among American St. Joseph celebrations. A few factors likely conspired to keep St. Joseph at arm’s length from the American mainstream. First, there was a language barrier, as the saint was venerated primarily by non-English speaking immigrants. In addition to Italians, immigrants from Poland, Spain, and Malta also celebrated St. Joseph’s Day with vegetarian feasts and altars covered with seasonal foodstuffs.

St. Joseph also suffered a bit of an identity crisis in the mid-20th century, when the church gave the carpenter who helped the hungry additional responsibilities. In 1955 Pope Pius XII instituted the Feast of St. Joseph the Worker. Pius’ intention was to offer Catholics a feast to celebrate the workers’ rights and organized labor that was an alternative to communist May Day celebrations.

Initially, this new feast was warmly received, especially in the industrial Midwest, where descendants in of Italian and Polish immigrants enjoyed both a devotion to St. Joseph and strong ties to organized labor. Ultimately, though, this new devotion came a bit too late to meet the needs of many of the faithful. By the 1950s a deep suspicion of possible communism in the labor movement and increased automation in industrial work weakened organized labor and frayed American Catholics’ support for it.

In the United States, St. Joseph will probably never be as popular as St. Patrick. On the food front alone, though, the former ought to give the latter a run for his money. Fava bean stew might not be for everyone, but the corned beef and cabbage Americans associate with St. Patrick’s Day isn’t even a traditional Irish dish. Meat of any kind was often too expensive for most peasants in Ireland, making abundant supply of preserved meat available in America paradoxically cheap and luxurious. Food fights aside, American celebrations of both saints have offered solace to those far from home and hope for those making a new home here.