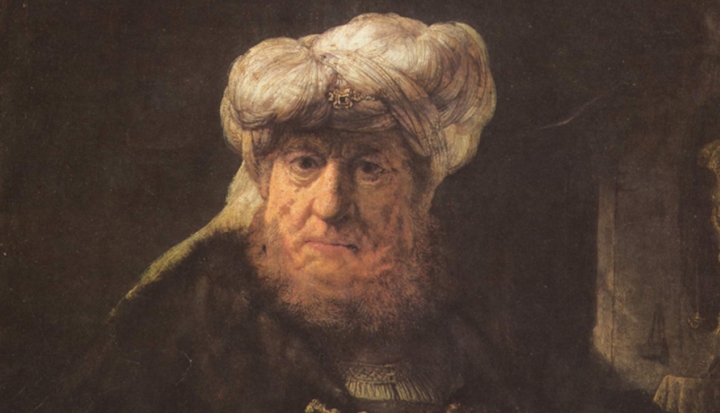 It’s the throwaway lines that capture us, the longer we hang around biblical territory. This is because our liturgy is based on a lectionary cycle that loops every three years. We grow accustomed to hearing some stories regularly, annually, or even more often if we attend daily Mass. Familiarity, in many cases, courts boredom. Yes, we know: Adam and Eve really blew it. Moses gets his tablets on Sinai. Check. Mary delivers the right answer to the angel Gabriel, thanks be to God. Peter needs to put a rein on his impulses; we get that. And even Jesus rarely surprises. We hardly hear what he says or marvel at what he does, because to us it seems he says and does the same things all the time.

Isaiah’s vision of the heavenly throne turns up only once in three years, as it does this month. This vision inaugurates his vocation as a prophet, a career that lasts at least 40 years. It’s a big deal to be able to see from here to heaven as clearly as Isaiah does, and we might spare an instant to be impressed. But then we move on. Because we already know that Isaiah is the most celebrated prophet in the Hebrew Bible, he’s going to predict somebody who sounds an awful lot like Jesus, and so on. Cue the wonder.

So let’s consider a story the lectionary doesn’t tell, just to shake things up. As Isaiah begins to recount his signature vision, he mentions that he receives it the same year as the death of King Uzziah. We, of course, know nothing of this king, so the information falls away. But we can bet Isaiah’s original audience would savor the significance of this detail.

To be sure, it’s a curious thing for Isaiah to say. King Uzziah’s father and grandfather were both murdered, but Uzziah himself ruled for a highly unusual 52 years. So why does Isaiah choose to reference a freshly dead king instead of the living one who took his place? If you refer to 2008, for example, would you be more likely to jog your listener’s memory with “the year George W. Bush’s presidency ended” or “the year Obama was elected”? Isaiah chooses to focus on an ending rather than a beginning. This makes sense if a reign meets a startling conclusion. We remember 1963 first as the year Kennedy was shot and only secondarily as the year Johnson took over. We recall 1974 as the year Nixon resigned his office and only belatedly as the year that Ford took charge.

Since Isaiah says no more about Uzziah, we’re obliged to move on to the books of Kings and Chronicles. These two sources offer parallel coverage of the same period of Israel’s history, though they often have intriguingly different spins on what happened way back when. In general, Chronicles tends to be a little dishier. In fact, the Greek title of these books—Douay Bible readers will recall—was 1 and 2 Paralipomenon, which means “omitted or passed over details.” If you want to know what the books of Samuel and Kings don’t tell you about Israel’s leaders, Chronicles is your watercooler.

How different are the accounts about Uzziah between these two sources? Start with his name. In 2 Kings 15 he’s known as Azariah—which must have led to confusion, since a high priest of that name served in the Temple at the same time. Uzziah was likely a regal name, which helpfully keeps the actors straight. After the murder of his father, Azariah/Uzziah is acclaimed king by “all the people of Judah” when he’s only 16. A tough gig for a teenager, considering the assassination of the previous two rulers.

A spare seven verses are allotted to the story of the new king’s incredibly long reign in 2 Kings—which in itself should make us wonder what’s not being said. We’re told Azariah/Uzziah is basically a good king. But he’s faulted for what he didn’t do; that is, he didn’t clear out the remnants of idol worship that had plagued Judah for generations. Azariah/Uzziah neither participates in these cults nor does he eliminate them. For this lack of leadership, “the Lord afflicted the king” big-time. Poor Azariah/Uzziah spends the rest of his life as a leper, living “in a house apart.” His son Jotham governs the palace and is the effective king after that.

That’s a rather dramatic turn of events, wouldn’t you say, deserving of a little more than the allotted three paragraphs? Second Chronicles offers a whole chapter to Uzziah’s story using his regal name. This narrator confirms the basic facts from 2 Kings—then adds that Uzziah was a God-fearing king “as long as Zechariah lived.” The Bible contains a lot of Zechariahs, including prophets and priests. This one wasn’t any of those and may have been a mentoring uncle to the young king. All we know for sure is that Uzziah went off the rails after he lost Zechariah’s moderating influence.

While he was in his good-king phase, Uzziah did a great deal that is noteworthy—and none of which 2 Kings bothers to mention. He fought Philistines and conquered cities. He rebuilt an important port and increased trade around the Mediterranean. “He was a lover of the soil” and a friend to farmers, ranchers, and vinedressers. He fortified Jerusalem, installed catapults on its new towers, and had a standing army that staggers the imagination. His fame spread all the way to Egypt. In his half-century reign, Uzziah was really something. For a while.

Unfortunately, he also knew it. Why don’t arrogant folks sense when they’re crossing the bright red line into ego blindness? It’s not enough that Uzziah is a powerful ruler; he decides he’ll be his own priest as well. He strides into the temple to burn incense, which is not in his job description as the chief priest and 80 other priests trailing suspiciously behind him know very well. As a group they confront their king for this outrage as he dangles the censor in his hands. Here Uzziah makes his last, fateful mistake. He gets angry with the priests, and he comes down at once with a bad case of leprosy.

Expelled from the temple and the palace, Uzziah spends the rest of his sorry days apart from his subjects and his glorious legacy. We can imagine him writing his memoirs, trying to make sense of his senseless self-sabotage, as leaders often do. While 2 Kings records Uzziah’s death and burial in the City of David with the other kings, 2 Chronicles describes his burial “in the field adjoining the royal cemetery.” Uzziah’s bones remain quarantined for 700 years. According to a stone tablet found in 1931, his bone box was then reinterred in the cemetery with a cautionary note: “Not to be opened.”

As biblical scholar Samuel Green observes: “That lonely grave . . . would eloquently testify to coming generations that all earthly monarchy must bow before the inviolable order of the divine will.” Even the greatest among us must take a knee and bow before a higher power. Uzziah’s isolation from his nation was practical for reasons pertaining to contagion of more than one kind. While leprosy may be dangerous with personal contact, the spiritual contagion of a proud ruler can infect an entire society. This is why Isaiah receives his great calling and commission after the passing of Uzziah—and not a moment sooner.