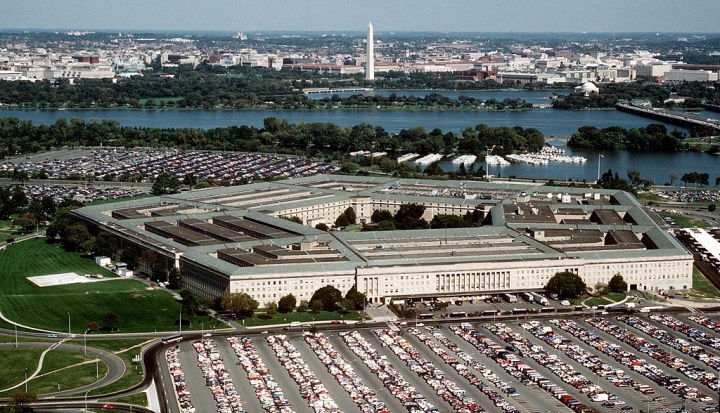 Slush funds, waste, billions in spending unaccounted for. It sounds like a giant corporate scandal brewing, the kind that ends with executives in jail and bankruptcy declarations. Indeed, if the offenses were conducted by a U.S. corporation, no one would be surprised by a federal investigation.

For the first time in its history, the Pentagon was professionally audited last year. While the disastrous results shocked no one—so cooked were the Pentagon’s books that 1,200 accountants essentially gave up—they remain disheartening.

“We failed the audit, but we never expected to pass it,” Deputy Secretary of Defense Patrick Shanahan told reporters. “It was an audit on a $2.7 trillion dollar organization, so the fact that we did the audit is substantial.” That’s a lot of back-patting for a procedure that should be standard op.

At the end of the Cold War, for a brief shining moment, public discussion focused on the so-called peace dividend, the billions Americans presumed could be redirected to human capital and U.S. infrastructure as the Soviet Union disintegrated before us. That dividend, sadly, was never paid out as new enemies were found or made themselves known, and defense lobbyists and Pentagon generals continued to demand ever greater outlays of the national wealth.

Rep. Alexandria Ocasio-Cortez (D-N.Y.), in a tweet last December, seized on a figure bandied about by reporters investigating out-of-control defense spending, complaining that “$21 TRILLION of Pentagon financial transactions ‘could not be traced, documented, or explained.’ ”

“That means 66 percent of Medicare for All,” at a price tag of about $3.2 trillion a year, she told her followers, “could have been funded already by the Pentagon.”

Her math was a bit off; the $21 trillion figure actually reflected untracked dollars flowing in and out of the Pentagon between 1998 and 2015, meaning the same dollar could be counted multiple times. But what Ocasio-Cortez did not get wrong was the tradeoffs inherent in the nation’s preferential option for defense spending.

As President Dwight Eisenhower pointed out in 1953, “Every gun that is made, every warship launched, every rocket fired signifies . . . a theft from those who hunger and are not fed, those who are cold and are not clothed. This world in arms is not spending money alone. It is spending the sweat of its laborers, the genius of its scientists, the hopes of its children.”

Ocasio-Cortez, just like Ike, understands how much average Americans sacrifice—affordable health care for all, safe water for Flint, Michigan, and pre-K for every U.S. child among them—to allow the United States to swagger across the world stage. U.S. Catholic bishops also share that concern. In the 2018 edition of their persistent criticism of defense overspending, the bishops reminded Congress that “budget decisions ought to be guided by moral criteria that safeguard human life and dignity.”

In economic terms there are profound opportunity costs associated with the nation’s internalized inattention to defense spending. We are robbing ourselves and our children.

The church’s moral qualms over war-making and weapons manufacture are well known, but in his discussion of the morality of war, Pope Francis frequently addresses these opportunity costs as scandalous in a world where extreme want remains an everyday reality for billions of people.

The pope is correct; we have to make a better account of ourselves.­