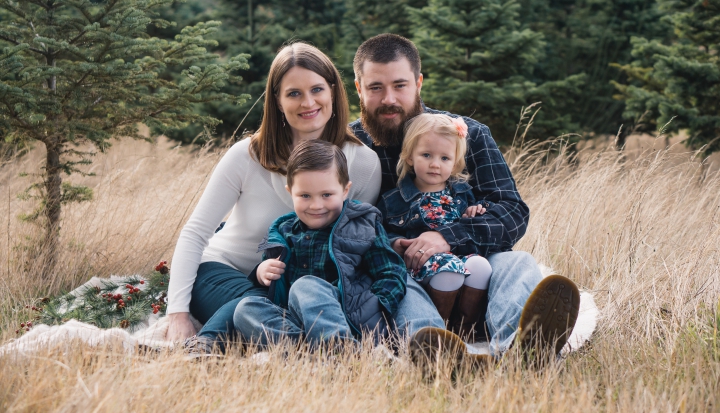 No one wants to admit to having mice, because they think it reflects badly on their housekeeping skills. As if the mice are outside saying, “Hey, did you see that? They dropped a crumb on their kitchen floor. Let’s get in there!”

When you actually start talking about mice, however, you find that everyone has had mice. Mice in pairs. Mice who show up in the parakeet’s cage one night (a birdcage being a spectacular all-you-can-eat buffet for mice). Mice who die in the oven, hence that very bad smell the day you were having 20 people over for a wedding shower (which really happened to a friend of mine). Everyone has mice.

In the same way we hold onto an ideal of the Perfect Family. The family photos we post online or send out or receive as Christmas cards each year do not show families fighting about going to church or about money or about curfews. They don’t show debt, infidelity, divorce, unwed pregnancy, people who have left their faith behind, people who are addicted to alcohol or who are in trouble with the law, kids on academic probation, kids with behavior problems. Yet these are the situations of real family life.

Sometimes as a church we hold up the ideal of the perfect family to supposedly inspire all of us imperfect families. I suspect, however, that this inspires few of us. (An old joke tells of a pastor preaching on the virtues of the Holy Family to a church full of families with six or eight kids, back when Catholics routinely had families of that size. After Mass one mother of nine walked up to the priest, fit to be tied. “Hmph!” she sniffed. “Them with their one!”)

But listen: God never really gives us an ideal picture of the family in scripture. They are all broken. So says Reggie Joiner, head of a nonprofit that helps churches reach families and young people.

Remember that scripture teems with imperfect families. Cain kills Abel. David lusts after Bathsheba and arranges her husband’s death, then marries her. Joseph’s brothers sell him into slavery. Consider even the Holy Family: Joseph contemplates divorcing Mary when he learns she is pregnant. Jesus, age 12, runs off on his parents and is unrepentant when located. When crowds began trailing the adult Jesus begging for healing, his family members “went out to restrain him, for people were saying, ‘He has gone out of his mind’” (Mark 3:21).

Holding up the notion of an ideal family tends to disillusion us, says Joiner. Instead, he says, let’s invite imperfect families into the “bigger story,” the “story of restoration and redemption that god is telling through their particular family.”

A young girl is pretty much abandoned by her addict mother. Her newly married uncle and his wife give her a home, love her, make sure she gets to school every day. Today she’s getting good grades in college.

A dad admits that he is an alcoholic. He goes to AA and begins to recover. His wife and kids get help for themselves, and today they are finding their way toward a better family life together.

A teenage girl who gets pregnant knows that she can go to her parents for help instead of getting an abortion. A couple deep in debt cut up their credit cards. A kid who seemed to be a total goof-off finally shows signs of growing up.

The families in the Bible, with all their faults, were crucial in the big story of God’s love for the world. This story continues today in your family and mine, warts and all.

This essay was originally published in the January 2010 issue of At Home with our Faith.