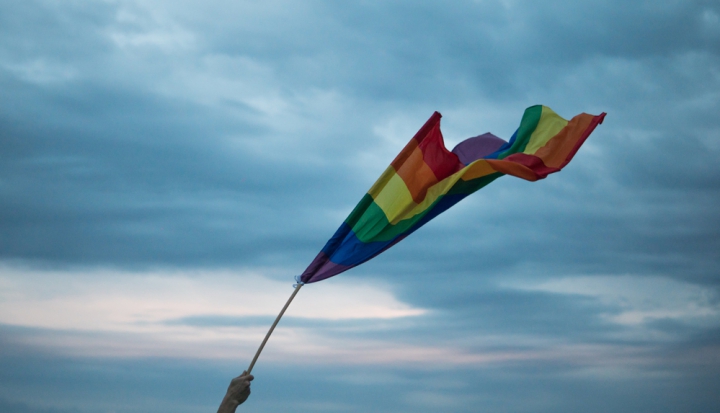 1969: Dignity, the first group for gay and lesbian Catholics, is founded. The Stonewall Riots, considered the beginning of the gay rights movement, follow a police raid on a gay bar in Greenwich Village.

1973: The American Psychiatric Association votes to remove homosexuality from the Diagnostic and Statistical Manual.

1974: The National Federation of Priests Councils and the National Coalition of American Nuns adopts a platform supporting the “civil rights of homosexual persons.”

1975: The Vatican issues a declaration on sexual ethics: “Homosexual acts are intrinsically disordered and can in no case be approved of.”

1975: Dignity meets with the Liaison Committee of the National Conference of Bishops.

1976: Jesuit Father John McNeill publishes The Church and the Homosexual, the first full-length theological challenge to the magisterial prohibition of same-sex activity.  He receives the imprimi potest, (it can be printed) from the Jesuit superiors.

1976: The U.S. Catholic Conference hosts a conference on social justice.  Five of its final recommendations promote pastoral care for gay and lesbian people and oppose discrimination against them.  The American bishops’ To Live in Christ Jesus states gays “should have an active role in the Christian community.” The Diocese of Richmond, Va., establishes the first diocesan ministry to gay and lesbian Catholics.

1977: Save Our Children, a conservative anti-gay rights group, leads the effort to repeal a gay rights measure in Dade County, Florida, with the assistance of the Miami archbishop. The repeal succeeds with 70 percent of the vote.

1978: The Congregation for the Doctrine of the Faith under Cardinal Ratzinger orders Father McNeill to silence in the public media.

1979: The Diocese of Trenton, N.J., appoints a liaison for sexual minorities.

1980: The Association of Priests in the Archdiocese of Chicago honors Dignity/Chicago as the organization of the year.

1981: The Centers for Disease Control (CDC) first reports a cluster of diseases in five gay men in Los Angeles.

1981: New Ways Ministry holds its first national symposium on homosexuality and the Catholic Church. Archbishop James Hickey of Washington, D.C., writes Catholic bishops and communities, asking them not to support the event, but more than fifty Catholic groups endorse the program.

1982: The CDC now classifies the disease as AIDS.

1984: The Vatican informs Sister Jeannine Gramick and Father Bob Nugent that they must disassociate themselves from New Ways Ministry.

1984: Ann Landers urges closeted gay men to contact DignityUSA, where they’ll “meet compassionate and understanding people there who will calm your fears and help you find a comfortable niche in society.”

1986: The Vatican Congregation for the Doctrine of the Faith issues “A Letter to the Bishops of the Catholic Church on the Pastoral Care of Homosexual Persons,” which stated that “although the particular inclination of the homosexual person is not a sin, it is a more or less strong tendency ordered toward an intrinsic moral evil; and thus the inclination itself must be seen as an objective disorder.” It further directed that organizations that did not conform to this teaching should not receive Catholic sponsorship.

1986: Georgetown professor Father Charles Curran is silenced on issues of sexuality. Jesuit Father John McNeill issues a press release saying he cannot in conscience obey an order to give up ministry to gay people or be dismissed from the Society of Jesus.

1987: Father McNeill is dismissed from the Society of Jesus.

1987: Bishops ban a number of DignityUSA chapters from meeting on Church property.

1988: The Archdiocese of Seattle establishes a gay/lesbian ministry.

1990: The U.S. Catholic Conference releases Human Sexuality: A Catholic Perspective for Education and Lifelong Learning, which includes a section on homosexuality.

1990: The Diocese of Oakland, Ca., establishes an outreach to gay and lesbian communities and their families, joining ministries in Trenton, NJ; St. Augustine, Fla.; Los Angeles; and Seattle.

1992: The National Conference of Catholic Bishops sends U.S. bishops a Vatican document, “Some Considerations Concerning the Catholic Response to Legislative Proposals on the Non-Discrimination of Homosexual Persons.” The Congregation for the Doctrine of the Faith has reservations regarding civil rights for gay and lesbian people in some instances, including adoption, teaching, and the military.

1992: A Gallup survey for DignityUSA shows that 78 percent of Catholics are in favor of gay/lesbian civil rights, and 46 percent agree that “sexual relations between gay or lesbian persons in a committed relationship could be morally acceptable.”

1997: The U.S. bishops release Always Our Children: A Pastoral Message to the Parents of Homosexual Children. The Vatican requests and receives modifications to make clear the church’s teaching that the homosexual orientation is an “objective disorder.”

1998: President Bill Clinton signs the Defense of Marriage Act, which forbids the federal government from recognizing the marriage of two members of the same sex.

1998: The ex-gay movement, supported by conservative organizations like Focus on the Family, gains traction, suggesting that gays and lesbians can be cured gains prominence with a number of advertisements.

1999: California adopts a domestic partnership ordinance granting hospital visitation rights. In Vermont, three same-sex couples sue the state for denying them the right to marry. The court upholds their case.

1999: The Congregation for the Doctrine of the Faith issues a notification stating that the founders of New Ways Ministry, School Sister of Notre Dame Jeannine Gramick and Salvatorian Father Robert Nugent, “are permanently prohibited from any pastoral work involving homosexual persons.”

2000: At Lent, Cardinal Roger Mahony issues an apology to those that he or the Roman Catholic Church may have offended, including: “I ask pardon of our Catholic homosexual and lesbian members when the church has appeared to be non-supportive of their struggles or of falling into homophobia.”

2001: The Diocese of Cleveland institutes a gay and lesbian family ministry, joining the Archdiocese of Cincinnati and the dioceses of Orlando, Fla.; Charlotte, N.C.; and Rochester, N.Y.

2001: Franciscan Father Mychal Judge, a longtime Dignity member, is the first victim of the 9/11 terrorist attack.

2003: The Vatican issues Considerations Regarding Proposals to Give Legal Recognition to Unions Between Homosexual Persons, opposing efforts to create civil legal relationships for same-sex couples.

2003: Vatican issues “Considerations Regarding Proposals to Give Legal Recognition to Unions Between Homosexual Persons.”

2005: (November 4) Pope Benedict issues “Instruction Concerning the Criteria for the Discernment of Vocations with regard to Persons with Homosexual Tendencies in view of their Admission to the Seminary and to Holy Orders.” He wrote: “the Church, while profoundly respecting the persons in question, cannot admit to the seminary or to holy orders those who practice homosexuality, present deep-seated homosexual tendencies or support the so-called “gay culture.”

2008: Connecticut and California join Massachusetts as the second and third states to perform same-sex marriages. Californians vote in November to pass Proposition 8, an amendment to the state constitution limiting marriage to those between a man a woman. California recognizes same-sex marriages but no longer allows granting the licenses.

2009: The California Supreme Court upholds Proposition 8 with a 6–1 vote.

2010: U.S. district judge strikes down Proposition 8 as being in violation of the U.S. constitution’s 14th amendment.

2013: Pope Francis makes his “Who am I to judge?” comment, in reference to gay priests.

2015: In Obergefell vs. Hodges, the Supreme Court guarantees civil marriage rights for same-sex couples in the entire United States.

2015: Final documents for the Synod on the Family, despite reported diversity of opinion by the bishops, are released without significant changes to church language on interacting with LGBT members.

2016: Amoris laetitia, Pope Francis’ apostolic exhortation in response to the Synod on the Family is released. It acknowledges that “a variety of family situations can offer a certain stability” but reinforces that “de facto same-sex unions” cannot be equated with marriage.

2016: Shooting at Pulse, a gay nightclub in Orlando, Florida kills 49 people. The event served as inspiration for Jim Martin, S.J., to write Building a Bridge in part due to the language he heard from the church when responding to the event.

2016: Congregation for the Clergy restates guidelines on admitting gay priests, saying: “The Church, while profoundly respecting the persons in question, cannot admit to the seminary or to holy orders those who practice homosexuality, present deep-seated homosexual tendencies or support the so-called ‘gay culture’. Such persons, in fact, find themselves in a situation that gravely hinders them from relating correctly to men and women. One must in no way overlook the negative consequences that can derive from the ordination of persons with deep-seated homosexual tendencies.”

2017: The Supreme Court begins hearing arguments in a case where a Colorado baker refused to make a wedding cake for a same-sex couple.

This is a web-only sidebar that accompanies Pride and prejudice: The uneasy relationship between gay and lesbian Catholics and their church, which appeared in the March 2012 issue of U.S. Catholic (Vol. 77, No. 3, pages 12-17). It was updated in April 2018. 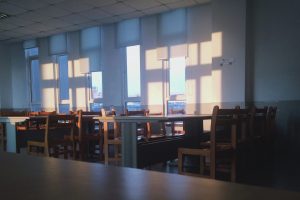