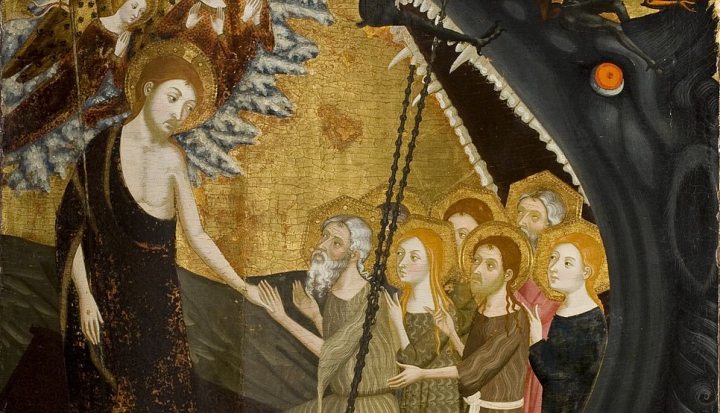 In the 1960s the Second Vatican Council proclaimed the central role of scripture in the life of the Roman Catholic Church and urged Catholics to become once more a people of the book. But as ordinary Catholics read the Bible more intensively, some were puzzled at the differences they found from Protestant and Jewish versions. Why do Catholic Bibles include texts such as Wisdom, Sirach, and the books of Maccabees, which other traditions treat as apocryphal? What kind of authority do they carry?

Historically, there are many reasons why different religious bodies defined their scriptures as they did, but Catholics should be very grateful to have the texts they do. Far from being marginal or apocryphal, texts like Wisdom and Maccabees are precious testimony to a revolutionary era in Jewish history—roughly, the three centuries or so before Jesus’ time, a period that shaped emerging Christianity.

When we read these often under-appreciated books today, we encounter ideas and beliefs that were quite startling at the time but that formed the outlook of Jesus’ first followers. These writings allow ordinary believers today an unparalleled glimpse into the thought world of the early Christian community. Moreover, these books demonstrate the continuity between the Jewish world and later Christian—and, specifically, Catholic—faith and practice, especially in changing attitudes toward the afterlife and of heaven, hell, and judgment.

Throughout the gospels Jesus often speaks of the future life, of the fates reserved for the virtuous and the wicked. Not every Jew at the time shared those views, and the influential faction of the Sadducees even denied the afterlife. Even so, the early Christians were firmly rooted in the Jewish beliefs of the time: Death was assuredly not the end.

But the more we investigate the Hebrew Bible, the more surprised we should be by this fact. Through most of the early history of the Hebrew people, the afterlife was anything but an obvious or accepted doctrine, and only in the three centuries or so before Jesus’ time did that situation change. Those centuries mark a tectonic shift in religious thought, and Jesus’ followers were at its heart. Both the books of Wisdom and Maccabees served as key manifestos for that revolution.

When Old Testament books and authors discuss the afterlife, the picture they present is anything but hopeful. Before the sixth century BCE individuals who died survived at best as shades who had little distinct identity. In the grim words of Psalm 115, “The dead do not praise the Lord, nor do any that go down into silence.”

The Bible refers often to Sheol, the place of the dead, but this miserable place was not reserved for notorious sinners or wrongdoers. Regardless of your goodness or piety, the ultimate fate of humanity was the grave with its maggots and worms. In the third century BCE the author of Ecclesiastes wrote that the same fate ultimately comes to righteous and evil alike. All go down to Sheol. “But whoever is joined with all the living has hope, for a living dog is better than a dead lion. The living know that they will die, but the dead know nothing; they have no more reward, and even the memory of them is lost” (Eccl: 9:4–5). Only the fact that the book was credited to King Solomon ensured that such a materialist manifesto remained within the biblical canon.

Later readers, Jewish and Christian, can point to some passages as indicating a belief in survival or resurrection, such as Ezekiel’s story of the valley of dry bones (37:1–14). Usually, though, such texts are visions of a collective future resurrection of the Hebrew people rather than of any given individual.

So what changed? Jewish beliefs were first transformed at the time of the Exile to Babylon in the sixth century BCE, and ideas of an afterlife become much more obvious in so-called post-Exilic works written after the 520s.

The main reason for change was the increasingly firm monotheism taught originally by the great prophets. They rejected any suggestion that the God of Israel had consorts or companions and scoffed at images of God sitting in a heavenly court with fellow deities and goddess wives. Nor was God the lord of the Hebrew nation alone while other divine figures ruled only their particular peoples. For prophets like Isaiah or Jeremiah God was absolutely and sternly alone, the one creator and Lord of the whole earth.

But that strict monotheism raised troubling questions, especially about the nature of good and evil. If God was alone and all-powerful, then his followers had to explain the existence of so much evil in the world. Why did so many evildoers end their days in comfort and security, while the righteous perished in gutters?

While believers used many strategies to address those questions, the idea of the afterlife helped enormously. If wrongdoers flourished today, they would get their comeuppance in another life when the virtuous and poor would receive their rewards. One great meditation on those issues of ultimate justice is the Book of Job, which was probably written in the fifth or fourth century BCE, and which includes a stunning suggestion of future resurrection.

Afterlife beliefs became much more popular and widespread from the third century BCE onward, when ideas of heaven, hell, and resurrection were freely discussed in highly influential writings that are not included in most canonical Bibles. The most important was the first Book of Enoch, which Jesus certainly knew and which early Christians regarded as inspired scripture.

The text as we have it combines several separate writings created at various points between about 250 and 100 BCE. Throughout Enoch we find stories of heavens and hells, each presided over by archangels and devils in a way that looks utterly familiar to modern readers but which was daring and innovative in its age. The book’s readers hoped for heaven and feared hell.

One critical event fanned the flames of otherworldly expectation, namely the great Maccabean revolt of the 160s BCE, when faithful Jews rose in armed rebellion against pagan Greek overlords. The ensuing wars were savage, and countless Jewish patriots were killed, often in circumstances of vicious torture and persecution.

Again the question arose: Did these individuals really have no hope of reward or vindication beyond the collective good of the Hebrew people? But of course they did, if you assumed an individual afterlife and a resurrection to judgment. Back in the fourth century a glorious afterlife was a distant aspiration; by the second the idea became an urgent necessity.

We see the shift in attitudes in the book called 2 Maccabees, which Catholics and Orthodox Christians accept as a fully canonical part of scripture, but which Protestants see as apocryphal. Probably written in the late second century BCE, the most astonishing thing about 2 Maccabees is that so little in it surprises us today. Throughout, we read stories that exactly fit our expectations of how God’s martyrs should behave.

When one resistance hero has his hands severed, he declares that he will receive them again after his death. His brother proclaims a similar faith and warns his persecutors that they, unlike he, will have no resurrection which they can look forward.

Nothing here differs from a thousand later accounts of martyrs and confessors, Jewish or Christian, but this is the first time that such themes have appeared in the biblical tradition. The book’s language of a “resurrection to life” sounds very close to later Christian usage.

Writers of the post-Maccabean era explored the possible implications of that core idea of survival after death, and some of the beliefs they report sound as if they belong to a much later era, to the point of prefiguring a Christian thought-world. After the great nationalist hero Judah the Maccabee secured victory, 2 Maccabees reports how he collects money to be sent to the Temple for a sin-offering for those who had fallen in heroic battle.

The author holds out this deed as an example for others to follow: “For if he were not expecting that those who had fallen would rise again, it would have been superfluous and foolish to pray for the dead. . . . Therefore he made atonement for the dead, so that they might be delivered from their sin” (2 Macc. 12:44–45). The doctrines expressed here sound oddly akin to ideas of later Catholic Christianity, including the communion of saints and the practice of prayer for the dead.

For most Jews the afterlife became a natural expectation. That change is obvious in the Book of Wisdom that Christians find in their own Bibles, and which dates to the first century BCE. Wisdom offers a telling parody of the Ecclesiastes text quoted above—ironically, because like Ecclesiastes this text too is credited to King Solomon. As the author of Wisdom asks, so you believe that we are shadows that just fade away, and nobody returns after death? So what is to prevent you from committing every form of sin and exploitation? In reality, says Wisdom,

The souls of the righteous are in the hand of God,
and no torment will ever touch them.
In the eyes of the foolish they seemed to have died,
and their departure was thought to be affliction disaster,

and their going from us to be their destruction;
but they are at peace. . . .
Having been disciplined a little, they will receive great good,
because God tested them and found them worthy of himself;
like gold in the furnace he tried them,
and like a sacrificial burnt offering he accepted them. (3:1–6)

Not surprisingly, this is a popular text at modern Christian funerals, where these comforting words seem familiar and appropriate. But how radical were these ideas compared to what had gone before in the Hebrew tradition! So beautifully did Wisdom expound later Christian ideas that some early churches wanted to include it in the New Testament, rather than the Old.

In the century or so before Jesus was born the afterlife theme was freely discussed in many once-beloved texts and tracts, and Jesus and his first followers certainly knew most of them. (They were not included in any later Bibles.)

No one source or writing carried those doctrines of the afterlife into the apostolic world. Rather, the ideas had become standard in the Jewish world in the previous few generations, and they became the familiar subject matter of many writings. What impresses us today is how firmly the early church was building on those Jewish precedents, including some ideas that we might have thought much later. Nothing better illustrates the thoroughly Jewish setting from which Jesus and his first followers emerged.

There are many reasons to read and reread books like Wisdom and 2 Maccabees. You can read them as historic documents, or they can serve as mighty defenses against those who believe that Catholic doctrines such as prayer for the dead are unscriptural. Above all. they are magnificent statements of core Christian doctrines and wonderful expositions of that faith.

Philip Jenkins is Distinguished Professor of History at Baylor and serves as co-director for the Program on Historical Studies of Religion in the Institute for Studies of Religion. He is the author of Crucible of Faith: The Ancient Revolution That Made Our Modern Religious World (Basic Books, 2017).