One night during graduate school, some classmates and I went out to a local brewery to celebrate the end of the semester. We each enjoyed one, maybe two, craft beers over the course of the evening while discussing Pope Francis’ latest interview and debating how much incense is too much incense in a liturgy. (Theologians have a particular kind of fun!)

On the way to the car, we passed the town dive bar and saw three men stumbled out, reeking of cheap beer and vomit and slurring curses that would make the nuns across the street blush. One ran into the middle of the road, narrowly avoiding getting hit by a minivan. Another slumped against the side of the building. The third stared blankly at us walking by.

All of us, unfortunately, could see the answer.

The first three articles in this series explored more light-hearted connections between beer and faith. Which saints and scripture writers had beer on the brain? What makes pubs good places to build Christian community? And do some monks really brew beer for a living?! This final article considers the serious effects alcohol can have on individuals and communities by exploring the practices of moderation and sobriety.

How we drink matters.

There are plenty of scripture stories about people drinking alcohol. In the book of Ecclesiastes, Solomon exhorts the people in the face of death, “Go, eat your bread with enjoyment, and drink your wine with a merry heart; for God has long ago approved what you do” (9:7). Jesus treated the wedding guests to the holiest of alcoholic drinks when he turned six stone jars of water into wine in Cana (John 2:1–12). Scripture tells stories of people drinking during rituals or occasions of celebration.

But the Bible also offers a clear message: drink responsibly. The prophet Isaiah warns of drinking too much and getting “chased” by strong drink (5:11–13). Drunkenness is often clumped with other “desires of the flesh” that are to be avoided because such desires can oppose the Spirit. In his letter to the Galatians, Paul warns that people who engage in desires of the flesh, including “envy, drunkenness and carousing . . . will not inherit the kingdom of God” (5:21).

How, then, might people refrain from drunkenness and instead practice healthier, more dignified drinking? Let’s consider a theology of moderation, which I like to think of as a Christian spin on the tagline “drink responsibly.” The word moderation comes from the Latin word meaning “to control.” Someone who practices moderation avoids extremes and instead works from a stable center.

St. Benedict names moderation as an important spiritual practice. The monks I work with at Saint John’s understand moderation as “being content with living simply and finding balance in work, prayer and leisure.” This framework can help us think about how to practice moderation when it comes to alcohol.

Drinking in moderation can help people live more simply and avoid the hefty monetary costs of alcohol. An average glass of beer ranges anywhere from $4–$8 at a bar. Cocktails often cost even more. A Beer Institute study reports the beer industry contributed more than $250 billion to the U.S. economy in one year alone. Think of the money that could be saved by cutting down on drink orders.

I could practice moderation by naming a two drink limit ahead of time and not indulging in excess. Then I could take things a step further and donate the money I would have spent on the third and fourth drinks to a charity in need. Even small efforts to live more simply can move us closer to solidarity with people who do not have the resources for extensive nights out—or who choose not to drink much for health or other reasons. For many, moderation is not a choice.

Practicing moderation can also help us strike a healthy balance between the things we value in life. For instance, Benedictine monks and sisters strive to live out ora et labora, or the cycle of prayer and work, in their daily lives. Too much time spent in the office or not enough time in the choir stalls throws the rhythm out of whack. Similarly, I see many busy adults in my parish who work hard to balance the demands of their career, family life, and community engagement while maintaining some social life.

Those wanting to reflect on their practice of moderation may ask: How does drinking fit into my balance, if at all? Does drinking mostly happen in social settings or alone? When do I drink? How often? Why? Each person balances their life differently, and that balance surely fluctuates at different times. The practice of mercy pairs well with moderation! When it comes to drinking, balancing alcohol in moderation is the key for many—but not all.

For people who find themselves addicted to alcohol, there is no middle ground of moderation. Sobriety is the healthiest practice. Recently I had the privilege of talking with a woman who has been sober for 45 years. She described how alcohol became like an idol to her as a young adult. Getting drunk every night was her means of escape.

“For me at that point, moderation was not in the cards. I was so reliant on the effects of alcohol that there was no way I could use it responsibly,” she said.

She joined Alcoholics Anonymous in 1972, and found a community of support and trust. While AA is not officially sponsored by the church, many AA meetings take place in church buildings. The main movement of the group is to accompany one another in the practice of sobriety.

For some people, a healthy drinking habit means not drinking at all. Others can drink in moderation. Reflecting on larger questions of how we drink and the role alcohol plays in our lives can help heed the Christian call to keep God always at the center. For it is God alone who ultimately makes our “cups overflow” (Psalm 23:5) and “fills us completely with joy” (Romans 15:13).

This is the fourth essay in a series on faith and beer by Jessie Bazan. The first is a Catholic history of beer, the second is on beer and community, and the third is a profile of the brewery at Spencer Abbey, run by Trappist monks. 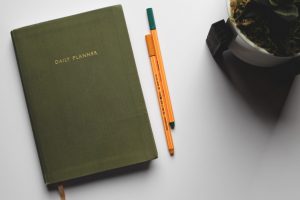 Why monastic rules appeal in the midst of chaos 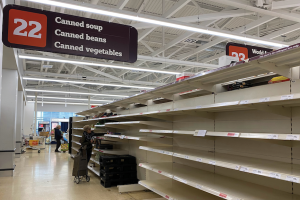 To make sense of the new normal, look to the Christian ethical tradition