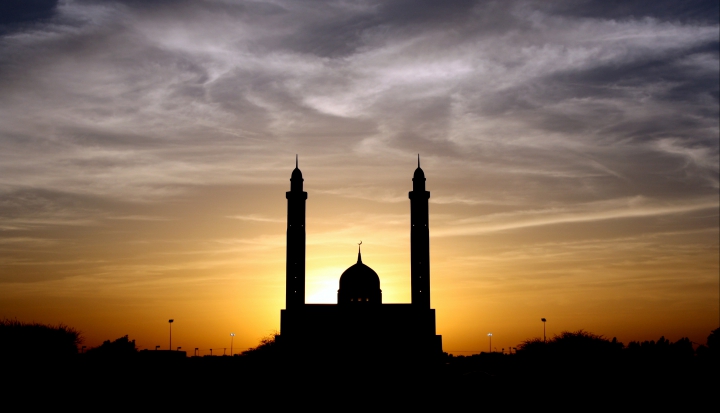 In May 2017 a man on a Portland train harassed and yelled anti-Muslim slurs at two young women, one of whom was wearing a hijab. As the incident escalated, the man stabbed and killed two other passengers on the train who’d stepped in to protect the women.

In June 2017 in Sacramento someone used handcuffs to attatch a burned Quran filled with bacon to the fence outside one of the largest mosques in the city.

Unfortunately, these are not isolated incidents. The Council on American-Islamic Relations reported in July 2017 that the number of anti-Muslim hate crimes in the United States rose 91 percent in the first half of 2017 compared with the same period in 2016. These incidents reflect a larger issue: the rise of Islamophobia.

Islamophobia is a tragic reality of our age, is well documented, and is not merely the hateful and isolated acts of individuals. Nathan Lean writes in The Islamophobia Industry: How the Right Manufactures Fear of Muslims (Pluto Press) that Islamophobia is well funded and well organized.

Likewise, the film industry perpetuates it through the consistent portrayal of Arabs and Muslims as violent and uncivilized. Jack Shaheen details this pervasive cultural phenomenon in his book, Reel Bad Arabs: How Hollywood Vilifies a People (Olive Branch Press), and even comedian Aziz Ansari in a Saturday Night Live monologue referenced Hollywood’s habit of portraying Muslim characters praying to the soundtrack of “scary” music. Sadly, such views are even perpetuated by Catholic media.

Catholics should be concerned about any form of prejudice and discrimination against any people. Islamophobia, like other forms of bigotry, is not simply a matter of hate speech. Islamophobia breeds hatred and violence against Muslims and their place of worship. Catholics should reject Islamophobia along with other phobias and “isms” of our day, including racism, sexism, ageism, anti-Semitism, xenophobia (prejudice against foreigners), and homophobia.

Like other forms of prejudice and discrimination, Islamophobia violates a foundational principle of Catholic theology and anthropology: Humanity is created in the image and likeness of God (Gen. 1:27). In the Genesis creation stories, there are no qualifications based on race, ethnicity, country of origin, gender, belief or non-belief; all people bear the inherent dignity given to them by their Creator.

Individuals may squander their God-given dignity through sin, but no one has the right to deprive another of that dignity. Echoing the Hebrew scriptures, the Gospel of John reminds us that all things and all people came to be through God’s Word, “and without him not one thing came into being. What has come into being in him was life, and this life was the light of all people” (John 1:3–4).

Islamophobia exaggerates the “otherness” of Muslims and insists (incorrectly) that they are different from Christians, do not share the same values, and are more violent. Yet since the Second Vatican Council the church has sought to emphasize an essential bond of faith with Muslims despite theological differences. Nostra Aetate (Declaration on the Relation of the Church to Non-Christian Religions), promulgated in 1965 by Pope Paul VI, states:

The Church regards with esteem also the Muslims. They adore the one God, living and subsisting in Himself; merciful and all-powerful, the Creator of heaven and earth, who has spoken to humanity; they take pains to submit wholeheartedly to even His inscrutable decrees, just as Abraham, with whom the faith of Islam takes pleasure in linking itself, submitted to God.

The document says the church esteems Muslims. In other words, the church honors, respects, and admires them as those who worship the God of Abraham—as do we.

For the first time the church officially recognized the essential bond it shares with Muslims as well as Jews in the faith of Abraham. It also notes that although Muslims do not regard Jesus as God incarnate, they nevertheless revere him as a prophet and show particular reverence for the Virgin Mary. The Quran not only contains verses that speak of Mary’s birth and dedication to the temple in Jerusalem but contains two annunciation accounts, in which the angels announce to Mary “good news of a Word” from God whose name will be Christ Jesus (Quran 3:45), “the gift of a pure son (19:19).”

The council also emphasized the moral values shared by Catholics and Muslims and the common observances of prayer, almsgiving, and fasting. Quite clearly, generalized prejudice against Muslims based on their religious identity is inconsistent with church teachings. To tolerate or perpetuate negative views of Muslims in general is to deny the genuine heartfelt faith of our Muslim sisters and brothers with whom we share much.

Pope Francis has repeatedly made references to Nostra Aetate to counter the Islamophobia that many Catholics worldwide imbibe from divisive political and religious rhetoric. In November 2013 Pope Francis issued Evangelii Gaudium (The Joy of the Gospel), an apostolic exhortation on the proclamation of the gospel in today’s world.

Pope Francis writes with admiration about the beliefs and practices of Muslims “both young and old, men and women, (who) make time for daily prayer and faithfully take part in religious services.” Highlighting common values, he observes that they “also acknowledge the need to respond to God with an ethical commitment and with mercy towards those most in need.” Poignantly, he cautions the Catholic faithful against Islamophobia: “Faced with disconcerting episodes of violent fundamentalism, our respect for true followers of Islam should lead us to avoid hateful generalizations, for authentic Islam and the proper reading of the Quran are opposed to every form of violence.”

In his choice of his papal name, Francis, the pope quite deliberately evoked the life of St. Francis of Assisi, who the pope notes “is a man of peace.” Pope Francis undoubtedly is referring to the example set by St. Francis in 1219. During the Fifth Crusade, which was being fought near Damietta, Egypt, St. Francis crossed enemy lines and was brought before Sultan al-Malik al-Kamil. Instead of denigrating the prophet Muhammad and the Islamic faith, as was common practice for Christian missionaries, Francis acted with respect and humility toward the sultan.

While those who espouse Islamophobic views claim an inevitable “clash of civilizations” between Muslims and Christians, scholars tell a different story. Many have demonstrated that neither Western civilization nor the Islamic world would be what they are today without the other. For centuries the interchanges and exchanges between the East and West resulted in creativity and ingenuity from which both Muslims and Christians benefited. In addition, the contributions of the Islamic intellectual tradition with its achievements, inventions, and scholarship have shaped virtually every field of study in the arts and sciences.

Islamophobia regards all Muslims as foreigners who have no place in American society. In reality Muslims have been a part of American society for centuries. They were among the African slaves brought forcibly to the United States, and then among the many different immigrants who arrived in the late 19th and early 20th centuries seeking a better life, gainful employment, and freedom from injustice. Today Muslims, both native-born and naturalized, are part of the rich fabric of American society and are active contributors to every profession.

In the closing paragraphs of Nostra Aetate, the council expressed perhaps the most articulate response to anyone who would propagate hatred or discrimination in any form. Referencing 1 John 4:8, the document says:

We cannot truly call on God, the Father of all, if we refuse to treat in a brotherly way any man, created as he is in the image of God. Man’s relation to God the Father and his relation to men his brothers are so linked together that Scripture says: “He who does not love does not know God.”

Father Michael Calabria, O.F.M., is the director of the Center for Arab and Islamic Studies at St. Bonaventure University.