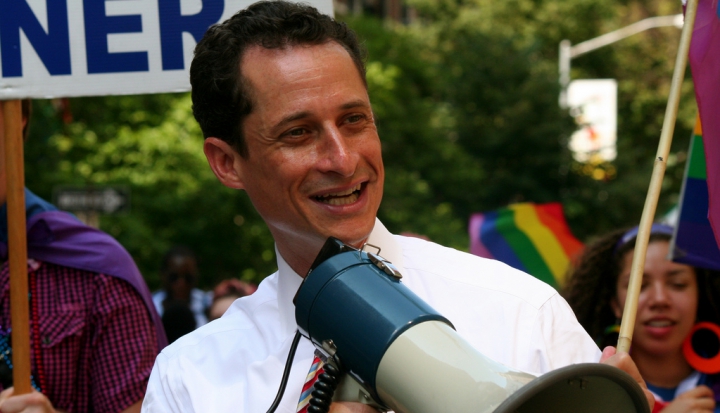 The tradition of fly-on-the-wall documentaries about American political campaigns is a long and mostly honorable one. It starts in 1960 with Primary, which took newly-invented portable equipment behind the scenes with John F. Kennedy and Hubert Humphrey as they fought for the Democratic presidential nomination. And it runs all the way through By the People: The Election of Barack Obama (2009) and Mitt (2014). In between came the greatest of them all, The War Room.

Directed by D. A. Pennebaker (who was a cameraman on Primary) and Chris Hegedus, the 1993 film followed the first Clinton campaign from the “bimbo eruptions” of New Hampshire to the three-way debates with George H. W. Bush and Texas businessman Ross Perot. Unlike other campaign docs, The War Room enjoyed a wide theatrical release and, in years to come, helped inspire Aaron Sorkin’s The West Wing and made a TV star out of baby-faced George Stephanopoulos.

Watching this year’s presidential campaign, we can only hope that there was a camera-toting fly somewhere on Bernie Sanders’ wall to capture the stunned jubilation that must have reigned as his campaign unexpectedly took flight—or better yet, on Hillary Clinton’s to capture the simultaneous panic. The Trump campaign, meanwhile, probably lacks the narrative cohesion to make a great documentary, but that’s OK because it was mostly a reality series about an apprentice politician that has already aired on all the TV news outlets.

But while we’re waiting for the chronicles of 2016, we have Weiner. Anyone who’s seen a late-night comedy show in the past five years knows about Anthony Weiner, the Democratic congressman from New York who resigned after being caught exchanging sexually inappropriate photos and messages online with women other than his wife.

The documentary—codirected by Weiner’s former staffer, Josh Kriegman, and his filmmaking partner, Elyse Steinberg—recaps that familiar territory very quickly with a montage of cable news footage and newspaper headlines. The movie really begins two years later when Weiner emerges from a disgraced exile to run for mayor of New York City at the urging, he says, of his wife—Hillary Clinton’s top aide Huma Abedin—who Weiner claims “wanted her life back.”

Drunk on hubris and self-delusion, Weiner undoubtedly saw this campaign documentary as a future capstone to his triumphant return. He could have imagined that the film’s release after a Weiner victory and in the midst of a presidential campaign in which his wife was a featured player would launch him onto the national stage as something other than a late-night punchline.

Weiner certainly knew what kind of gamble a behind-the-scenes documentary would involve. He even refers to the “fly-on-the-wall” tradition when, alone in a car with the candidate, the off-camera Kriegman asks a question. “I thought the fly wasn’t supposed to talk,” Weiner replies. And, for a while, the gamble seems to be paying off. Despite starting the race with high negatives, Weiner leads in early polls. The money rolls in. We see Abedin on the phone raising some of the funds from old Clinton contacts. The campaign staff is young, smart, and enthusiastic. The candidate’s aged mother is working the phones. Nobody sings “Happy days are here again,” but we’re definitely headed that way.

Then the inevitable happens. News of the candidate’s more recent online escapades emerges. New photos of his much-discussed organ appear, and a young woman from Indiana goes on The Howard Stern Show to say that, as recently as a month before his campaign announcement, Weiner had been calling her for phone sex several times a day.

In the weeks that follow, Weiner seems to be taking his cues from repeated viewings of The War Room. He continues to heedlessly recite his talking points about the economy and the plight of the middle class, when all the news media want to hear about is Sydney Leathers (the woman he’d been messaging). But it’s not working for him. His staff is demoralized. His campaign manager resigns. On camera, his wife tries to tell him that he’s kidding himself. Through it all, Weiner soldiers on, with some part of him still managing to believe that he can turn the tide through sheer force of will and personality. Of course, he can’t. He comes in dead last, with less than five percent of the vote.

In the end, the Anthony Weiner saga, as we see it in this film, forces us to ask some hard questions about the state of our politics. Ever since revelations of adultery ended Gary Hart’s 1988 presidential campaign, we’ve had a debate about how relevant personal indiscretions such as Weiner’s should be in our assessment of public leaders. After all, Franklin Roosevelt, John F. Kennedy, and Martin Luther King Jr. were all adulterers. Still, our intuition about human nature keeps suggesting that there is a connection between public and private character.

As we see briefly in the film, even before the scandal breaks, Weiner as a congressman was very much a creature of our over-mediated and exhibitionist age, tweeting with constituents (ultimately, his downfall), dragging C-SPAN-ready props to the House floor, and relishing his role in those pointless shouting matches on cable news. The fact that Weiner turned out to have neither boundaries nor impulse control—or respect for basic human dignity in his personal life—really shouldn’t have been a surprise. Those are the characteristics that often get rewarded in the political culture of 24-hour cable news and social media.

In Weiner, Donald Trump himself is heard briefly in a sound bite condemning the former congressman as “a pervert,” but when it comes to self-seeking, self-obsession, and self-delusion, the two men might have more in common than either would care to admit.

5 children’s Bibles that stand above the rest