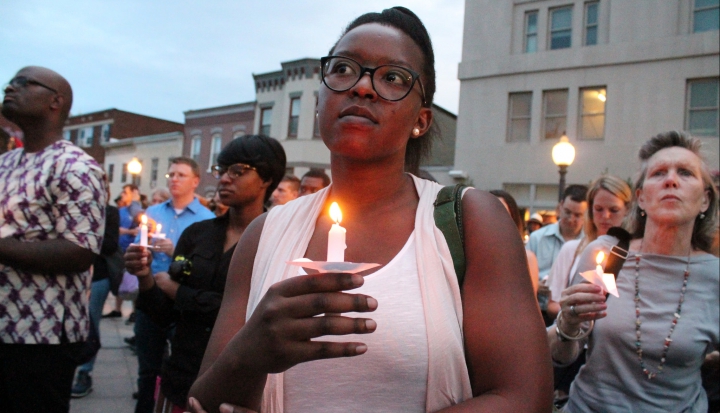 I spend much of my time speaking to different groups of people throughout the country. As a black Catholic theologian, one of less than a half dozen in this land, the message I present is always grounded in the experience of my own people, African Americans, for it is their context that I share and has shaped and molded me into the person I am today. Yet, it is also a context that needs to be and must be shared with people of all races and ethnicities because in many ways, the experience of African Americans in the United States has been one shared, willingly and unwillingly, with all Americans, regardless of race or ethnicity. African Americans have been an integral part of the fabric of American life since the country’s founding.

I find this understanding especially important to remember and express at the beginning of each school year. As a theology professor at a university where theology is a required course, I am presented with an excellent opportunity to enable students to reflect on the diversity of our country and our world in a way that brings out the teachings of sacred scripture on God’s diverse creation. By sharing their own and other’s experiences, students are able to come to a greater understanding of both their own world and God’s continuing action in their lives.

There are, of course, many scriptural texts that are helpful for such a dialogue, but I have found that 1 Corinthians, the Sermon on the Mount, and the stories of the prophets themselves are especially fruitful. The readings speak quite prophetically about the experience of being black, or otherwise marginalized (a feeling many students experience in their first year of college), and its meaning for us as Christians today.

The prophet Zephaniah and Saints Paul and Matthew addressed the people of their time and attempted to provide them with an understanding of God’s will for them and their responsibility to bring that will to life. Though written thousands of years ago, Paul and Matthew still speak to us today, unveiling who is truly righteous in God’s eyes and how we can share in the blessings of the kingdom promised so long ago.

Brought against their will to labor for the benefit of others, taught a distorted Christianity that upheld their enslavement and dehumanization, and required to live a second-class life for too long a time, African Americans have historically been denied the equality bestowed upon all human beings by a loving and just Creator God.

Who have been those who count for nothing, who are seen as things that are not? Again, African Americans bear this dubious honor as they were counted as only three fifths of a white male by the Constitution of the United States, and as they were told by the Supreme Court of the land that they had no rights that any white person had to observe.

Denied their humanity, stripped of their dignity, forced to live a life not of their own making or choice, they were required to live a lie created by others who sought vainly to boast in their own self-created sense of superiority rather than boasting, as Paul admonishes, only “in the Lord” (1 Cor. 1:31).

Today we see a change taking place, one that could as it comes to fruition transform not only our nation but our church as well; a change that could restore humanity and dignity that has for too long a time been denied to the “least among us.” It is a change that will require a true metanoia, a conversion of both head and heart, for all of the faithful who have been blind to the face and likeness of God, a likeness revealed in all of its myriad manifestations of humanity.

Statistics from the U.S. Census Bureau, surveys of Catholic parishes, and other sources reveal that the face of this nation and that of the Roman Catholic Church is changing. Heretofore seen as a nation predominantly of Anglo-Saxon heritage and a church that has been predominantly Irish and German, the veil is being lifted to reveal the presence of people all races and ethnicities.

By the year 2056, if not sooner, it is expected that both nation and church will have a race that is darker hued due to the majority population of U.S. Hispanics, who are supplemented by Asian and African Americans and other persons of color.

For some, this prediction brings with it a chilling fear. They ask, “What will happen to our country, to our church?” Many already predict destruction and devastation, chaos and catastrophe. Why? Because they are unable and unwilling to face the reality of change that is inevitable but can be and will be positive if we all, regardless of race or ethnicity, determine that it be so. This fear is a denial of belief in a just and loving God who created all of us in our colorful diversity as well as a refusal to learn from our past sins.

African Americans have always been a religious people, a people whose eyes, as author Zora Neale Hurston notes, were always watching God. They can be seen as the people spoken about by the prophet Zephaniah, a people “humble and lowly. They seek refuge in the name of the Lord—the remnant of Israel” (Zeph. 3:12–13).

They are a people who throughout their history have kept faith with their God, “leaning on God’s everlasting arm” and “trusting in God’s Holy Name.” And throughout that history, their God has kept faith with them, promising, as Psalm 146 proclaims, happiness for those “whose help is the God of Jacob, whose hope is in the Lord their God . . . who keeps faith forever; who executes justice for the oppressed; who gives food to the hungry” (Ps. 146:5–7).

This faith is echoed in the Beatitudes, pronounced by Jesus in the first public proclamation of his ministry, the Sermon on the Mount. The Beatitudes are a call to be counted among the righteous of God, and the way to be counted is clearly set forth. It requires not just the pretense of faith but the practice of it. One must live the life, not just sing about it. We are called, as Christian faithful, to put into practice the righteousness we have for so long simply preached and written about but never actually lived.

African Americans and other marginalized in this land have always believed in a God who loved them, cared for them, and promised them liberation, not just in the next world but in this one as well. Their faith has been one that liberated them, physically and spiritually, from the hardships of their lives. It is a faith that can also liberate those of us held in bondage to the sins of avarice, racism, sexism, and hatreds brooded over until we sicken within ourselves.

African Americans can show us the way, for they know what it is like to mourn and be comforted, to hunger and thirst for justice and be filled, to be merciful and receive mercy—no, sadly, from others but from their God. (See Matthew 5:3–7.) For despite the hardships of their lives, they have retained their paradoxical faith in a God who delivers, a God who acts upon God’s word, one who has secured justice for the oppressed and fed the hungry; a God who has set the captives free and raised up those who were bowed down. (See Psalm 146:8.)

A change is coming, one borne upon the hands of this just and living God. Today we are being presented with the opportunity to bring forth that change in a way that is healing and holy for us all. As the context of our nation and church changes, so must we. We can be stubborn and blind, holding vengeance in our hearts and attempting to take an eye for an eye and a tooth for a tooth.

Or we can be the peacemakers who will be called the children of God and the righteous ones who will be persecuted for the sake of the kingdom. We can, as Paul advises, follow in the footsteps of the low and despised, those for whom God has clearly shown a preferential option. Or we can be hard-hearted and deny the wisdom, righteousness, sanctification, and redemption found in Jesus Christ.

This is why the work that I do, whether teaching students, lecturing, giving workshops, or reflecting, is all of one piece. I see the requests that I receive to speak to groups as varied as the sands of the seashore as signs of changing times—signs of the efforts of people of all races and ethnicities to participate in the destruction of the barriers that have separated us in this country for so long.

Those who were looked down on, who were seen as nothing with little to offer but their physical labors, those seen as foolish and weak in the eyes of the world, have been called to reveal, once again, God’s message in our midst. African Americans, Hispanic Americans, and others once on the margins of our church and society have the opportunity to teach and preach the gospel of love to those around them.

We are called to witness to that gospel, as we have always done, but this time in places where we formerly were not welcomed or permitted. We have been called forth to participate in the birth of a new and better world for all of God’s creation.

This presents both a challenge and a burden. The challenge is to learn of African Americans’ rich history in this country and in Africa and of our church that was born in the Middle East and given new life in Africa. The burden is that once we have learned, we must take on the responsibility of sharing that knowledge with others from different heritages so that they, too, may be renewed and strengthened in the journey.

The challenge is to educate others in ways that do not tear down or destroy. And the burden is to persist despite being reviled and persecuted by those unable or unwilling to hear the Good News of the coming of the kingdom.

If we do this, then we will help to bring about that new world of the righteous of God in which there will be no rich nor poor, no oppressor nor oppressed, no superior nor inferior, simply children of God recognizing and rejoicing in their oneness in Christ Jesus. Then it will truly be said of us all: “Let the one who boasts, boast in the Lord” (1 Cor. 1:31)—for it will be through the grace of the Lord that we have done these things and come into our inheritance.

Diana L. Hayes is associate professor of theology at Georgetown University in Washington.