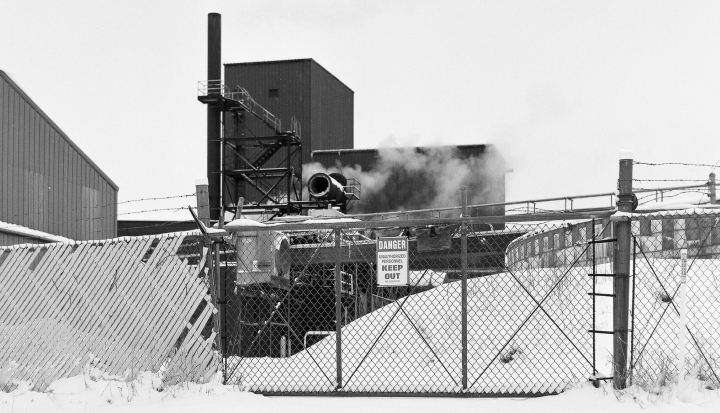 When I landed on the muddy ground inside Seneca Army Depot early one October morning in 1983, I heard a friend call from outside, “Did you practice that, Fran?” His voice was filled with irony; he knew well how unused I was to climbing over 10-foot barbed wire fences and landing in the mud in order to face searching, handcuffing, and who knew what.

Before that leap, I had confined my peacemaking efforts to praying, lobbying, lecturing, writing, and marching, while turning down many opportunities for nonviolent civil disobedience with a firm, “Not me.”

I learned well to obey authorities and the law. As a child I did what I was told, drawing smiles from my parents and teachers; as an adult, I never run yellow lights, let alone red ones. There are no marks on my license for speeding. In religious life I’ve kept my vow of obedience faithfully.

But could I, would I, participate in an act of nonviolent civil disobedience to protest the government’s nuclear policy? And be arrested and locked up? I didn’t think so.

Nonetheless, to keep in step with my friends in the Syracuse Peace community, in the 1980s I joined a meeting of organizers planning an act of civil disobedience against the nuclear arms buildup at the Seneca Army Depot near Romulus, New York. Nervous and uncertain, I joined the “Spiritual Affinity” group, in which I prayed and discerned participating in the Seneca action. The group was made up of priests, nuns, laypeople—nine in all, ranging in age from 30-something to 50-something.

My primary incentive for even considering civil disobedience was the basic teaching “Thou shalt not kill.” Other groups had different motives: the environment, children, the economy. One group came because they’d been participating in acts of civil disobedience over the long haul of the civil rights, Vietnam, and nuclear eras. Young pacifists from Cornell University, Syracuse University, and other New York campuses joined to try out their activist wings.

For two months my “Spiritual Affinity” group met, praying together, baring our fears and ideals, and finally deciding, one by one, whether to participate. As I thought would happen, everyone else was in. Then, I said I was in. Sort of.

On the night before the action, affinity groups gathered in a large deserted barn. I looked around at the young and old, long-haired and long-bearded, crew cut and bald, permed and ponytailed. Some wore jeans, some wore flower-print dresses. There were hiking boots and running shoes, both brand new and ragged. I liked being among them in my simple sweatshirt, warm slacks, and aging sneakers.

Together we vowed obedience to ground rules: Absolutely no violence in word or action and complete cooperation with the arresting personnel (who had been forewarned of our plans). Business done, we joined hands and sang familiar songs of peace. I felt a sense of oneness that went beyond the barn, beyond us, to everyone, everywhere.

Our plan was to form a human blockade at the busiest employee entrances to the Seneca Depot. Then, when ordered to move, some would stay put and be arrested. But not me—I planned to leave and find two sisters waiting in a car nearby. But the military officials wisely moved the morning’s traffic through gates not ordinarily used. No cars approached. Our blockade was a dud. It was a disappointment for some, but I felt relieved.

But, like wildfire, word spread: Participants might, if they chose, climb over the locked gates and barbed wire fences that guarded the Depot and thus precipitate arrest. Like the other affinity groups, mine huddled, joined hands, and asked, “What shall we do?”

Suddenly, all eyes turned toward a group that was already at the fence and lifting one man to the top. Rising above us was the tall and dark three-piece-suited form of Dr. Benjamin Spock. As he perched momentarily atop the barbed wire, white hair waving in the breeze, something undefinable moved through us all and carried us toward the fence and over it.

As I landed on forbidden government property and met the grim-faced military police holding handcuffs and wearing guns, and when I was locked in a cage for the first time in my life, I didn’t lose my respect for the law. I didn’t lose my fear and anxiety. But what I did leave behind the day I jumped the fence was my doubt about the effectiveness of my civil disobedience, that it wouldn’t have made any difference if I had stayed on the lawful side of the fence. All those raised high in the history of civil disobedience—Mahatma Gandhi, Martin Luther King, Dorothy Day—stand on the shoulders of millions of plain folks of every race, age, class, and ideology. The unnamed people are the solid base of power on which our heroes rose.

More than 300 people went over that fence that October morning. Dr. Benjamin Spock’s picture was on the first page of The New York Times the next day. I am still in awe of him, but I am also in awe of the more than 300 others on whose shoulders he stood. This is why, though few know I participated, I’m glad this one act of civil disobedience became a part of my journey.

Too soon after that civil disobedience and working as a professor again, I took up the cause of peace in my old, safe ways. But I have kept with me the mysterious oneness I knew in that barn and knew again during those moments of grace when I shed my fears and doubts to climb over the Seneca fence. The loving communion of that day, I know, extended beyond the activists and embraced those outside the fence: those who drove us to Seneca in the early morning darkness, who stood outside on that damp, gray day supporting our action, who rescued us from the deserted country road where the soldiers deposited us at 3 a.m.

At last retired, I am once again in the center of movements that include the possibility of civil disobedience: “Black Lives Matter,” “Never Again War,” “No More Drones.” Am I moving closer to crossing another fence? I believe this, like my first action, is in God’s hands. God graced me to shed my fears and doubts once, and God could so grace me once again. If so, you will be with me.

Sister Francine Dempsey is a Sister of St. Joseph of Carondelet in Albany, New York.