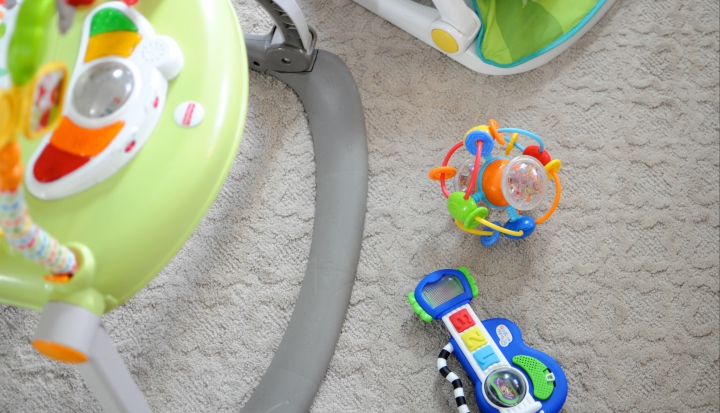 “Note: The following post contains affiliate links. If you click on a link and make a purchase, I receive a small commission.”
“Sponsored Post!”
“Giveaway!”
When I became a mother, I became a devoted follower of a handful of popular Catholic “mommy blogs” that helped me make sense of my vocation as a mother and empowered me to pass on my faith to my children. These blogs, many of which are excellently written and brimming with great resources, serve an important function in the life of many Catholic moms creating an online community of people with similar faith and values.
But a couple of months ago, I found that my daily blog reading more often than not ended with me clicking around Amazon or some online Catholic gift shop for something a blogger recommended. I realized that I was making a lot of purchases—too many, really—based on what I had seen on a blog. And I was especially chagrined to realize that much of what I was encouraged to purchase was not actually related to faith or mothering at all. Several of my favorite bloggers, for example, would feature “What I Wore” posts with links to cute maternity outfits or fabulous nursing tops at online boutiques or high-quality secondhand sites. When one blogger did a sponsored post on breakfast cereal, I finally decided that enough was enough.
Marketers love the so-called “mommy blogs” because they cheaply and easily put them in direct contact with a high-spending demographic. Mothers not only spend a lot of time reading blogs but are also highly likely to make purchases based on bloggers’ recommendations. A 2010 study by the NDP Group, Inc. found that 79 percent of mothers with children under 18 are active on social media and blogs, and of that population, 55 percent reported to have made a purchase because of a recommendation from a blog. It isn’t surprising that writers of these blogs are 21 percent more likely to be approached by a brand than other bloggers.
Catholic moms who blog are not immune from this trend, but they should be more critical of participating in it. The church has long opposed the materialistic and consumerist habits that drive the American economy. At the 2008 World Youth Day in Australia, Pope Benedict warned against an “insatiable consumption” that reduces people to simply consumers. More recently and more forcefully, Pope Francis condemned the “cult of opulence” that drives the culture in the developed world. In one of his general audiences on the family this summer, he called on Christian families to resist the “fake models” of the family based on “consumerism and the cult of appearances” by “becoming poor” and “practicing simplicity.” In his encyclical Laudato Si’, he specifically warns families to “beware impulsive and wasteful consumption . . .”
Catholic bloggers have a unique opportunity to evangelize their digital disciples with this message, but to do so will require self-consciously resisting the way the advertising industry functions in our daily lives. Rather than a sponsored post on peg doll saints, for example, a blogger might instead write a post illustrating how her family reduced the number of toys her children have. “What I Wore” posts might emphasize how a blogger learned to “make do” with an older outfit rather than linking to an online store selling a new one.
But Catholic bloggers, like all bloggers, are looking for readers, and if their blogs reflect an uncomfortable degree of consumerism, it is because at some level, this is what we the readers want. This presents an opportunity for a “serious review of lifestyle” called for in Catholic social teaching, and in particular by Pope Francis’ most recent encyclical. We need to be honest with ourselves and recognize that often even our noblest goals like growing in faith and passing that faith on to our children can become sabotaged by consumerism.
This article appeared in the December 2015 issue of U.S. Catholic (Vol. 80, No. 12, page 8).
Image: Flickr cc via Emily May
TagsCatholic social teaching Parenting The Examined Life Trends