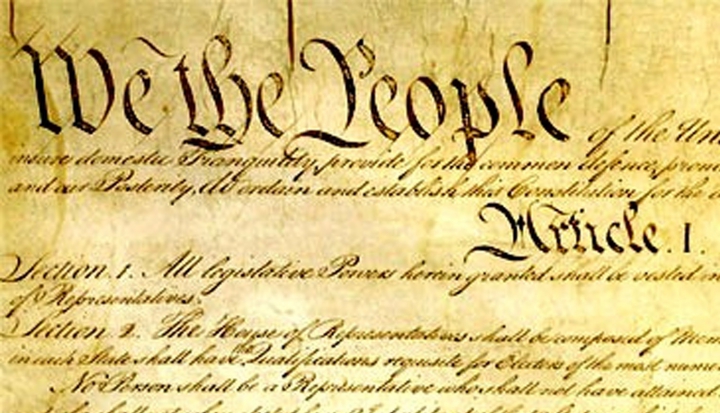 In Syria and Iraq, Christians and other religious minorities are victims of genocide at the hands of ISIS. Accounts of forced conversions, mass beheadings, torture, enslavement, rape, and even crucifixion are well-documented. Monasteries, convents, churches, and even whole villages have been looted and destroyed. As reported in the New York Times, Washington Post, Chicago Tribune, CNN, PBS, and every major international media organization, religious minorities are being targeted for extermination.

The United States and the international community must clearly and prominently speak in defense of religious liberty at this crucial hour, amidst all that must be done to deter, prevent, and respond to terrorism. Moreover, we must convey in words and actions our utter commitment to the protection of religious liberty in our own communities. We must refute those voices in our own countries proposing repressive religious tests for immigration, asylum, citizenship, and exercise of other rights. The rights of religious liberty are foundational for civilization itself.

Overall, the heightened attention to religious liberty as a result of these campaigns has been appropriate and timely. The concern of the bishops is warranted. Religious liberty is challenged on many sides in the United States today, from governors who try to force Catholic charities from welcoming Muslim refugees to the state of California forcing Catholic colleges to provide abortion coverage in insurance packages.

But, how far can claims for religious liberty extend?

At The Catholic University of America, my work as a professor includes teaching about rights and liberties. I lecture about differing theories of their foundation, the history of rights and their development over time in law and politics, and the limits of rights relative to the common good and other measures of justice.

Religions impact public life; they are not wholly private. Religious organizations have millions of employees in the United States. They own large numbers of buildings and swathes of land. They interact with the public order in providing education, health care, social assistance, charity, and much more. Religious organizations also sometimes receive grants and contracts from government sources for the work that they do on behalf of the public order. For all of these reasons, there is a legitimate public interest in some aspects of what religions do.

Clearly, for example, the government has an obligation to ensure that religious buildings and churches comply with fire and safety regulations, right? We should all agree that the government has an obligation to protect minors in religious settings from abuse. We would all probably agree that large, outdoor religious events should have appropriate permits. That church-owned vehicles must follow traffic laws. That church employees should have the same protection as other employees in the workplace from harassment, racism, and so on.  In other words, don’t we all agree that the guarantees of the Constitution should not entirely stop at a church door?

But, what does religious liberty mean if churches are not to be wholly immune from or above public laws? When, if ever, is it appropriate for the government to regulate what happens within religious organizations? Or, to put this conversely, how far can churches go in claiming “religious liberty” protection from the public interest?

Next week, I will consider three cases at the forefront of current discussions about religious liberty in the United States: 1) the so-called contraception mandate of the Affordable Care Act, 2) the claim of some religious universities that national labor laws should not apply to their employees, and 3) the calls by Donald Trump and others for increasing scrutiny of Muslims in regard to national security.

No right that is exercised in public life is without limits. All rights can be abused, including the rights associated with religious liberty. Yet, religious liberty is foundational for civilization itself.