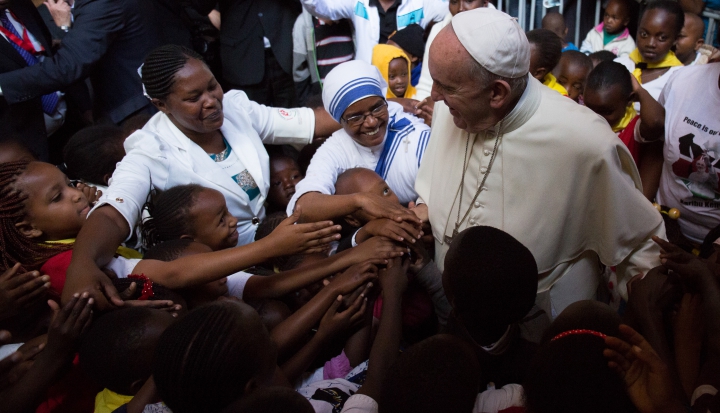 Here in the United States, the common assumption is that the terrorism of ISIS, Boko Haram, Al Shabab, and Al Qaeda comes down to one word—Islam.  So widespread is this notion that right wing pundits regularly jeer at those who decline to even use the term “Islamic terrorism.”  There is something about Islam, these pundits claim, that explains the twisted intentions of these terrorist groups and the evil of their terrorism. Muslim history and even the Koran are interpreted and mined for evidence that purported terrorism is implicit in the religion’s teachings.

Terrorism—understood as attacks on innocents with the intent to foment fear and incite hatred—is not something new in the world.  It’s not something unique to our time. History is littered with its horror, from antiquity to modernity. It has been employed by those of almost every culture, nation, and religion. That ubiquity does not ameliorate its evil. It must always be condemned and civilization is morally obliged to act to end it and to bring its perpetrators to justice.

Before leaving for Africa, following the Paris attack, Pope Francis powerfully denounced the claims of the terrorists that they were doing God’s will, calling it blasphemy.  The pontiff’s condemnation of terrorism is unequivocal. Yet, in naming the violence as blasphemous, his remarks distanced greatly from those who understand such movements as religious. Terrorism can never be religious.

In the Central African Republican, a country ravaged by civil war overlaid with Christian and Muslim divisions, His Holiness visited a mosque in the capitol of Bangui. Christian factions there have themselves claimed religious justification for attacks on Muslims. Amidst this strife, Pope Francis preached a message of reconciliation and peace, calling on all warring groups to lay down their arms. Poignantly, he called out the worshippers at the mosque, saying that “Christians and Muslims are brothers and sisters.”

A few days earlier, in Kenya, the pope reflected on what he called the “new forms of colonialism” that are ravaging Africa. The powerful effects of a global economic order dominated by Western interests and intertwined with the values of modern secularism are not only associated with the rising slums that encircle the bustling mega-cities of today’s Africa, they are also roiling the foundations of traditional African cultures and values. Amidst the turmoil of Africa’s current cultural and economic dislocation, terrorist groups like Boko Haram and Al Shabab find a sympathetic audience and converts to their hatred.

The failed states of Africa and the Middle East are particularly impacted by the experience of this cultural and economic dislocation. Enormous inequalities in wealth and extremely high levels of unemployment accompany economies geared solely to providing raw materials for the global economy. The same global economic order, moreover, seems to many in these regions to be allied with a secular agenda that would undermine or marginalize traditional culture and religion.  In failed or fragile states beset with such disruptions—like contemporary Iraq, Syria, Yemen, and Libya, a reactionary terrorist organization like ISIS finds it easy to flourish.  In the failed state that was Afghanistan after the Soviets, Al Qaeda and the Taliban metastasized.

Pope Francis reminds us that such terrorism is blasphemous and not religious. He reminds us that Christians and Muslims are brothers and sisters. It is not Islam that is behind the origin of these terrorist groups. Look instead to failed states, the greed of the global economic order, the collapse of cultures, the withering of traditional communities, and indeed the globalization of secular values.

The terrorism of ISIS and these other groups must be condemned and must be robustly opposed. We are morally obligated to counter its horror and to protect the innocent around the world.  But as Pope Francis has indicated, we will fail in our efforts to do so if we do not understand that terrorism’s real origins do not lie in Islam.