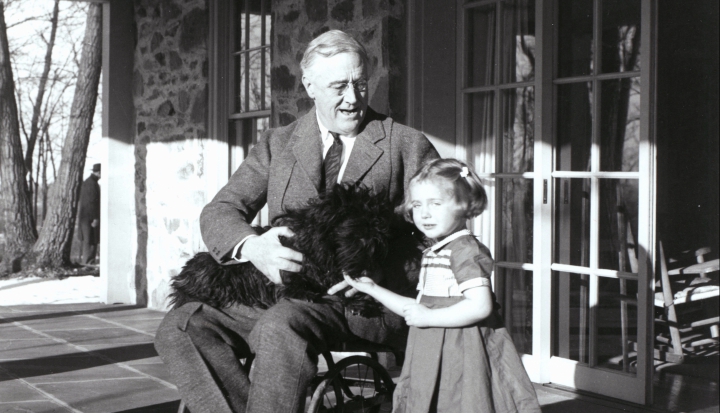 Nobody is talking about it, but the Democratic Party is in dire straits—really dire straits. Its future depends on a sweeping reorientation, both toward its traditional roots in the working class and toward the prospects of America’s changing demographics. Yet that needed reorientation requires vision that is not in the wheelhouse for its frontrunner presidential candidate, Hillary Clinton, for the outgoing President Obama, or for the inside-the-beltway party leadership as exemplified by Democratic National Committee Chairwoman Debbie Wasserman Schultz. Only a new generation of party leaders, willing to forego the wedge issues of identity politics and campaign strategies narrowly focused on mobilizing of the party’s base, can avert catastrophe. What’s wanted is a new generation of leaders who can advance a party agenda that balances the pragmatic issues of America’s 21st century working class with a sincere call to all Americans to join in governing that serves the public interest.

It will come as a shock to many Democrats, but nationwide the number of elective offices held by Democrats is at its lowest since Herbert Hoover was president. That bears repeating: The strength of the party as measured by seats held across the country is at its lowest point since the 1920s. The tremendous Democratic coalition fashioned under Franklin Roosevelt—a coalition nurtured through the 1980s—is now in its final stages of collapse. Across vast swaths of the country’s geography, Democratic candidates are proving unelectable, including in many areas that were once party strongholds. The percentage of American voters who formally identify with the Democratic Party shows much disaffection in key parts of the party’s traditional constituencies. Three-quarters of the nation’s state legislatures are in GOP hands. Two-thirds of the country’s governors are GOP. The GOP’s control of the House of Representatives is unchallengeable for the foreseeable future, as more and more Congressional districts are comfortably “red,” thanks in part to gerrymandering by Republican-controlled state governments. The track-record of recent Democratic efforts to win the dwindling number of purple districts and states is dismal, thanks to being crippled by a national Democratic Party agenda that is at odds with the issue profile for winning these contestable districts.

In the face of this disaster, the national party and its current leadership have been asleep at the switch.  Lulled to complacency by expectations that burgeoning Latino population growth will be the party’s future salvation, leaders have done little either to secure those future votes or to stem losses from traditional Democratic constituencies. Indeed, the failure of leadership over the last decade is astonishing. Short-term focus on the national politics of winning presidential elections has not been balanced with necessary longer-term work in developing candidates, financing, party workers, and activists at the local and state levels—and with the important local and state orientation. A college student for Obama, wonderful as she is, is far less valuable to the future of the party than a local activist working to advance a slate of candidates for city and county offices.

Overemphasis on the presidential elections, however, is not the biggest error of the last decade. The biggest problem for the future of the party is its current issue profile. That profile has shifted in our time from one about the working class and economically disadvantaged to one that emphasizes the professional classes and the special interests of identity politics. Over the last decade, that shift has proven to be a devastating liability for the party everywhere except in the bluest of blue Democratic districts. As a result, increasingly the party’s electoral prospects are relegated to the Northeast and the West Coast. It’s said so often as to seem trite, but it really is true that with this shift the party has allowed itself to be choked by a fundraising process dominated by a handful of special interests—at the expense of the party’s future and, frankly, at the expense of America’s public interest. Wherever one stands on a host of issues at the center of America’s identity politics, from abortion to same-sex marriage, surely the interest groups associated with such issues should not have effective control over candidate development and the fundraising mechanisms of the party. To effectively contest elections, the party needs to field candidates who reflect the issue profiles of their local constituencies. More importantly, if it is to again become the governing party, the Democratic Party must embrace a big tent coalition of constituencies with a public interest—and not special interest—vision.

Beyond image, message, and issue profiles, the party must again become the party of real, effective governance. On one hand, this means that the party must genuinely embrace a role in unifying rather than dividing the country. Too often, party leaders and candidates have played the card of division by deploying the wedge issues of identity politics for short-term electioneering. The gridlock in national government is not only the fault of the GOP. In campaigning and in policy development, Democrats—as befitting a party of governance—should prioritize broadening coalitions of support over maximizing ideological purity. On the other hand, this means that Democrats must also be the party with pragmatic and shovel-ready fixes to America’s many problems. The party should talk far less of protecting or promoting wonderful ideas and far more about concrete fixes for jobs, education, transportation, energy, infrastructure, and the economy.

The crisis facing the Democratic Party is real. Current party leadership is hardly reassuring. Unless the party can develop new leaders able to rise above the temptations of identity politics and base-mobilizing campaigns, unless it can reorient itself to its roots in the working class, immigrants, and needs of the economically disadvantaged, unless it can free itself from the chokehold of its own special interests and become again the party of the public interest and effective governance, then the future for the Democratic Party in America is pretty bleak.