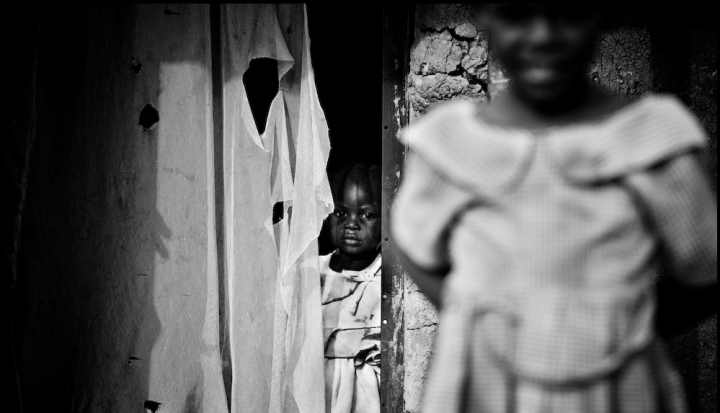 Pope Francis has challenged Catholics with the Gospel’s call to engage the world from the perspective of those at the bottom and on the margins. He invites us to be “a poor church, for the poor.” His Holiness is not asking us merely to observe or even merely to understand what we see from the margins, but to participate. As demonstrated by his own pastoral outreach in Buenos Aires, where he was called the “bishop of the slums,” Pope Francis expects Catholics to act. But, what needs to be done? What can be done to make a difference and to make real progress on issues like poverty?

Thanks to Pope Francis, a holy fire is evident in the spirit of social justice and social service organizations today. Its urgency is compelling.

So, I asked ten inspirational Catholic leaders, whose daily work is devoted to addressing poverty and its policies, to propose one thing that would really make a difference here and around the globe.  The response was immediate and overwhelming.

Poverty in the United States

Investing in rental assistance (e.g., “Section 8” and “Housing Choice Vouchers”) provides families with children a safe and stable place to live. When families have decent housing, parents can find good jobs and kids can go to good schools. The positive effects of rental assistance are closely linked to educational, developmental, and health benefits that can improve children’s long-term prospects and reduce costs in other public programs.  Right now, only 25% of families who are eligible for rental assistance receive it.

John Carr, Director of the Initiative on Catholic Social Thought and Public Life at Georgetown University

Pass the bi-partisan Sentencing Reform and Corrections Act of 2015 introduced last week by Senators Booker, Lee, Grassley, Durban and others. This overdue legislation would begin to address the human, moral and financial costs of mass incarceration and unjust mandatory sentences as well as take modest steps to help people leaving prison re-enter society. In addition, prosecutors, juries, judges and citizens should abandon the use of the death penalty with its unjust application and the tragic illusion we can teach that killing is wrong by killing. Both these steps would respond to the call of Pope Francis and reject the throwaway culture the Holy Father deplores.

Universal education and pre-school education are critically important. A study of more than 950 families in Chicago’s Child-Parent Center Education Program, the second oldest federally funded preschool program in the country, which focuses on school-readiness, including listening skills and math and reading preparation followed kids who attended preschool that started at age 3–4.  Their parents were actively involved in the program. After tracking the children to age 28, researchers found that those who had attended preschool were 28% less likely to develop alcohol or other drug problems or to wind up in jail or prison in adulthood, compared with kids who did not go to preschool. What’s more, their odds of being arrested for a felony were cut by 22% and they were 24% more likely to attend a four-year college. Incomes in adulthood of those who attended preschool were also higher than those for the children who did not.

Recent temporary improvements to the Earned Income Tax Credit (EITC) and refundable Child Tax Credit (CTC) should be made permanent, and improvements should be considered to the EITC that would enhance its anti-poverty, pro-family aspects. Congress must prioritize these programs that reduce poverty, promote work, and create opportunity for vulnerable families in any tax legislation advanced.

Support and increase the U.S. government’s funding for poverty-focused foreign assistance, which studies indicate many people believe is near 25% of the federal budget but is less than 1 percent. These funds help people to feed themselves, provide clean water and access to health care, and save lives in many other ways every day.

For low-income countries: functioning primary care public health facilities that give everyone access to decent primary healthcare (especially to break the link between poverty and disease). This is so vital because health care is a human right, and the most basic precondition for human flourishing.

Scott Klinger, Director of Revenue and Spending Policies at Center for Effective Government

End off-shore tax abuse.  It would raise an extra hundred billion dollars a year that could be spent on domestic anti-poverty programs. Globally, many poor nations are being robbed of resources that could be used to spur internal economic development.  Corporations engaging in aggressive tax avoidance, coupled with corrupt leaders shifting resources offshore through anonymous shell corporations deprive many nations of a greater amount of tax revenue than these nations receive in bi-lateral aid.

What extraordinary people these are who dedicate their lives as Catholics to social justice and social service! Their recommendations are smart—and I have in several cases only highlighted one of many policy recommendations that were sent. If implemented, these ideas would indeed go far in addressing poverty here and across the globe.

This list, of course, is just a start, as all of these Catholic leaders would be quick to agree. What else should be added? How about extending welfare support (TANF) to the three-quarters of impoverished American families with children who are now denied? What about universal education and equal educational opportunities for girls in the developing world?

Friends, let’s grow this list! Anticipating the upcoming Year of Mercy, in the spirit of Pope Francis’s call for Catholics around the world to take up the responsibilities for being a church for the poor, what should Catholics support? What should we do? What would be the most effective “no brainers” to combat poverty in the United States and the world?