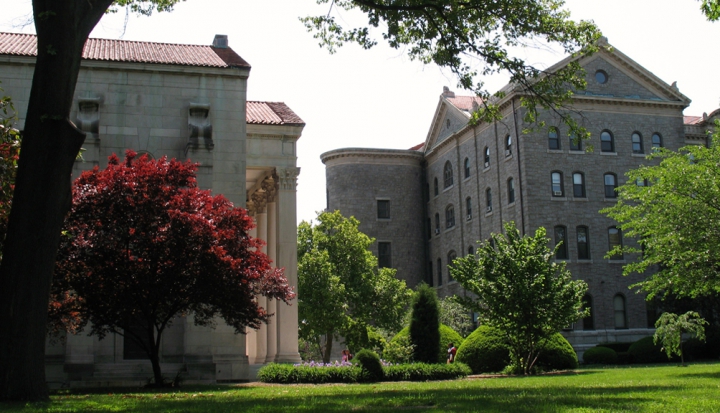 For at least the past 30 years, since the blue-ribbon report A Nation at Risk sounded an alarm about America’s underachieving school kids, the American middle class has been obsessed with education, from kindergarten to grad school, as the key to its children’s futures. As college tuition costs skyrocketed during those years, the high price only seemed to make the product more desirable.

In the years since the financial crisis of 2008, anxiety about education has become more like panic, peaking with the news that America’s total student loan debt reached $1 trillion, topping our collective credit card debt. This news came on top of the underemployment faced by recent college graduates, and the findings in the book Academically Adrift (University of Chicago) that most college students weren’t learning very much. All of this ignited a firestorm of debate about the real value of a college education.

The documentary Ivory Tower has emerged in the midst of that firestorm. Released theatrically last June, and on DVD and streaming services in September, the film tackles the questions that have arisen about American higher education. From the student loan trap to the lure of cheaper online alternatives, the party culture to the scandal of overpaid administrators, they are all in here somewhere. The documentary roams the educational landscape with stops at Harvard, Bunker Hill Community College, historically tuition-free Cooper Union, historically black and female Spellman College, party-hearty Arizona State, and tiny two-year, all-male (and still tuition-free) Deep Springs College, among others.

Along the way, we are offered a variety of answers to the recurring question, “Is college worth it?” Among other things, we learn that the incredible inflation of college cost is driven partly by an expensive race to provide resort-style campus amenities that attract not the most diligent scholars, but the most affluent, the ones who can pay full tuition. Sometimes these are the same students who drive the decadent party culture revealed by recent campus sexual assault scandals.

Two sequences from Ivory Tower especially stick in the mind. The first is a Fellini-esque montage of party scenes in which a series of students are chugging relentlessly from enormous bottles of liquor and frolicking poolside at their luxury high-rise dorm. The other is the young men at Deep Springs College, where all 26 of them pursue a Great Books education and run a desert cattle ranch. We hear them discussing Hegel and then pitching haystacks and mending fences. The contrast is as distinct as the one between a dream and a nightmare.

Meanwhile, Ivory Tower also chronicles a dramatic clash of competing visions at Cooper Union in New York City. Like Deep Springs, Cooper Union was founded by a wealthy philanthropist who left a mandate that the school be tuition-free. The plan worked for more than 150 years, but then the administration went into debt for a lavish $175 million building just as the financial crisis hit the school’s hedge fund investments.

To the trustees and the president, the solution to the crunch was obvious: Start charging tuition. But students rebelled and occupied the president’s office for months, standing up for the principle of the right to an education in a place that had been one of its last bastions. In the end the students lost—Cooper Union charges tuition now—but their courage and clarity in articulating their ideals simultaneously provide the viewer with hope for their generation and a reaffirmation of higher education’s role in forming of citizens for a democracy.

Ivory Tower joins a growing library of education-related features chronicling the failure of K-12 education for poor and minority kids. Director Andrew Rossi’s film addresses the particular anxieties of the college-bound middle class. A similar entry here is Race to Nowhere (2010), made on a shoestring by novice director Vicki Abeles, a lawyer and mother of three who turned filmmaker when a 14-year-old girl in her daughter’s school took her own life. The film assesses the toll taken by the childhood push to build a résumé, and it has become something of a grassroots phenomenon among some parents of the “over-scheduled” generation, who flock to community screenings that feature lengthy post-film discussions.

Last year’s fiction film Admission pushed some of those same buttons. Audiences saw a Princeton admissions officer, played by Tina Fey, summarily reject dozens of polished and overprepared applicants with perfect résumés and take up the cause of a young savant who almost flunked his first two years of high school.

I have four kids, ages 14 to 22, and I’m employed by a small state university. For all the madness around higher education, I still side with those voices in Ivory Tower, especially Columbia professor Andrew Delblanco and Wellesley president Michael Roth, who insist that a traditional liberal arts education holds inestimable value—if not for everyone, then for as many as are willing to try it.

Education does not have value only because the critical thinking skills and creativity it develops will pay off economically. Instead, college is worth it because, as those Cooper Union kids show us, those who are willing to test their intellects and assumptions against the best ideas of the past can become better people who can build a better society.