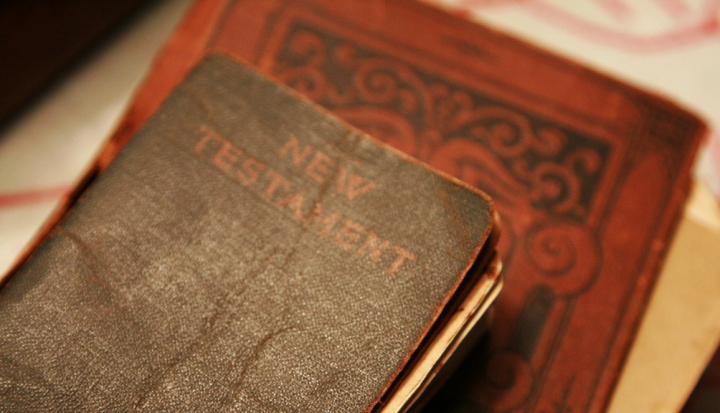 For the New Testament writers, the Old Testament was holy scripture. To tell the story of Jesus, those authors relied largely on the vocabulary and methods of reading scripture that already existed in the Jewish world. According to one scholarly estimate, the New Testament has more than 4,000 references to the Old Testament; thus the books of the Old Testament have been important for Christians and remain, in the words of the Second Vatican Council’s Dei Verbum (Dogmatic Constitution on Divine Revelation), “permanently valuable” because they were “written under divine inspiration.”

Many of these references are “according to the scriptures” and “fulfill what scripture said.” Christ’s birth, for example, “took place to fulfill what the Lord said through the prophet: ‘Behold, the virgin shall be with child and bear a son’ ” (Matt. 1:22-23). He said his last words on the cross “(in order to fulfill the scripture), ‘I am thirsty’ ” (John 19:28).

The key word here is “fulfill.” The New Testament authors, while valuing the Old Testament as revelation, saw Jesus to be the fulfillment of that revelation. For them God’s plan of salvation unfolded with the Israelites, then was added to and redefined by Christ. That meant the New Testament writers read the events of the Old Testament as looking forward to Christ as the Messiah of his people. For example: In the opening of Genesis, God spoke a divine word to create the world, so in the opening of the Gospel of John, God, in the Word of God, re-created and renewed the world.

Fulfillment, however, does not mean prediction. While the first Christians saw in the Old Testament the anticipation of what happened in Christ, that does not mean the writers of the Old Testament were literally looking ahead into the mists of time and seeing the coming of Jesus. What they were expecting was the final fulfillment of the promises God had made to them, but when Jesus appeared most Israelites did not think he was that fulfillment. The writers of the New Testament, however, believed in both the coming of the Messiah and Christ being that Messiah.