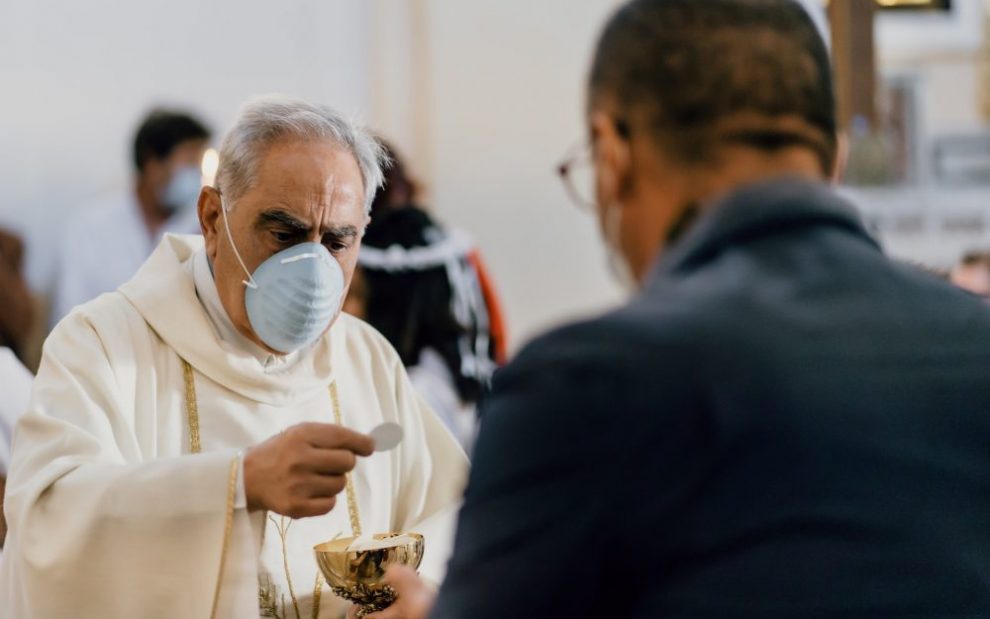 The default position is that Catholics should not be denied communion except for a serious reason. The Code of Canon Law states, “Sacred ministers cannot deny the sacraments to those who seek them at appropriate times, are properly disposed, and are not prohibited by law from receiving them.” However, it also says that those “who obstinately persist in manifest grave sin are not to be admitted to Holy Communion.”

The difficulties come from deciding who obstinately persists in manifesting grave sin and how this should be addressed. There are currently two circumstances that are particularly controversial: communion for divorced and remarried couples who have not had an annulment and communion for Catholic politicians who either accept or promote legal abortion. The preferred approach is for a priest to communicate with people privately and persuade them not to present themselves for communion until the situation is corrected.

Withholding communion from someone is not a statement on the status of that person’s soul, but rather it is a reaction to publicly available information that shows the person is not in “communion” with the church and its teachings. On these occasions, the reception of communion can cause others to doubt or misunderstand church teaching.

Because Catholics who are divorced and remarried (without an annulment) are objectively in a situation contrary to church teaching, in the past the church taught that they could not receive communion. This discipline (not doctrine) changed somewhat with Pope Francis’ apostolic exhortation Amoris Laetitia (On Love in the Family), where he allows for the possibility that some divorced and remarried people might be able to receive communion. This change continues to be controversial.

Because of President Joe Biden, a practicing Catholic who has accepted and/or promoted legal abortion, the issue of whether he (and other Catholic politicians in similar circumstances) should receive communion has become a subject of debate. Cardinal Luis Ladaria, the prefect of the Congregation of the Doctrine of the Faith, recently sent some guidance concerning the issue to Archbishop José Gomez, president of the United States Conference of Catholic Bishops. According to Ladaria, any national policy on the eucharistic coherence of one’s life with one’s faith cannot supersede the authority of an individual bishop in his own diocese to decide whether Catholic politicians should receive communion. There is no consensus among the U.S. bishops on the matter.