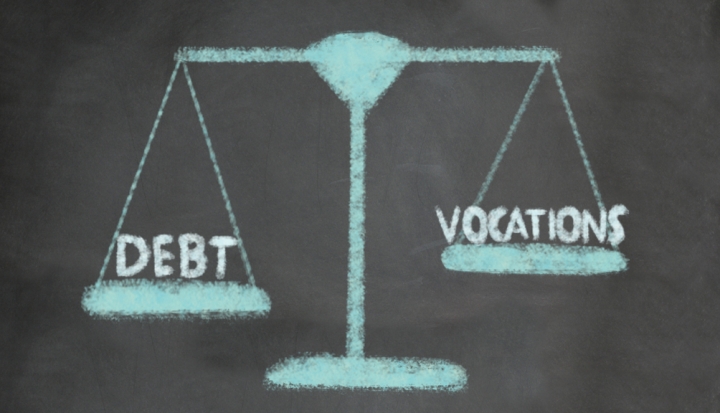 Debt can become a large obstacle for students who are considering a call to religious life.

A study from the Center for Applied Research in the Apostolate at Georgetown University, done on behalf of the National Religious Vocation Conference (NRVC), found that a third of those applied to join a religious order had more than $20,000 in student debt.

“The study has found that our national educational debt problem is definitely impeding young women and men from pursuing life as a religious priest, sister, or brother,” said Br. Paul Bednarczyk, executive director of the NRVC, when the study was released. “When one out of three people applying to religious life has student loans of almost $21,000, this inevitably becomes a financial strain on some religious institutes. Some communities have no alternative but to ask potential candidates to delay their applications, or even worse, turn them away altogether.”

Corey Huber is president of the Mater Ecclesiae Fund for Vocations, a nonprofit that gives grants to pay off the student debt for seminarians and postulants of religious orders. Often, that those debt balances are $20,000 or $30,000, says Huber.

Many of the people his nonprofit assists have gone to a Catholic college or been involved in a Catholic campus ministry. Before they got to college, their faith might have been lukewarm. But while some students lose their faith in college, he said, others find it there. “It’s well known that a college is a great place to lose your faith,” he says. “It’s not as well known that college is a great place to acquire faith.”

College might be the first time that a Catholic student really takes their faith and spirituality seriously. And that may lead them to wonder if they’ve got a religious vocation. “They are getting on fire for their faith, and right about that time they realize, ‘I want to really devote my life to this faith I’ve found and I’ve just racked up all of this debt,’ ” says Huber.

Huber became involved in student debt relief about 10 years ago, through a small family foundation that he’d set up with money he’d earned while working for AOL during the early dot.com boom.

A priest friend told him of a young man who felt a call to religious life but had about $40,000 in debt. He’d applied to a religious order but was turned down. “They said – sorry – you have to go fix that debt problem before you can come and join us,” said Huber.

Huber’s foundation took over the young man’s loan payments while he joined the order as a postulant. He eventually discovered that he didn’t have a vocation after all, said Huber. But that experience led lead Huber to help other candidates.

Eventually he started the Mater Ecclesiae Fund for Vocations. Over the past 10 years, the foundation and the fund have assisted 150 people to enter the formation process for religious life or seminary. About 50 of those have dropped out, says Huber, but that’s all right he said. Those folks would never have been able to explore their vocation without some debt relief.

Huber says that a number of the people the fund assisted have made it through the formation process and taken final vows. Four more will be ordained as priests this year.

The past 10 years have made Huber cautious about student debt. He advises students to be very careful when they sign up for debt. He also sees signs that students are becoming more informed about their choices, when it comes to college.

Huber isn’t discouraged about debt. He’s more excited to find students who feel a call to religious life and to the priesthood. “We have been praying for vocations forever,” he said. “So we need to view this as an opportunity – not a problem.”

This is a web-only sidebar that accompanies the article, “How can I ever repay you?: Catholic colleges and the student loan crisis,” which appeared in the February 2014 issue of U.S. Catholic (Vol. 79, No. 2, pages 12-17).

Bob Smietana is a freelance religion writer based in Nashville and president of the Religion Newswriters Association.

14 quotes for Catholics on Earth Day