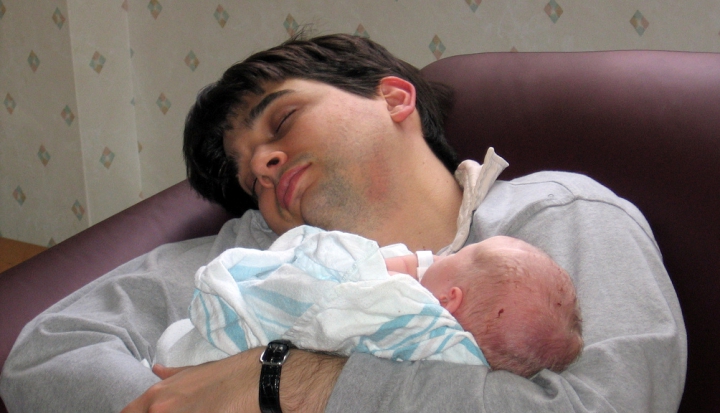 It would be easy to dismiss the struggle to reconcile a work life with a family life as universal. In some ways, however, this is a uniquely American problem: Recent surveys suggest Americans are significantly less satisfied with their ability to balance work and family than residents of other comparable nations. It’s not hard to figure out why:

• Paid family leave. Among the 30 industrialized democracies in the Organization for Economic Cooperation and Development, the United States is the only country that does not mandate any kind of paid maternity leave for new mothers. The Family and Medical Leave Act, passed in 1993, requires most employers to offer 12 weeks of unpaid leave, and some states offer slightly more. But this does not apply to part-time workers, freelance employees, and anyone who works for a company with fewer than 50 employees; all told, only about half of all American workers are covered by the law. Meanwhile, the percentage of employers voluntarily offering paid maternity or paternity leave dropped from 27 percent in 1998 to just 16 percent a decade later, and the average length of leave they offer has fallen, too.

• Flextime. In the United States, a flexible working schedule is considered a privilege, and it’s offered at the discretion of an employer. High-income professionals, who generally work the longest hours, are the most likely to be offered flextime. Other developed countries have taken a more aggressive approach. In the United Kingdom parents of disabled children and of children under 6 have the right to request flexible working arrangements. In Norway parents can refuse to work overtime if it interferes with their child care needs; similar laws exist in Switzerland, France, and other countries.

• Child care. The costs of child care have skyrocketed in the United States over the last several decades, and many dual-income American families must calculate whether it makes more financial sense for one of them to stay home. Others adjust by having one parent work days and the other work nights, which is not exactly a recipe for marital strength. In France, by contrast, the government provides tax breaks for parents who pay for in-home care, affordable municipal day care, and universal preschool starting at age 3. Once again, Scandinavia also offers more meaningful government support.

• Long hours. As an ABC News report said last year, “Americans work more than anyone in the industrialized world.” The United States is the only developed country that doesn’t require employers to offer any kind of paid vacation or other paid time off. Many employers offer them voluntarily, but about a quarter of workers, mostly low-income, receive no paid time off at all. The United States is also one of the only countries in the world that doesn’t guarantee workers any paid sick leave.

To sum it up, Americans work longer hours, take less vacation, and also retire later. Put it all together and you have some exhausted, unhappy working parents.