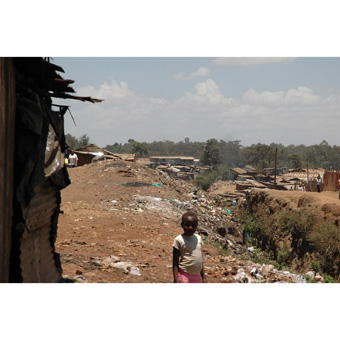 Can the $300 home add dignity to the lives of the world’s poorest people?

According to U.N. projections, a trend of demographic concentration in the world’s great urban centers will intensify in the coming decades, compressing the world’s poorest into fast arising slums. Viewed today, these too dusty or too muddy, sewage- and garbage-choked ghettos already make an unhealthy, unpleasant sight and a terrible place for the majority of the world’s children to grow up.

The lives of the world’s poor today seem confined by a series of apparently intractable social and physical obstacles: poor access to health care, education, and clean water; improper or nonexistent sanitation; sub- to no-standard housing. But what if it doesn’t have to be this way?

That’s the creative gauntlet thrown down by the $300 housing challenge. That project, initiated by Vijay Govindarajan, an international business professor at New Hampshire’s Dartmouth College, and Christian Sarkar, a marketing consultant and environmentalist, dares entrepreneurs, designers, engineers, and international business executives to think small in order to resolve one of the planet’s biggest problems: how to construct compact but adequate shelter for the world’s poorest people that will promote human dignity while also protecting creation.

Competitors for the $300 house must think like the poor and use the same raw materials that crafty and creative poor people worldwide have typically sourced to build the shanties that crop up on “vacant” land that encircles the world’s great cities.

According to the terms of the competition, the $300 house must preserve local ecologies and remain truly affordable so the poor are not forced to barter their future for decent shelter. “We wanted the house to be an ecosystem of products and solutions designed around the real needs of the inhabitants,” Govindarajan and Chakar wrote in issuing the $300 challenge. “Of course it would have to be made out of sustainable, green materials, but more crucially, it would have to be durable enough to withstand torrential rains, earthquakes, and the stress of children playing.”

There is no one way for the house to be designed, the sponsors stress, but each design should try to neatly confront some of the calamities that the world’s people are asked to overcome each day. Govindarajan and Chakar say, “The house is really a one-room shed designed around the family ecosystem, a Lego-like aggregation of useful products that ‘bring good things to life’ for the poor.”

“Furniture”—perhaps a sleeping hammock or Murphy bed-style chairs that fold away to allow more room—could be built into the design. The $300 house should include an inexpensive water filter and a solar panel and battery to allow the poor, typically far off the electric grid, to power the inexpensive mobile devices that are cropping up even in the world’s least affluent places.

One size will not fit all. The needs of the poor and the materials they can access in São Paulo, Brazil will be different from the conditions of a shantytown in Nigeria or outside Budapest, Lima, or Washington, D.C. By the end of the competition, launched last August, sponsors will offer a variety of economically and ecologically affordable models for community activists, municipal authorities, or poor people themselves to choose from.

Adequate shelter is one of the components of human dignity that the church demands be treated as a right, not an act of charity or stroke of good fortune, for the world’s poor. In an era when First World economies struggle to balance accounts while ladling out the public largesse in defense spending and subsidies and tax breaks for big agriculture and industry, can we really argue that the world can’t afford to build a $300 house for its poorest? The truth is, considering the range of acute needs this practical proposal responds to, we really can’t afford not to.