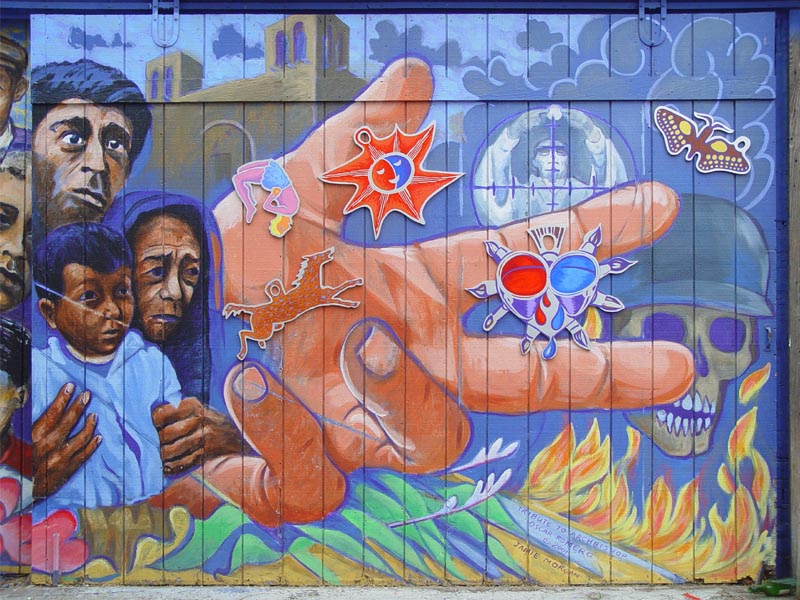 (RNS) Two years ago I was in El Salvador and asked a fellow Jesuit priest if he thought that Archbishop Oscar Romero—famously slain while celebrating Mass in 1980—would ever be beatified. The Salvadoran Jesuit’s answer: only when all of the people who loved Romero and all of the people who hated him were dead.

Fortunately, that prediction turned out to be grossly off the mark, as Pope Francis will beatify Oscar Romero on Saturday (May 23), putting him one step shy of formal sainthood.

At the height of El Salvador’s civil war, Romero was a lightning rod with enemies. One of the most prominent Salvadorans to call out the country’s government and military leaders to end their bloody and oppressive human rights violations, he was also an outspoken advocate for the poor.

Shot to death by an unknown assassin said to be acting on the orders of the Salvadoran army, Romero used his last homily to call on soldiers to listen to their consciences and disregard orders to kill fellow Salvadorans.

If he were alive today, what would Romero say from the pulpit?

El Salvador’s civil war is long over, but the violence and inequality haunting the nation is as real as it was back in the 1980s. Children and families continue to flee El Salvador, Guatemala and Honduras because the region is the deadliest nonwar zone in the world. Jesuits working in ministries throughout North America and Central America encounter these faces of human suffering daily.

Instead, our government, which already spends nearly $18 billion on immigration enforcement in the U.S., has now leveraged funding, training and diplomatic pressure to impel Mexico and Central America to intercept desperate people, some fleeing violence and persecution, from journeying beyond borders to find safety. The U.S. has invested heavily in border security and immigration control, despite grave and troubling human rights violations. Meanwhile, we have failed to publicly and persistently convey the message that asylum seekers, victims of human trafficking and refugees must be screened and not returned to the hands of their persecutors.

The Obama administration’s FY2016 budget request includes $1 billion for Central American assistance, some of which would be allocated for development and poverty reduction projects. However, it also proposes pumping hundreds of millions more into the militarization of Central American societies and borders, a plan that would further deteriorate the human rights situation. Absent is a vision of how to address the urgent humanitarian needs of people displaced by violence.

Instead of funding the militarization of the borders between the U.S. and Central America and intercepting refugees before they reach our country, we must address the root causes of migration and provide direct assistance that builds the capacity to address humanitarian needs. Central America needs help expanding education opportunities, building child welfare systems and sheltering victims of violence and witnesses to crime. But none of these reforms can be sustained unless Central American governments also work to eradicate corruption and reform their judicial systems.

As Romero said during a time of similar urgency, “On this point there is no possible neutrality. We either serve the life of Salvadorans or we are accomplices in their death. … We either believe in a God of life or we serve the idols of death.”

Finding a viable solution to Central America’s problems while offering appropriate protection to those fleeing violence may be an uncomfortable conversation, but the U.S. will face an even more uncomfortable result if we continue our out-of-sight, out-of-mind attitude toward Central America’s desperate and dispossessed victims of violence.

The Rev. Timothy Kesicki is president of the Jesuit Conference, the organization that represents the Society of Jesus (Jesuits) in Canada and the United States.