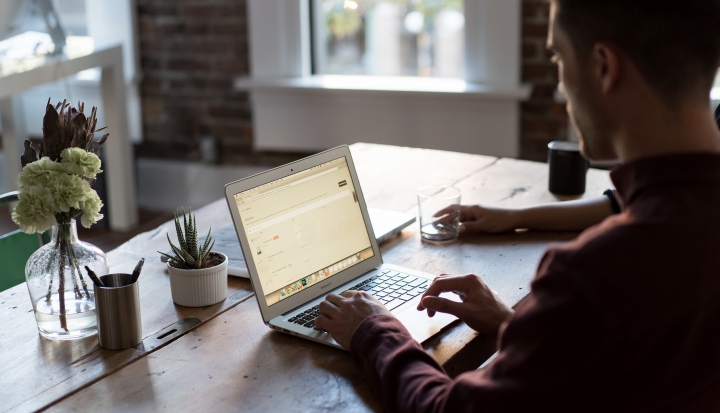 In America, we are known for desiring quick results. Weight loss ads fill magazines and take up space during television breaks, promising fast change with minimal effort. Everything we use screams efficiency, from microwaves to Roombas. It’s hard to argue that anyone is trying to avoid the quick-results-with-minimum-effort lifestyle.

Although I try to distance myself from thinking this way too often, I found myself in a trap of frustration after graduating from college this May. Initially I was terrified. It suddenly seemed impossible to get a job in journalism (my major) and I was fearful of unemployment.

I considered giving it all up and pursuing another degree in nursing. In my mind, I thought this was what God wanted for me: I should earn a degree that would help people in a more tangible way and would be guaranteed to pay the bills.

As I inched towards starting this new education, however, I found myself unable to follow through. Sitting in my basement, wrapped in a colorful afghan blanket, I cried my eyes out over the idea of giving up on my dream of being a journalist.

It was then and there, between ugly sobs, that I decided maybe I didn’t have to give up on it after all.

And thus the job search ensued.

Anyone who has ever applied for jobs—make that careers­—will know this is a process that is not about quick results. At first my goal was one to two applications a day. That way I could focus on writing individualized and cohesive cover letters.

After a couple weeks of this, I hadn’t heard back from any of the jobs I applied for. In the past I had only applied to places like retail stores and chain restaurants, and I didn’t really grasp how long it would actually take for employers to get back to me—if they ever would.

Soon I was applying to anywhere between nine and 18 jobs a day, usually spacing out my applications with meals and taking no time to personalize cover letters. I figured the more applications I sent out, the quicker I would hear back.

But this kind of rapid applying leads to quick burn-out, rather than quick results.

After my first month of job applications, I was starting to feel as if God was playing a cruel joke on me.

Was I wrong? I remember thinking, Should I have actually went to nursing school?

My faith in God’s plan was fading fast, and my American mindset of real-results-real-fast took over. I complained openly and frequently about how terrible the job search is (it is!) and how angry I was that no one was getting back to me.

I am one hundred percent certain I drove all of my family and friends crazy over the past couple of months, simply because I wasn’t getting the results I wanted at a speed that was convenient to me.

However, I should have kept my faith in God and God’s plan for me. Soon enough, I had a couple interviews lined up with places where I truly would enjoy working. One of those interviews turned into a job offer and the other into a second interview.

Altogether, it only took me around two months to get a job after graduation—as an editorial assistant here at U.S. Catholic. The average amount of time it usually takes a new grad to get a job in the United States is three to nine months, according to Experience.com.

Essentially, despite my initial hesitation after graduation, I’m lucky. I found a job—a job in my chosen field—more quickly than the majority of my peers, even when it did not seem like it was possible.

My fear and frustration led me back on God’s path, a place from which I should never have strayed. But perhaps every apparent misstep is simply a part of God’s plan, anyways.

Today I am more secure in my career plans than ever before in my life. My faith tells me that this can only be God’s work.