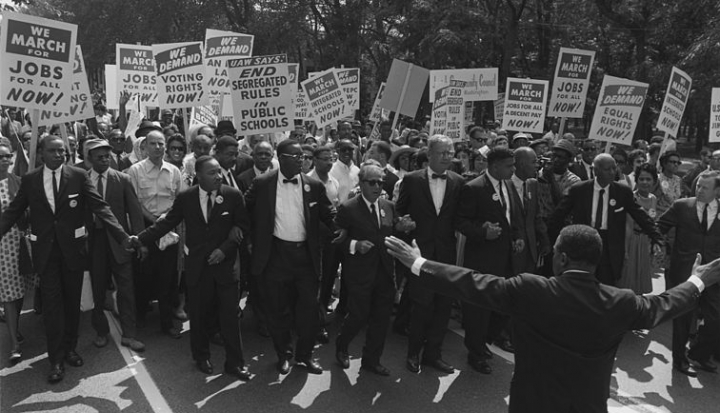 In a much anticipated 5-4 decision this morning, the Supreme Court of the United States released a decision on Shelby County vs. Holder, the case before the court that dealt with the Voting Rights Act.

(Look here for some background information about the Voting Rights Act.)

Up for debate in this particular case were Sections 4 and 5 of the VRA. Section 5 is the provision in the VRA that requires voting jurisdictions with a history of discrimination to obtain “preclearance” from the federal government prior to implementing any voting procedure changes. This included everything from changing the location of a polling place to making significant changes in election districting. Under Section 5, if one of the covered jurisdictions wanted to make a change, they had to demonstrate that it did not have a discriminatory intent or effect.

Section 4 of the VRA was, in essence, the formula that was used to determine which jurisdictions would be covered under Section 5.

In the SCOTUS decision read by Chief Justice Roberts, joined by Justices Scalia, Thomas, and Alito, Section 4 of the VRA was determined to be unconstitutional. Specifically, they claimed that the data used in Section 4 was outdated and was not representative of racial progress that has been made.

Section 5 of the VRA survived, but without Section 4, there is no rubric by which jurisdictions would qualify. The SCOTUS decision did leave room for Congress to rewrite the formula using an updated metric, and we all know just how good Congress is at getting things done these days.

So we are left with a bit of an open loop. The New York Times has released an interesting info graphic that displays some possibilities for a new metric by which to determine which jurisdiction ought to be covered under Section 5.

My guess, if I had to make one, is that Congress is not likely to make any progress on this until after the 2014 midterm elections. (Ironically, in 2006, Congress voted with almost 100% support to uphold and renew Sections 4 and 5 of the VRA, with full support from President Bush.) Although many Democratic members of Congress took to Twitter within an hour to assure their constituents that they would be fighting to protect the voting rights of all people, the truth remains that Congress seems unable to move forward on even relatively simple, non-controversial legislation. President Obama himself has expressed his disappointment with the Supreme Court decision, and has urged Congress to work quickly “to ensure that every American has equal access to the polls.”

It is with some bitter irony that this decision is handed down just two months away from the 50th anniversary of the March on Washington, a march that was highly credited with helping to pass the 1964 Civil Rights Act as well as the VRA in 1965.

I will say this: Though many pundits on both sides are touting this as either a clear victory or a clear loss, I think, in the end, it is neither. The decision that the SCOTUS handed down today is probably the ruling that was the least destructive of the VRA, considering what many people had been thinking, (namely that Section 4 and 5 would both go the way of the dodo.) So the SCOTUS decision today is neither total victory for the right, nor is it an entirely devastating  blow for the left. It is certainly a setback for voting rights and protection. But with Section 5 still in place, there is still room to update the law, possibly in a way that protects more people. Unfortunately, the responsibility to update the law lies with Congress.

So now is not the time to let our collective guard down. Voting discrimination happens both in subtle and not-so-subtle ways, and the victims of voter suppression are disproportionately African American and poor. As a community of faith, we ought to be concerned with justice, and we ought to be working to make sure that the voices of the poor are not only heard, but are lifted up and protected. It is part of Catholic social teaching that there is an obligation to vote, which also means that there has to be an obligation to protect those who are most vulnerable to the potential discrimination. We need to make certain that there is some protection in place.

For those of us who want to see that happen, today might be a good day to write a letter (or you know, a tweet) to your congress person.