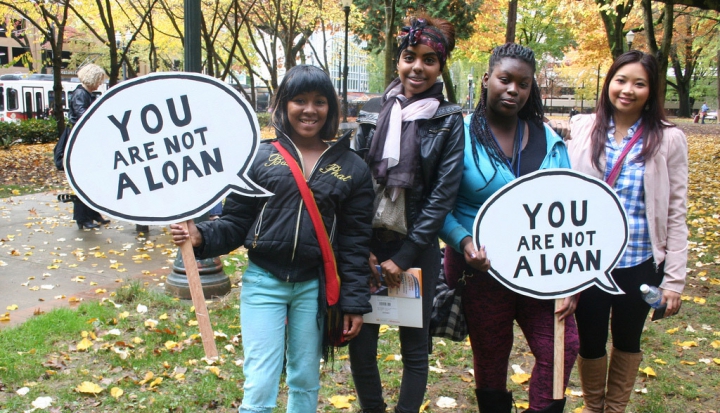 I know firsthand how hard it can be. It’s a daily struggle that now affects 1 in 5 American households. It affects your every decision. It’s a crippling feeling felt deep in the pit of your stomach. It keeps you up at night. As the student loan debt of America has crept over $1 trillion and many millennials expect to spend decades to pay for college, the problem with student loans is not going away any time soon.

Luckily, however, there are many universities and colleges—especially Catholic ones—that are helping their student to keep away from debt. Many reform groups are working to educate students on making smart financial decisions. The groups provide them with options other than jumping into debt without analyzing their financial situation first and thinking about the future consequences.

One group of student loan holders that are affected drastically are those who are discerning religious life. Many religious orders do not accept applications of those who have outstanding student loan debt. A study by the National Religious Vocation Conference, states that “every third person who inquires about religious life has an average student loan of $28,000.” It also adds that “7 out of 10 communities have turned some inquiries away within the last ten years because of educational debt.” That is a huge number of vocations that we are losing. “Some communities have no alternative but to ask potential candidates to delay their applications, or even worse, turn them away altogether” says Br. Paul Bednarczyk, the executive director of the NRVC, in a recent sidebar in U.S. Catholic’s February 2014 issue. With the number of religious vocations declining steadily over the past several decades, we cannot lose these applicants also.

Every once in a while you’ll hear a success story. Mary Beth Baker, who worked in a PR firm in Washington D.C. and who is now able to enter the convent of the Dominican Sisters of St. Cecilia in Nashville, found out yesterday that the generosity of strangers has eliminated her $25,000 student loan debt. The Dominican Sisters would not allow Baker to enter until the debt was taken care of. Others seeking aid to enter religious life are not so lucky. Stories of those turned down have become all too common lately.

We need to continue to support students along the way, whatever their vocation may be—religious or otherwise. We need to take a look at how our country is affected by student loans as a whole and reanalyze how this $1 trillion debt may be putting off aspirations or potential growth of the economy. We need to advocate for student loan reform groups to help them in their just cause. Maybe then the crippling, sinking feeling former students everywhere have will be what’s lacking instead of the funds to pay the loans back. 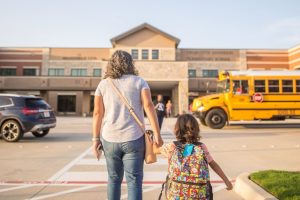