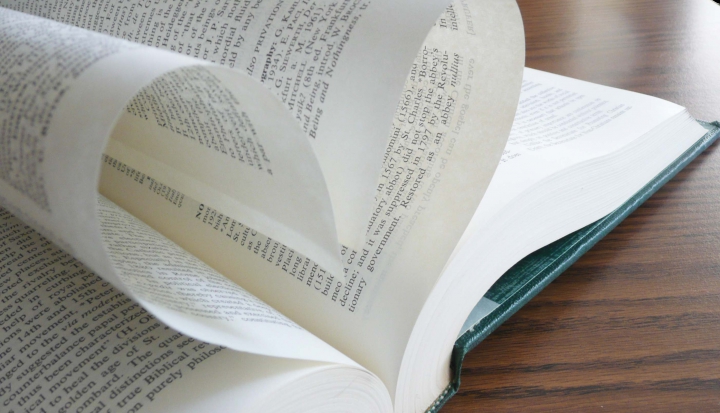 In his afterword to Here at Last is Love, critic Dana Gioia calls midcentury poet Dunstan Thompson “ambitious, original, mercurial, and uneven,” yet concludes that he “will never be a popular poet.” So then why should one read or, for those already familiar with his work, “rediscover” Thompson? Thompson’s biographical and literary identity are defined by tension and complexity, making him a case study for contemporary writers of faith—writers who engage tradition while experimenting with new forms of literature and new representations of belief.

A gay Catholic veteran of World War II, Thompson’s canon has been claimed for its progressive representations of sexuality, its deep theology, and its considerations of war. Thompson was a literary paradox, a man with complex public and private identities. The fate of his broader popularity is irrelevant to the decision to publish his selected poems. Gregory Wolfe, the volume’s editor, recognizes that Thompson captures a Catholic literary tendency that is innate: the tension between sinner and saint, between art and belief.

Wolfe’s decision to bookend the text with essays—his biographical introduction and Gioia’s critical reconsideration—provides essential context to this project. Although Thompson published several books during his life, his poems have never been selected or collected in full. A single critical volume has been devoted to his name, but Wolfe notes that the book’s own editors described it as a cacophony of essays.

Gioia warns against placing our own assumptions that the themes of Thompson’s poetry directly reflect his biography, noting that many think “he changed [in artistic voice] from a glorious gay pagan celebrating the world, the flesh, and the devil, to a pious Catholic contemplating eternity, the soul, and salvation.” In reality, as in his poetry, Thompson’s life was one of “continuities and dislocations.” Gioia suggests that Thompson, in effect, had two lives. Although that double existence created tension, it also sometimes coalesced—as in Thompson’s devotion to his longtime partner and literary executor, Philip Trower. Trower converted to Catholicism, and the two lived together in celibacy.

Although the critical context is welcome, Here at Last is Love is mostly a selection of Thompson’s finest poetry, and there is much here to enjoy. Thompson’s oeuvre is broken into two periods, defined by style and content. Gioia describes the poetry of Thompson’s early collections, published during the 1940s, as “expansive, ornate, dramatic, and confessional.” In this era, he wrote poems of love and lust, abound. The latter period, including the work that was posthumously gathered in 1984, is described as “austere, urbane, controlled, and quietly confident.” This later work “eschews emotional fervor for measured reflection,” and is more formally experimental and diverse.

Wolfe’s editorial selections from these two time periods support this analysis. An early sonnet, “This Loneliness for You Is Like the Wound,” recounts a general’s visit to the bed of an injured soldier. The general gives the soldier “a diffident embarrassed kiss”; the soldier smiles to “soothe” the commanding officer. Yet “once that medaled moment passes” and the general continues on his rounds to other soldiers, the subject of the poem dies. It is an abrupt shift in subject, but Thompson intends it to be interpreted as an analogy. The poem as a whole is written to the love interest of the speaker, and the soldier’s wound “that keeps [him] patient in his bed” is a metaphor for longing. Curiously, the poet inserts his voice and perception into the poem’s final couplet, calling into question the metaphor that he has established: “Yet now, when death is not a metaphor, / Who dares to say that love is like the war?” The move might appear heavy, but it reflects Thompson’s unwillingness to lapse into unchecked sentimentality.

But what reason would Thompson have to be so cautious as to not appear overly emotional in his verse? His sexuality might not have been frail, but his anxiety in presenting that sexuality—particularly in a military setting—would likely have been present. This narrative play and insertion of poet into narrative is common in Thompson’s work. For example, sequential poem “Jack of Hearts” begins “Loving you more than myself, I offer only / The mirror broken.” The wounded narrator remains clever: “Exaggeration of sensation shows / The poet loves a person not a poem.” Yet, he goes further to say, “All poems are praise, all lust a kind of love.”

Later in his collection, Thompson shifts from coy play to mature laments, as in “This Life, This Death,” noting that signs of mortality are “to be met with everywhere / . . . Among the mocks, the mirrors, murder books, / Where youth is spent, the runner lost his race, / And age, a waning passion for the truth / Sets up his half-way house beside the lake.” His earlier poems hold technical skill, but sometimes Thompson sounds like he was sermonizing from the mount.

For instance, compare the youthful baroque style of “This Loneliness for You Is Like the Wound” with the later, smoother “Youth,” which begins “Only the old are grateful. Not the young / Who snatch their present like wild birds that feed / In winter, thankless, bear it off.” It might not be fair to assess a poet chronologically, but Thompson fares well under such analysis. A young poet could have the prescience to critique youth, but an older poet truly feels the complex sting of looking back to the past, when those “whose jewel-like eyes / Glitter with instant fame, perpetual noon; / Who lavish on themselves a lifetime’s prize. / Yet see them now as what they are—in flight / From childhood, eager, frightened, soaring off / To lonely falls.”

Thompson turns that same level of complexity and reflection to the Catholicism that had again become a guiding force later in his life. In the powerful poem “Magdalen,” he treats the title character with care and compassion: “The world she knew was all the world could be— / Charming, deceitful, glazed with color, cold; / A treasure house disgorging broken beads.” Later in the poem, Thompson depicts the crucifixion with mention of Christ among the penitent thief, connecting the other criminal with the Pharisees “who roam / In packs” and the “mocking” soldiers “Bored and ashamed and blind.”

Thompson scans the scene, including Mary and others, but returns to Magdalen, “She, / Whose sins have had their share / In blossoming that tree.” This is a poetic theology of inclusion, and Thompson builds towards these moments patiently, incrementally: “Those tears are now for Him, / Not for herself; she weeps / Outside her life.”

Regardless of whether Thompson wrote of love, lust, or longing; no matter whether he wrote of belief or doubt, he always did so using what Gioia calls a “theological framework” in which the “sordid and sexual are inseparable from the supernatural.” Gioia affirms “Catholicism is a faith and a worldview, not an outcome.” Similarly, Thompson’s life and verse do not fit a neat narrative arc of redemption. Instead, we should rediscover and praise Thompson’s canon because his words are an artistic testament to how the paradox of faith is not very far from the other mysteries of existence, including love.