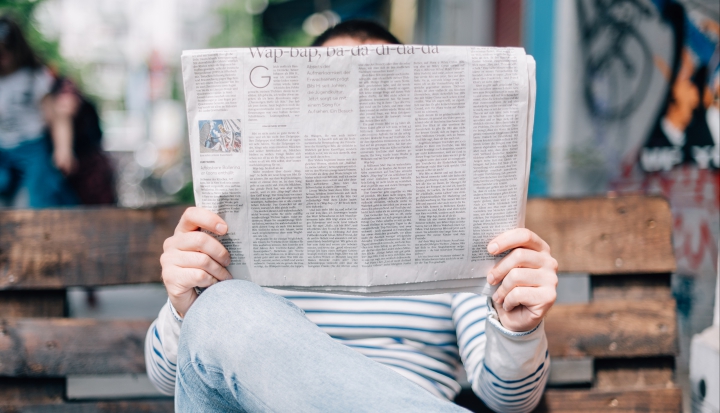 Is it just me or is the truth getting harder to find? It seems there is an increasing disagreement in our country over how to interpret both the news and the Good News.

For example, let me make my biases clear: The Bible tells me to welcome immigrants. Here’s where I’m getting that from: “When a foreigner resides among you in your land, do not mistreat them. The foreigner residing among you must be treated as your native-born. Love them as yourself, for you were foreigners in Egypt. I am the Lord your God” (Lev. 19:33–34). And here: “For I was hungry and you gave me food, I was thirsty and you gave me drink, I was a stranger and you welcomed me” (Matt. 25:35).

Perhaps you have decided at this point in reading that all the truths I hold are cast in concrete because of a particular political leaning. They aren’t. Just like you, I am actively, anxiously, aggressively seeking the truth. But a different way of reportage adopted by up-to-the-minute news outlets makes unbiased, well-researched truth harder to come by. In our haste to know everything right away, some of us ignore the deep reporting necessary to accurately understand the events of the day.

We have arrived at a crucial point. We desperately need a new line of defense, a way of hearing and critically discerning the news that genuinely serves the truth. As American citizens, this is our greatest weapon. As Catholics, it is one of our greatest obligations.

On World Communications Day in January of this year, Pope Francis urged the spread of a “journalism for peace” and with it, an active fight against fake news. The pope points to the detrimental influence of social media on the landscape of journalism: “The difficulty of unmasking and eliminating fake news is due . . . to the fact that many people interact in homogeneous digital environments impervious to differing perspectives and opinions.”

This disinformation, says Pope Francis, “thrives on the absence of healthy confrontation with other sources of information that could effectively challenge prejudices and generate constructive dialogue.” In short, when we get news from social media outlets like Twitter and Facebook we limit our experience to that which reaffirms our beliefs and which is not exposed to the cleansing air of critical debate.

Pope Francis further points to the contamination of “deceptive language.” The radical antidote to deception and fake news is an honesty of self that is committed to both a “freedom from falsehood” and “the search for relationship.”

Truth is naturally paired to communion with others, says Pope Francis: “An impeccable argument can indeed rest on undeniable facts, but if it is used to hurt another and to discredit that person in the eyes of others, however correct it may appear, it is not truthful. We can recognize the truth of statements from their fruits: whether they provoke quarrels, foment division, encourage resignation; or, on the other hand, they promote informed and mature reflection leading to constructive dialogue and fruitful results.”

Finally, Pope Francis puts the burden on the journalists who, he says, have “not just a job,” but “a mission” because “[i]nforming others means forming others.”

This is where the journalism for peace starts. Where it ends is with us, its readership. If we are committed to truth with our whole selves which requires active communion with others, a greater understanding of the world and the people in it will be the result. If that’s not what the actual point of the news, I don’t know what is. Inside of that truth, we will still disagree, but to quote politician Daniel Patrick Moynihan, “You are entitled to your opinion. But you are not entitled to your own facts.”

Molly Jo Rose’s column, In and Of the World, focuses on finding God’s goodness in the darkest places of the world.\