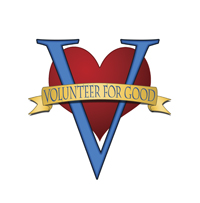 First it’s the homeless, people with AIDS, tree huggers, and union thugs, but why hate on volunteers?

Along with the other miniscule cuts to the budget that won’t put a dent in the deficit, the House plans to cut funding for AmeriCorps. As a former AmeriCorps volunteer through Amate House (10,000 people serve through Catholic groups, many of which are AmeriCorps programs), this cut is personal.

We may have made fun of the poorly written “AmeriCorps pledge” when we started: “I will get things done for America,” but truth is, volunteers do get a whole lot of things done for American communities, including teach in Catholic schools. Since 1994, 673,000 people volunteered for 774 million hours through the program (see factsheet).

Volunteering is about civic involvement and is subsidiarity at its best—helping people out of poverty at the most local level possible. Volunteers must work directly with the poor, with only a small percentage of their hours doing administration, and they can’t count advocacy work to their reward, an education credit of about $5,000 (taxed). Most already can’t afford to dedicate a year of their lives to the country for next to nothing, but at least this small gesture helps with loans and further education.

What’s most important about these programs, though, as I wrote in “Marked for life,” is the effect on the volunteers. They become engaged, informed members of their community and country (one former Jesuit Volunteer became a Senator–Bob Casey of PA).

But here’s the rub: Being in contact with the poor day in and day out and living simply without much money leads volunteers to empathize with the poor, so these engaged citizens know just how important all the programs that serve the poor are.

There’s a sidebar to the print version of “Marked for life” that didn’t make it online. It compares former Jesuit volunteers to the general population of college graduates. Former volunteers tend to be more Democratic. The breakdown for volunteers is 7 percent Republican, 62 percent Democrat, and 19 percent Independent, while college grads in the General Social Survey were 33 percent Republican, 30 percent Democrat, and 37 percent independent. I’m sure the numbers are similiar for non-Catholic volunteer programs.

AmeriCorps isn’t a partisan program, but Democrats support social programs, so volunteers vote Democratic. Now it makes sense why a GOP-controlled House wants to cut funding for volunteer program. By cutting volunteer programs, less people will go through the transformative experience of walking with the poor, and less people therefore will oppose balancing the budget on the backs of the poor.

Volunteers, however, won’t give up so easily, either for the programs that they want to see funded or themselves. Tomorrow is a day to save service, and more than 100,000 people have signed a petition on change.org.